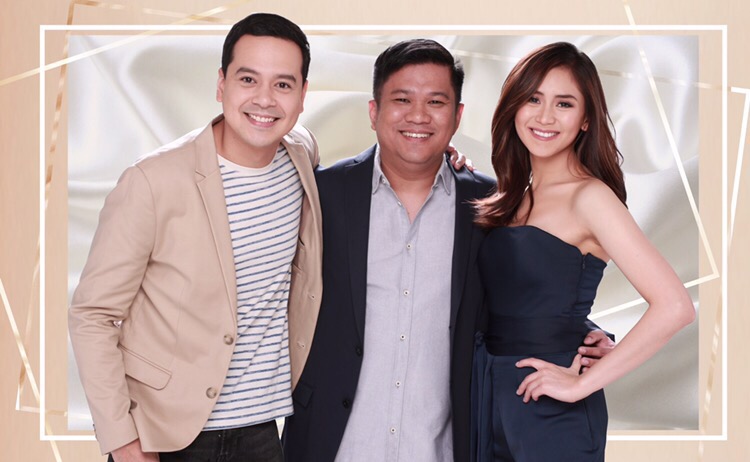 John Lloyd Director Theorode Boborol and Sarah GeronimoThe long wait is finally over for movie aficionados as ABS-CBN Film Productions Inc. (Star Cinema) opens the 3rd quarter of 2017 with “Finally Found Someone” – the biggest and most highly anticipated Filipino romantic-comedy (rom com) of the season starring two of the Philippines’ box office superstars,

Directed by one of the Philippine film industry’s fast-rising directors Theodore Boborol and with a story written and developed by Carmi Raymundo and Gilliann Ebreo, “Finally Found Someone” marks the much-awaited silver screen reunion of the mega blockbuster tandem of Cruz and Geronimo.  The power tandem’s last team-up was the smash hit “It Takes A Man And A Woman” way back in 2013, part of the trilogy that started it all --- “A Very Special Love” and which was followed by “You Changed My Life”, both also written by Raymundo.

Today, four years after the historic and phenomenal third and final installment of the love story of Miggy Montenegro and Laida Magtalas, Cruz and Geronimo are set to breathe life into the characters of Raffy and April – two totally different characters in a brand new story that retains Star Cinema’s signature excitement as consistently felt by moviegoers of all ages across the world, in its great tradition of narrating unforgettable romantic comedies.

Finally Found Someone is centered on the unexpected romance between Raffy Sandoval (Cruz), a PR hotshot who masterfully crafts lies for a living, and April Esguerra (Geronimo), an honest-to-goodness girl who has difficulty masking her true emotions. A PR crisis brings the two together, and they discover that they have so much in common despite the fact that they are polar opposites --- they are kindred souls on a quest for something that will complete their lives.

It will be very interesting to witness Cruz and Geronimo play the roles of Raffy and April --- which Raymundo and Ebreo created for them --- and see how love will fit in the picture in the lives of these two different characters: one, a cutthroat, career-driven overachiever while the other is an honest, sincere, and idealistic girl who believes in the power of true love.

This big-screen comeback of Cruz and Geronimo is a major event in the Philippine entertainment industry not only because it is their next collaboration after their last successful team up also but also because it will once again try to showcase their immense power in the box office as brought about by their exhilarating chemistry in the genre of romantic-comedy.

Geronimo who is dubbed the Philippines’ Popstar Royalty and is a widely followed concert performer, shared that while she wanted to go the route of a different genre, she could not forego the project: “Our (Cruz) connection is different.  Chemistry is a gift they say.  It’s a gift for some people, especially because we are able to use the project to give happiness.  We get surprised as to how we affect other people so we thank the Lord for people who continue to believe in us”.

It should be noted that “Finally Found Someone” is also the third movie of Borobol since the breakout box-office success of Star Cinema’s Metro Manila Film Festival 2016 entry “Vince & Kath & James” and “Just The Way You Are”.

Like his two successful flicks, “Finally Found Someone” will make one believe in love again.  It is a movie for every person who fell in love and got hurt, whose relationship did not work out, and for those who lost all faith in love. This romantic-comedy will convert every jaded heart into true believers of love because the journey of Raffy and April is the journey of everyone in the quest for that one person who will reciprocate the love one has to offer.

On his part, Box Office King Cruz who is on his own, known for his award-winning and poignant performances, still believes in finding the one. He shares: “I don’t think you’ll know.  When it hits you, that’s it. Honestly, I really don’t know.  In this movie, a lot of lines from Sarah hit to the core and made me think.   There came questions that entered my mind, and which I processed.  There will be come a day when that (the one) will happen so I am not losing hope”.

Fall in love with the inimitable tandem of John Lloyd Cruz and Sarah Geronimo all over again in Finally Found Someone, which hits cinemas in key countries worldwide this July and August: July 30 in Torino, Italy; August 3 Middle East, Brunei and Papua New Guinea; August 4 – US, Canada and Saipan; August 5 – Vienna, Austria; August 6 Rome and Milan Italy, Madrid, Spain, Copenhagen, Denmark and Malta; August 5, 6,8 and 10 United Kingdom; August 10 Australia and New Zealand; August 13 Hong Kong and Taiwan; and August 20 Singapore and soon in other countries.

Watch the official trailer at: https://www.facebook.com/KapamilyaTFC
For more information, visit www.tfc-usa.com/ffs; www.tfc-ca.com/ffs; emea.kapamilya.com or the applicable TFC facebook page in your area. 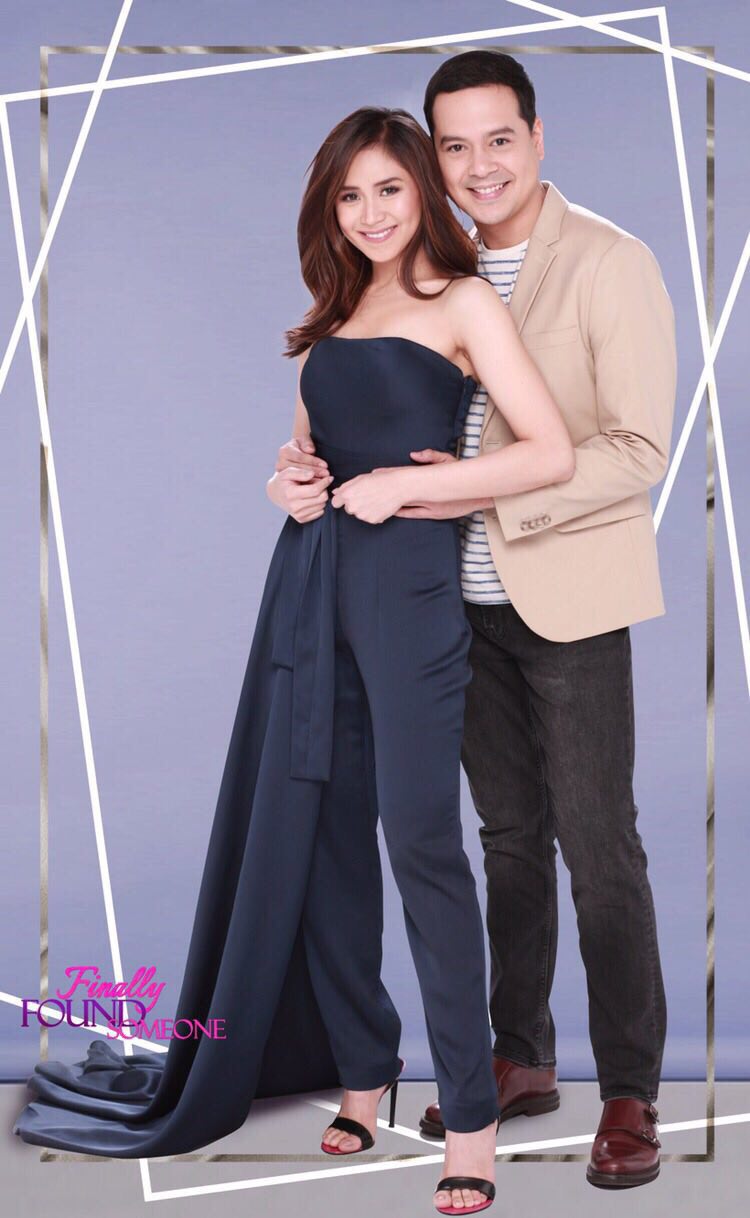 Sarah Geronimo and John Lloyd in Finally Found Someone 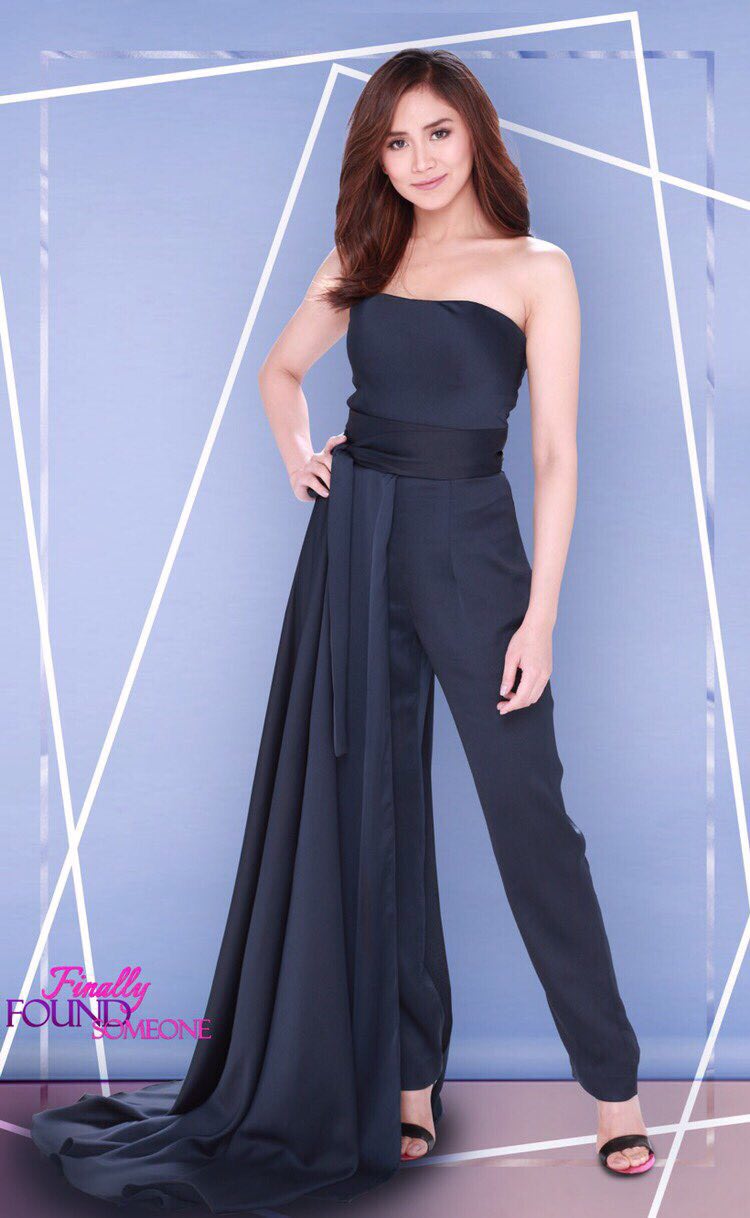 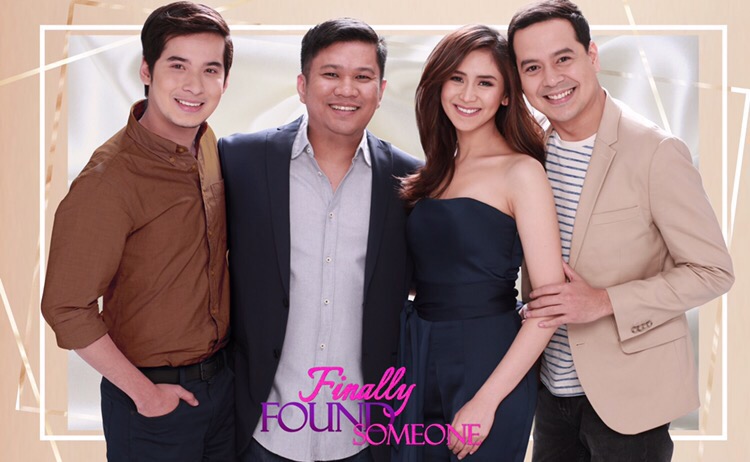 The cast and director of Finally Found Someone