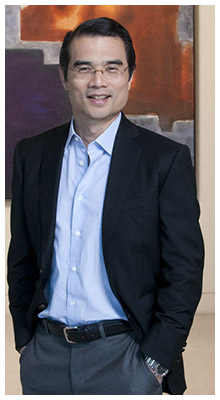 FPH chairman and chief executive officer Federico R. LopezFirst Philippine Holdings Corporation (FPH) Corporate Communications consultant Danilo A. Gozo had just retired from conglomerate Ayala Corporation in 2002 when he was invited by ABS-CBN chairman Eugenio Lopez III (EL3), also a member of the FPH board of directors, to come on board as an adviser to the Lopez Group.

At the time, FPH parent company of Lopez Holdings Corporation was at the height of its financial troubles, defaulting on $560 million in debt after its major investors were severely affected by the Asian financial crisis.

To Gozo, the challenge of taking on a situation that was “really bad” proved most attrac

Inspired by OML
“I figured there was nowhere to go but up. It was a perfect opportunity for a communicator to participate in an enterprise that would move forward and get better. I was really inspired by OML (FPH and Lopez Holdings chairman emeritus Oscar M. Lopez) when he explained the situation to me in a meeting. Steve (former FPH executive and director Steve Psinakis) was also there. I said, why not, not knowing what the results would be,” he recalls.

As an adviser, Gozo was involved in strategizing communication, analyzing issues and crafting messages. His inputs came as he saw them—honestly— without worrying about any repercussions.

Independence
In his mind, the Lopez Group was engaged in conflicting businesses. ABS-CBN Corporation was highly valued for its independence and credibility and, as such, it was naturally adversarial to any government that came to power. Meralco, on the other hand, had to be friendly with government so that its tariff could be favorably acted upon.

It took almost a decade, but eventually, FPH decided to reduce its holdings in Meralco and let go of management control.

As the Group’s financial situation improved, communication requirements shifted to addressing external stakeholders. The Integrated Corporate Communications department of FPH and First Gen Corporation under Gozo became a means to efficiently structure operations and reach out to target audiences. 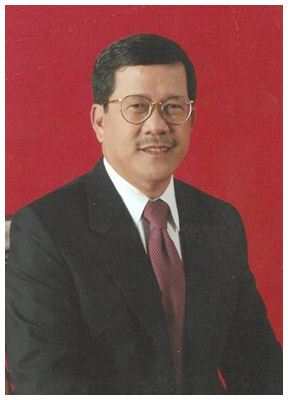 FPH Corporate Communications consultant Danilo A. Gozo For FPH chairman and chief executive officer Federico R. Lopez (FRL), it was time to let the public know about “the common purpose that inspires everything we do at FPH, and that is to uplift lives through key industries and infrastructure that advance national development.”

FRL says FPH’s vision and values have always been with the company “through two generations, and they continue to gather strength among the third generation of leaders at the helm today.”

Expertise in geothermal
Gozo says it is an appropriate time to change the perception of audiences toward FPH, and internationalize communications given that FPH is bent on pursuing ventures in other countries, particularly involving its expertise in geothermal energy development.

“Our core businesses are geared to support our country’s potential as it takes its place among the world’s fastest- growing economies,” says FRL.

Gozo recalls how the late Eugenio Lopez, Jr. (ELJ) got him to be a consultant for ABS-CBN when he left government service in 1988, and was banned from being hired in a permanent capacity by any communication company.

“I feel I owe Kapitan (ELJ) a debt of gratitude because he helped me a lot. That stint at ABS-CBN stabilized my life, and I feel I owe it to be part of the enterprise he and his brothers have nurtured.”

Hence, he is looking forward to more positive developments in both the business and communication aspects of the FPH story.

More good news
“We are still a long way from being perceived the way we want to be. There is definitely more good news going forward, and I want to be a witness to those successes, in much the same way that I witnessed the low points,” he says.

FRL’s message to LopezLink readers: “We believe in a bedrock purpose deeper than the bottom line, and that we are anchored on the Lopez Values to sustain us through the most trying times. For us, doing ‘good’ business means succeeding while upholding our commitment to our various stakeholders.” (By Carla Paras-Sison)