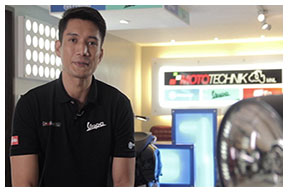 James Yap's business to be featured in My PuhunanBroadcast journalist Karen Davila tells the story of how a man who grew up in the slums overcame hurdles to become a millionaire by retirement in “My Puhunan” this Wednesday (Nov 27).

Life wasn’t easy for Arthur Tugade and his nine siblings, but he was able to finish school through a scholarship program. Arthur had worked for a company for a long time until he decided to put up his own business when he was 59.

Arthur’s nine-year-old company now brings in P7 million a month. Since becoming successful, he has ventured into other businesses and now owns a gas station, a travel agency, and a clothing factory.

Mutya ng Masa Doris Bigorniamonth to recoup the money he initially invested in the business and has since earned at least P200,000.

Meanwhile, Doris Bigornia spreads hope and inspiration in “Mutya ng Masa” tomorrow (Nov 26) as she features the story of how a family from Tacloban is trying to rise above the tragedy.