Passing the torch: A CEO’s test of greatness 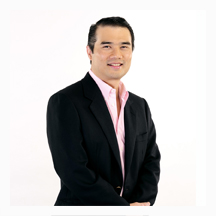 SUCCESSION and leadership transitions in the business world are always a most dangerous period in the life of any company. In many of the world’s largest corporations, the handover as it’s called, is just the theater stage behind which many difficult struggles and real emotional dramas play out.

But to be honest, any succession will always be a time for mixed feelings, and I’m sure glimpses of it were noticeable to some of you, most especially in our Tuesday CEO meetings at FPHC where my dad and I would both be present, sometimes looking at each other to see who would chair the meeting. I also recall a tense moment when Beth Canlas asked whether there would be any new directions for FPHC parent company upon which my dad quickly pointed to Nonoy Ibañez saying, “The parent company means you and me, right, Nonoy?” So I said to myself, either he forgot he appointed me chairman or I just lost my job.

On a more recent occasion my brother Cary was giving a report at a CEO meeting on the construction progress of my new FPHC office on the sixth floor saying, “They will be working over the holidays to finish the chairman’s office and it should be done a bit after the New Year.”

At which point my dad gave him a somewhat annoyed look, asking what work was going to be done on his room this time. Cary thought for a moment then uttered tactfully, “Uh no, that’s for the other chairman.”

To me the grace by which the transition took place masks many of the heroic and selfless decisions a leader must take on a professional and personal level as he plans a succession. In fact, management guru Peter Drucker calls this act of passing the baton “The Final Test of Greatness of a CEO.” Knowing the immense fondness my dad has for the FPHC group of companies and all the people who work here, I can only imagine the powerful emotions he feels each day just with the thought of leaving it behind….

As a young boy growing up I’d always imagine heroes as charismatic, daring and swashbuckling. Watching him through a lifetime, I now know that genuine courage and audacity can come cloaked in simplicity and humility.

It’s that selfless heroism he personifies that has made FPHC and the Lopez Group what it is today.

…I’d like to leave you with a little tidbit from Japanese history…. I don’t know how many of you saw the movie “The Last Samurai” starring Tom Cruise and Ken Watanabe playing Katsumoto. The latter was a romanticized version of a real Japanese historical leader named Saigo Takamori. Saigo was a six-foot, 200- pound Japanese samurai who helped depose the last of the Tokugawa shoguns and restored the Meiji emperor to power in 1868. Saigo… eventually bolted to lead the so-called Satsuma rebellion of more than 40,000 trained samurai in 1877.

The rebellion was all about Saigo’s concern that, under the emperor he helped place into power, Japan was blindly aping the West and modernizing too fast. The samurai had a vested interest in maintaining themselves as an elite class, with many privileges and time honored traditions anchored on their noble code of Bushido.

Eventually, Saigo’s Satsuma rebellion failed and he died along with 40,000 of the toughest samurai in Japan…. This stubborn refusal to foresee and adapt to the changing world around them was at the heart of why the samurai, despite their noble code of Bushido, no longer exist as a class today.

I close with this story because earlier this year we launched an awareness campaign for our Lopez values and Credo—our equivalent of the samurai’s code of Bushido. These values come from a powerful history that give us identity as a family and business group and have kept us on even keel through complex and difficult times. However, as we carry on, unlike the samurai, we should never fail to recognize that “the future cannot be like the past” and to thrive and prosper through the next 400 years requires that we are anchored through the permanence of timeless values, yet have the foresight to reinvent ourselves and adapt to a constantly changing world.