Mark YambotMark Yambot grew up in a home surrounded by books and believing in the power of reading to develop critical thinking and broaden one’s aspirations.  As head of Print Publishing and Ide8 (the branded marketing unit) of ABS-CBN subsidiary Creative Programs Inc. (CPI), he and his Books team are now in a position to nurture this love of books in today’s highlyconnected generation.

Joining ABS-CBN in 2007, Yambot first handled Business Development and Institutional Sales for ABS-CBN Publishing Inc. (API) and CPI. Previously in various leadership roles in Microsoft and Globe Telecom, he recalls being attracted by the immense influence of ABS-CBN on Filipinos.

“I always believed in the transformative power of content. I wanted to be part of that, and with my experience in IT and telco, I saw it as an opportunity to make a positive impact on ABS-CBN,” says Yambot, a business graduate of the University of the Philippines and the Asian Institute of Management.

In 2014, just as he was appointed managing director of API, the company’s core business of lifestyle magazines was challenged by shrinking demand and continued losses.   “At that point we had already discontinued 10 magazine titles over the prior 28 months, but we were still not profitable, and our revenue base was steadily shrinking,” Yambot recounts. “We needed a new source of sales…and coming from the success we had publishing Sen. Juan Ponce Enrile’s biography and DJ Chacha’s relationship advice book, we saw the potential market for doing quality books that captured the zeitgeist of the time. So with the support of our bosses Ernie Lopez (CPI president Ernesto L. Lopez or ELL), March Ventosa (SKY Cable president and chief operating officer), CVV (ABS-CBN COO-broadcast Ma. Socorro Vidanes) and Star Magic’s Mariole Alberto, we approached ABS-CBN artists who were potential authors and created several best-selling books with them.”

Yambot credits ELL as being instrumental to the success of ABS-CBN Books.  “Beyond motivating us and always challenging us to create better content, ELL has been hands-on with the recruitment of our biggest authors.”

One of these was the late Sen. Miriam Defensor Santiago. “I still remember that morning Sen. Miriam met us in her living room. She was in her pajamas explaining that she had previously authored 19 serious legal books…and was curious that we were pitching for her to do a book of jokes and pick-up lines! ELL convinced her that there was a market for the book we were proposing because Filipinos love to laugh. Sen. Miriam eventually agreed, and 15 weeks later, we launched ‘Stupid is Forever,’ the most successful book in recent history.”

As they continue to try to sign up new authors, ELL and Yambot are often asked if books are still relevant today. Are people still reading?  Yambot answers emphatically: “More than ever. You know, five years ago, people believed that with the rise of digital platforms, demand for physical books would shrink. But the opposite happened. The same digital platforms that were supposed to render books obsolete inspired a new generation of readers and writers as well as allowed for good stories to be more easily discovered. Social media made it more cost effective to create buzz and promote books to fandoms. And with the competitive e-commerce space, books can be ordered through online stores and delivered at affordable prices. It’s almost ironic, but you can say that our books business is really powered by digital,” he says. The book industry may look staid and predictable to outside observers, but Yambot says that every day is a battle for survival.

“Traditional retail channels have become cautious in stocking books, costs are going up while the market is more discerning since there are so many more options for content. We now compete for attention not only with traditional and social media, but also with streaming content and even gaming. Thus, we need to be better than everyone else in publishing and promoting timeless genres like romantic fiction and cookbooks while developing the next ‘super bestsellers.’ This is because the book industry, like most content formats, is sustained by its hits. We also have to look beyond the domestic market and publish books that will appeal to international readers.”

As such, Yambot is attempting to maximize the digital space to keep ABS-CBN Books competitive. The Books team has been using social media, Wattpad and the ABS-CBN Books UGC (user-generated content) platform NoInk to discover new stories and their next superstar author. As proof, he explains that Books head Kristine Hernandez and publisher Khuey Garces discovered their most successful authors like Queen Elly (“The Wrong Message” “Vince and Kath”), Binibining Mia (“I Love You Since 1892”) and Joena San Diego (“Letters to Solana”) through Wattpad and Facebook. And this September, ABS-CBN Books will be launching its first titles by international Wattpad and Asianfanfics writers Gaby Cabezut of Brazil and Priscilla Wu of Korea.

“We also need a strong video play.” While e-books are a growth area, Yambot observes that there is an opportunity in creating videos on their books and authors. “YouTube gives our stories the highest possible discoverability. For the balance of 2019 we will be growing our subscriber count while using our channel as a laboratory to understand how to best monetize our content via audiobooks, book excerpts, reviews, author features and related content. The same way we were able to make our authors successful by earning from printed books, we also want to make them successful on digital…because at the end of the day, the continued success of a publishing house is dependent on the authors that it is able to attract and develop.”

The ABS-CBN Books team members are banking on their pioneering entrepreneurial spirit to bring out the best Filipino stories by constantly innovating the reading experience. His message to “LopezLink” readers: “Thank you for supporting ABS-CBN Books. If you have a book idea or a manuscript that you believe should be published, please come to us. We are always open to new stories. Oh, and of course, keep on reading.” 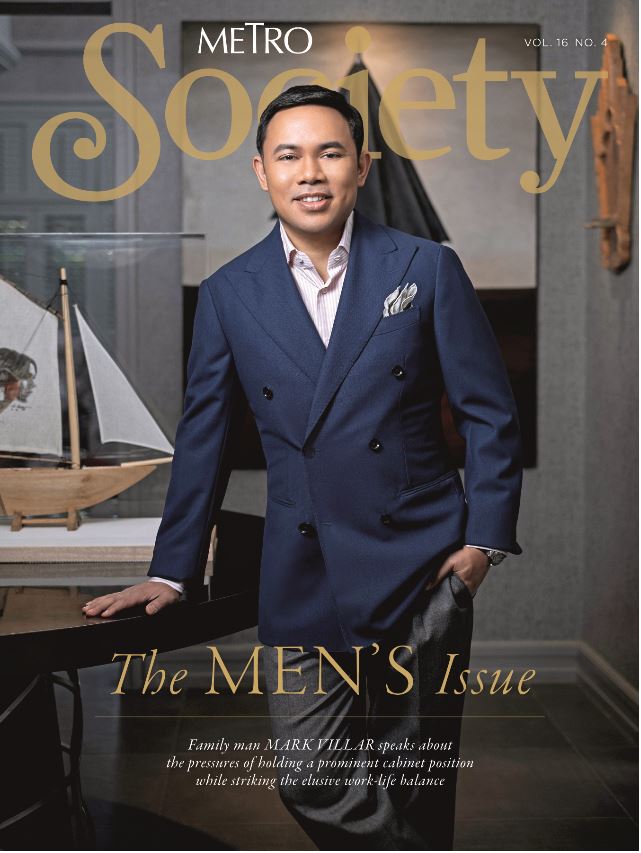