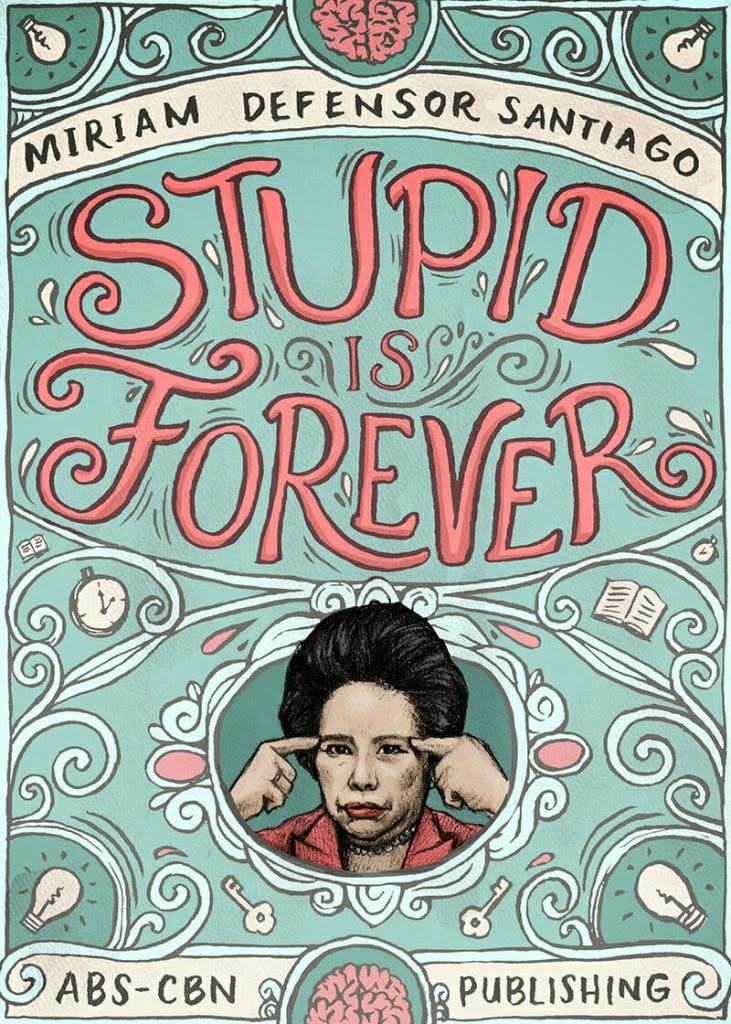 “Stupid is Forever” by Sen. Miriam Defensor Santiago has sold over 110,000 copies since its launch in December and is now on its sixth printing, making it the fastest best-selling title of 2014. It is a collection of Santiago’s punch lines, jokes and one-liners, and features illustrations by CJ de Silva-Ong, Manix Abrera, Elbert Or, Rob Cham and many more. “Stupid is Forever” is exclusively available at National Book Store. (Story/Photo by: Katherine Solis)

Get the newest issues of your favorite magazines at leading bookstores and magazine stands nationwide. To download, users on Android devices must download the Zinio app from the Android Market. The app is also available through the iPad App Store. PC and Mac users can access Zinio at zinio.com. You may also subscribe to your favorite ABS-CBN Publishing magazines or purchase current and back issues by logging on to http://store.abs-cbn.com/categories/Magazines/Current-Issues/.