Miriam launches sequel to "Stupid is forever" on 70th birthday 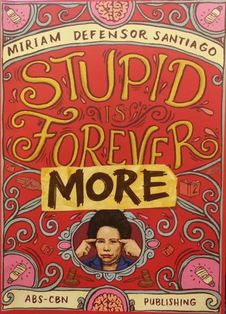 STUPID IS FOREVERMOREBarely half a year since the launch of the phenomenal bestseller “Stupid is Forever,” Sen. Miriam Defensor Santiago and ABS-CBN Publishing release a second “stupid” book. After selling more than 350,000 copies, Sen. Santiago is back with a sequel that is packed with more jokes, clever one-liners, silly pick-up lines, stirring speeches and, even, a short story.

Titled “Stupid is Forevermore,” the book promises to give her fans more reasons to love her on her 70th birthday.

The much awaited book is divided into several topics including politics, religion, morality and romance. “Stupid is Forevermore” definitely reflects, once again, the eloquence and wit of the beloved senator.

But aside from the lighthearted quips, the book also takes a serious tone through the moving speeches by the senator during various occasions. In one of the speeches, Miriam points out how the youth can be participative through social media. She urges young people to be critical about the political process and to use the power of social media to be vocal against corrupt politicians.

At 70, Miriam remains one of the most feared senator in the country, yet the most admired person across generations because of her cool charisma and intellect.

As a decorated scholar and public servant, Miriam adds another accomplishment in her resume as the author of the fastest best-selling book of 2015, “Stupid is Forever.”