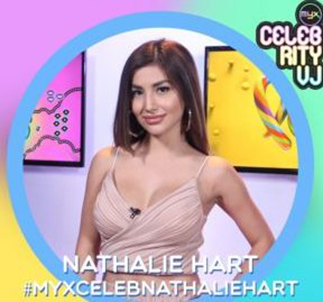 Nathalie HartNathalie Hart joins the summer fun as MYX Celebrity VJ! The “Sin Island” star ushers in the hottest tunes from the local and international scene for all music lovers.