The 85th Academy Awards live on Velvet Channel on Feb 25 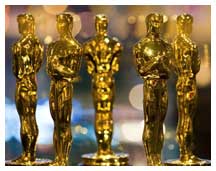 The much-awaited 85th Academy Awards, more prominently known as the Oscars, will once again set the stage to honor the best in cinema. It will air live and complete from Dolby Theater on Velvet, the premier channel for red carpet events in the Philippines.

Steven Spielberg’s “Lincoln” led the field with nominations for best director, picture, actor (Daniel Day-Lewis), supporting actress (Sally Field) and supporting actor (Tommy Lee Jones). The historical film is about the 16th president’s attempt to pass an anti-slavery amendment to the Constitution before the end of the Civil War.

Coming next with 11 nods was the visually stunning “Life of Pi”, Ang Lee’s adaptation of Yann Martel’s award-winning novel about an Indian teenager and a Bengal tiger adrift in a lifeboat. The story of their struggle for survival in the open sea was nominated for best picture, best director, and best cinematography.

Other notable nominations include the best picture award for Quentin Tarantino's Western tale "Django Unchained", the powerful "Amour", and the magical "Beasts of the Southern Wild". Also, the oldest and the youngest nominee will compete in the best actress category: 85-year-old Emmanuelle Riva (“Amour”) and 9-year-old Quvenzhané Wallis (“Beasts”).

The 85th Academy Awards will include a tribute to the James Bond movie franchise, which is celebrating its 50th Anniversary this year. It has been a celebratory year generally for Bond, with "Skyfall" earning spectacular reviews and grossing more than $1 billion worldwide, the first time the franchise has crossed that mark.

Hosted by “Family Guy” creator Seth MacFarlane, the live and complete telecast of the 85th Academy Awards will premiere on Philippine television via Velvet Channel on February 25 starting at 6:00 a.m. with the red carpet/arrivals special followed by the main ceremony at 9:30 a.m. Velvet (SkyCable Channel 53) is available on SkyCable Platinum, SkyCable Gold, SkyCable Silver and other quality cable operators nationwide. For updates, log-on to http://www.velvet.com.ph/ and http://www.facebook.com/VelvetChannel. (Story by: Katherine Solis)