“Dyesebel” is most watched program in Philippines 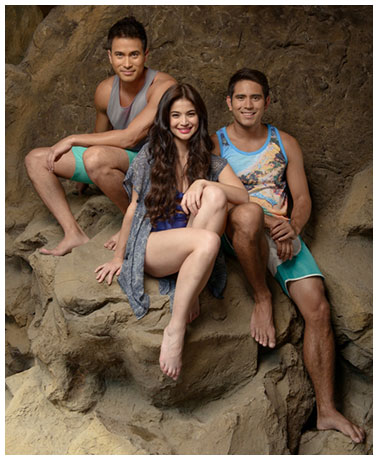 “Dyesebel” is most watched program in PhilippinesABS-CBN’s biggest teleserye offering for 2014 “Dyesebel” won the hearts of primetime TV viewers as its pilot episode clinched the number one spot on the list of the most watched TV programs in the country.

According to the data from Kantar Media on Monday (March 17), the fantasy series topbilled by Anne Curtis, Gerald Anderson, and Sam Milby scored a national TV rating of 32.8%, or almost 15 points higher than its rival program on GMA “Kambal Sirena” (17.9%). Aside from TV ratings, the latest TV adaptation of the Mars Ravelo classic also conquered social networking sites such as Twitter, where the show's official hashtag #DyesebelAngSimula became one of the worldwide trending topics. Meanwhile, primetime TV viewers will fall even more in love with the new Kapamilya serye as Lucia (Dawn Zulueta) gives birth to her and Tino's (Albert Martinez) child, who they will name Dyesebel. How will Dyesebel face her fate as the only living half-human and half-mermaid? Will she successfully unite the two worlds that have been at war for a long time?