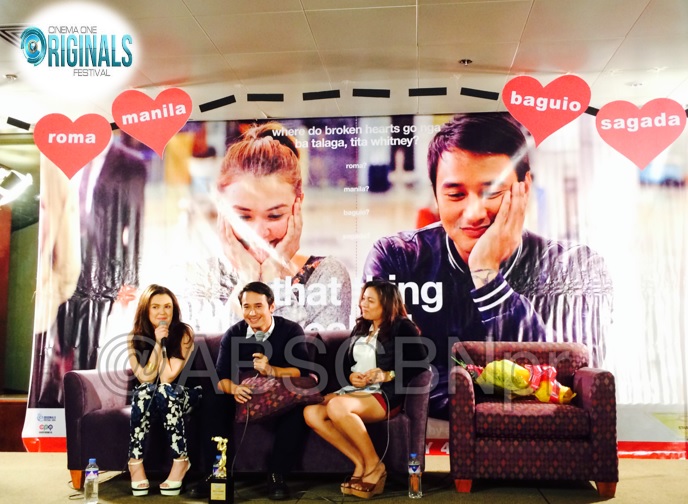 The Cinema One Originals breakthrough movie of Antoinette Jadaone is tagged as the “Ultimate Hugot Film” of the year, with thousands praising it for its simple yet exceptional storytelling. Angelica Panganiban and JM de Guzman star in the romantic-comedy hit, which bagged the Audience Choice Award and Best Actress Award for Panganiban last November at the Cinema One Originals film festival.

The sought after filmmaker has been making waves in the industry since her critically acclaimed Cinema One Originals 2011 entry, “Six Degrees of Separation from Lilia Cuntapay,” which won six awards at the Cinema One Originals film festival. For the 2014 film festival, Jadaone submitted “That Thing Called Tadhana,” which she calls as her dream film. Its screenplay received its first seal of approval even before it was filmed when it won the prestigious 2014 Don Carlos Memorial Palanca Awards for Literature where Jadaone won third place.

Jadaone’s romantic film was picked up for nationwide distribution by Star Cinema, ABS-CBN’s film outfit its pre-Valentine’s offering for the year.

“That Thing Called Tadhana” is a story of two Filipino strangers, Mace (Angelica Panganiban) and Anthony (JM de Guzman) who meet in Rome and eventually travel together up north to Baguio and Sagada in search for the answer to the question: “Where do broken hearts go?”