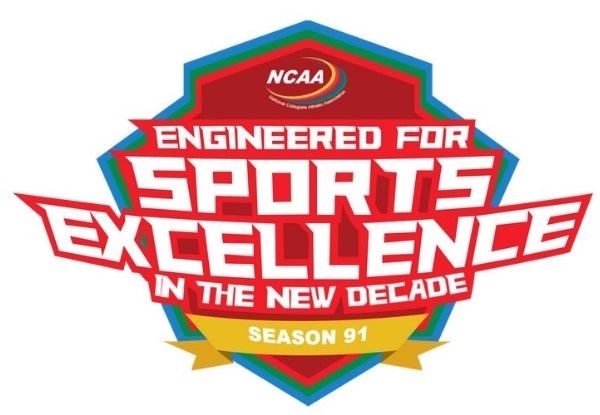 The NCAA is the prestigious sports league consisting of ten colleges and universities in the Philippines. Founded and established in 1924, the NCAA is the longest-running athletic association in the Philippines showcasing the passion and talent of the Filipino youth in sports and their ability to show sportsmanship and camaraderie towards teammates and opponents.

Now on its 91st season, the NCAA continues to further its goal to enhance the different talents of the youth in sports year after year especially with the central theme this year, “NCAA: Engineered for Sports Excellence in the New Decade.”

Mapua CEO and NCAA President Dr. Reynaldo Vea said that he is expecting a more exciting NCAA season this year not just in basketball but in other sports as well. “With the amount of support we receive from the participating teams and with the preparation of this year’s host school (Mapua), I cannot wait for the games to begin,” enthused Vea during the media launch last June 22, Monday at the Mall of Asia Arena (Pasay City).

During the media launch, the organization also formally announced its reunion with television giant, ABS-CBN, as its official broadcasting partner for a decade starting with this season. With ABS-CBN Sports + Action recently scoring a worldwide audience through TFC, more NCAA fans all over the world can witness the collegiate action, anytime and anywhere in the world.

During the media launch Dino Laurena, ABS-CBN head for Integrated Sports, excitingly said after the formal reunion, “love is sweeter the second time around.” “There is definitely no looking back but only going forward. Together with NCAA, ABS-CBNs seek to engineer sports excellence in the new decade enhancing the passion and capabilities of the Filipino youth. We will seek to achieve greater heights and bigger accomplishments as we journey to the NCAA’s first centennial,” Laurena shared to the press and the members and participating teams of the league.

ABS-CBN Global Content Head Ned Legaspi is also one with Laurena in welcoming the league back to ABS-CBN and said, “With the NCAA back to its Kapamilya and TFC bringing ABS-CBN Sports + Action on board, we are excited to bring the league to a worldwide audience. Basketball fans all over the world would not want to miss the exciting action of the NCAA Season 91!”

The NCAA Season 91 will open with a ceremony centered on this year’s theme followed by the much-awaited basketball competition starting with a pair of explosive games featuring reigning five-peat champion San Beda College (Red Lions) versus this season’s host school, Mapua (Cardinals). The next match-up on Saturday will feature last season’s first and second runners-up Arellano University (Chiefs) and Jose Rizal University (Bombers).

With the Red Lions out to extend its dynastic reign to six seasons and College of Saint Benilde (Blazers) out to defend its overall championship last season, who will reign supreme in the 91st season of the NCAA?

“Work hard, play harder” and do not miss the kick-off of the NCAA Season 91 as it unfolds the best of sports live this Saturday, June 27 (Friday, June 26 Eastern and Pacific time) on ABS-CBN Sports + Action on TFC’s platforms worldwide. Succeeding games of the league, meantime, will be shown every Tuesday, Thursday, and Friday. Check your regional schedules for live telecasts and replays. (with additional reports from abscbnpr.com). (Story/Photo by: Somewell Aljames Gadiane) 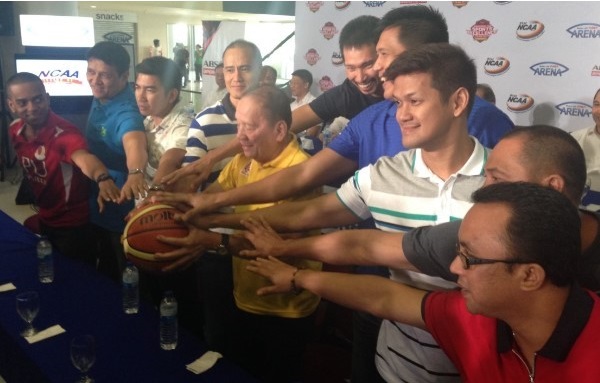 Coaches Of The NCAA Season `91 Which Will Air Worldwide Via ABS-CBN Sports + Action, Make A Symbolic Hand Gesture To Signify The Sportsmanship And Camaraderie That The Collegiate Competition Wishes To Achieve. 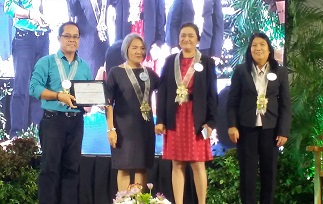