Your week with TFC: Jericho Rosales to grace back-to-back TFC events in Canada: Manitoba Street Festival in Winnipeg on August 22 and Taste of Manila in Toronto on August 22-23 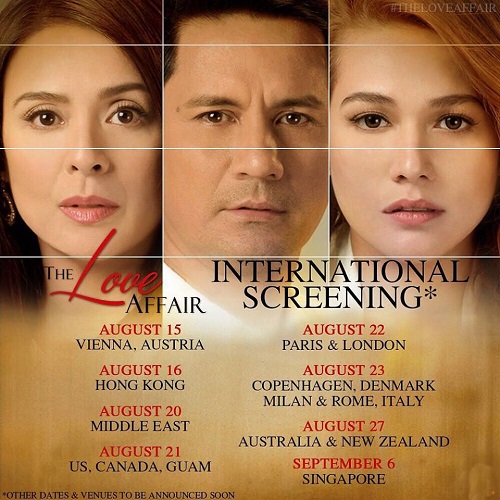 Bea Alonzo and Richard Gomez.... Richard Gomez and Dawn Zulueta.  In this movie about love, marriage and infidelity, nothing is what it initially seems.

After successful screenings in Vienna, Austria and Hong Kong on August 15 and 16, respectively, and then opening in UAE, Qatar, Bahrain, Oman and Kuwait on August 20, TFC@theMovies is bringing the much awaited love triangle of three of the finest actors in the Philippines today via Star Cinema's The Love Affair to the U.S., Canada and Guam starting August 21, Paris, France and London, UK on August 22, Copenhagen, Denmark, Milan and Rome, Italy on August 23, Australia and New Zealand on August 27, and Singapore on September 6.

Audiences and critics in the Philippines are raving over The Love Affair which already grossed PhP100 million in just six days. Bea Alonzo, Richard Gomez and Dawn Zulueta deliver stellar performances in a movie that will make you throw all your assumptions away from what you've seen in trailers and write-ups.  Relationships are unpredictable and so is the storytelling of this latest film opus by director Nuel C. Naval who helmed the classic "Magkaribal (Rivals)" series and 71 episodes of "Maala-ala Mo Kaya (Would You Remember?)", the longest-running Philippine drama anthology on television.  The film also stars Tom Rodriguez, Ina Feleo, Tonton Gutierrez, Manolo Pedrosa, Grae Fernandez and Jane Oineza.

There is so much anticipation for the The Love Affair that TFC@theMovies is bringing this Filipino film to a record 75 theaters in North America, 61 in the U.S. and 14 in Canada.  Moviegoers in Missouri, Arkansas, Wisconsin, New Orleans, Connecticut and Pennsylvania can now watch a subtitled Filipino film in local theaters. For a complete theater listing in North America, visithttps://tfc-usa.com

For screenings in Australia and New Zealand, visithttps://www.facebook.com/TFCAustralia

For the screening in Singapore, visit https://tl-ph.facebook.com/TFCSingapore

NORTH AMERICA
2) Jericho Rosales to grace back-to-back TFC events in Canada: Manitoba Street Festival in Winnipeg on August 22 and Taste of Manila in Toronto on August 22-23

3) TFC goes to the American South via "Fiesta Ko Sa Texas 2015" on August 23, Sunday, at the Stafford Center

THEN GET READY FOR A SEPTEMBER TO REMEMBER!!!

EUROPE
4) ASAP 20 Live in London at the SSE Arena Wembley on September 6, Sunday!!! And there is a special for all fan clubs!

For all the ASAP fan clubs in Europe, there is a special promo for those who want to catch the BIGGEST LIVE FILIPINO MUSICAL VARIETY SHOW at The SSE Wembley Arena on September 6! For details, call the TFC office +44 0 20 7244 4520 or for more information on ASAP 20 Live in London and how to purchase tickets, visit http://www.asap20inlondon.com 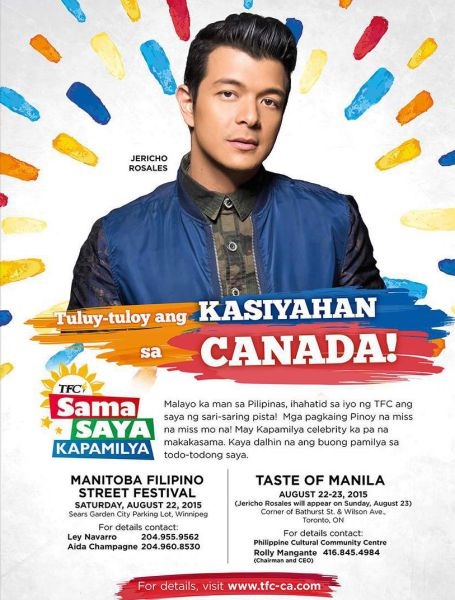 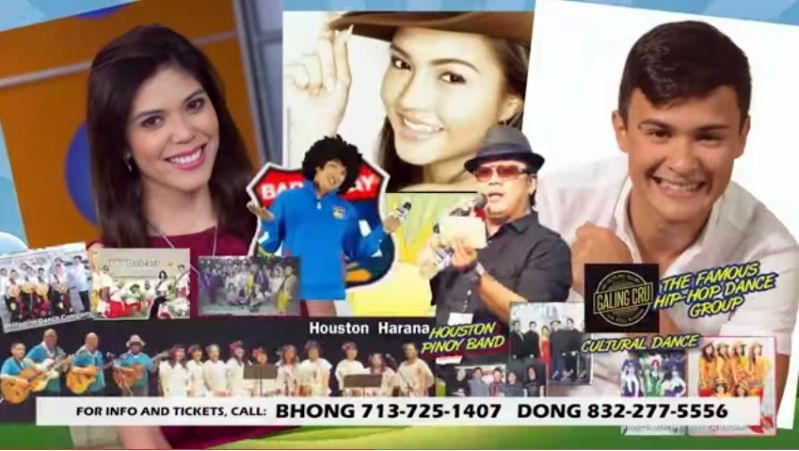 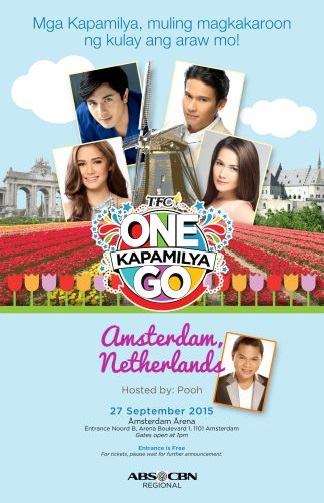