UAAP Volleyball set to fire away on ABS-CBN Sports + Action 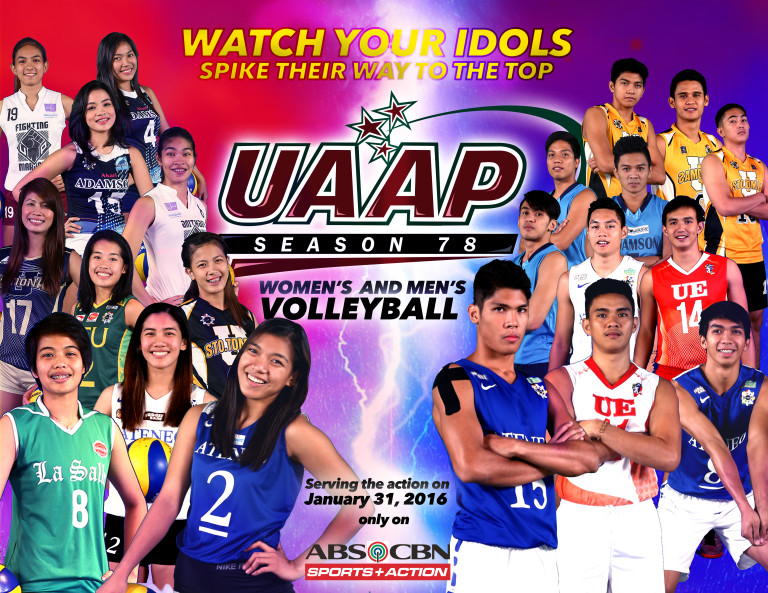 The eight participating schools have been hard at work for the upcoming season and it looks like that the action that will take place will be hard to gauge. Fans can look forward to more competitive and exciting games with all the teams strengthening their lineups to contend for the crown, currently held by the Ateneo Blue Eagles and Ateneo Lady Eagles for the Men's and Women's divisions, respectively.

Players to watch for Ateneo are Season 77 Most Valuable Players (MVP) Marck Espejo and Alyssa Valdez, for Adamson University it's Michael Sudaria and Mylene Paat, for De La Salle University it's John Onia and the returning Ara Galang, while Far Eastern University has Greg Dolor and Bernadeth Pons leading the charge.

Tune in to the games every Wednesday, Saturday, and Sunday starting January 31 as the UAAP Season 78 Volleyball season commences on ABS-CBN Sports + Action, after the pre-game show “Upfront at the UAAP.” For more info about the players and the teams participating, visit sports.abs-cbn.com, and follow their Facebook and Twitter (@abscbnsports) accounts. (Story/Photos by: Kane Errol Choa)