Top up your SKYcable TV plan with AMC! 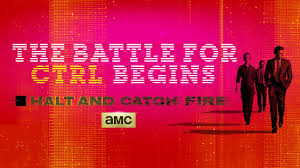 SKYcable and AMC Bring Extraordinary Stories and Ground-breaking Visual NarrativesFans of premium shows, masterpiece films, and timeless dramas now have a cable tv channel they can enjoy. AMC, home of modern greats such as Mad Men, Breaking Bad, and The Walking Dead, is now part of SKYcable’s channel line-up. Formerly the MGM Channel, AMC will also air films from the world’s best studios such as MGM, Paramount, and Sony – movies that even the most discerning fans will love.

Filipino viewers now have a gateway to the cinematic original programs produced by AMC Studios. The newly launched channel aims to provide fans a convenient way to enjoy the heart-wrenching stories they crave. Among the studio’s latest work is Halt and Catch Fire and The Divide, two sure-fire hits that will air locally this year.

AMC is the only channel on air that can provide fans of premium content the finely-crafted films and shows they deserve. Available via Select, SKYcable subscribers can add AMC on top of their cable TV plan for only P50 a month. AMC can be viewed by MMLA, CAMANAVA/Rizal, Cavite, Laguna and Bulacan subscribers on CH 106, while subscribers in Cebu, Davao, Bacolod, Iloilo and Baguio can view it on CH 420.  Select is SKY’s innovative service where subscribers can add more channels to their cable TV plans – the most affordable way to customize and maximize everyone’s TV viewing experience.

Only SKYcable provides quality home entertainment with the widest-range of standard and high definition channels with over 190 channels and other top-of-the-line services such as flexible subscription options via SELECT; iRECORD that records, pauses, and rewinds live TV; as well as real-time coverage of live concerts and sporting events via FREE VIEW and PAY-PER-VIEW.