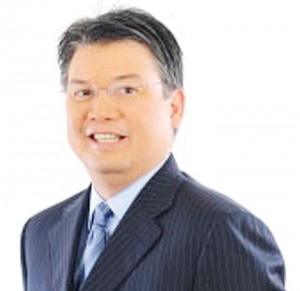 First Gen Corporation (“First Gen”) reported a US$44.6 million, or 37.7% increase in net income attributable to the parent to US$162.8 million from US$118.2 million for the first three quarters of 2014. The improved financial performance was driven by higher earnings contribution from the Santa Rita and San Lorenzo natural gas power plants (collectively, “the First Gas Plants”) and Energy Development Corp.’s (EDC) geothermal plants. This was partially offset by lower earnings contribution from First Gen Hydro Power Corp. (“FG Hydro”) due to lower water levels.

The First Gas Plants’ revenues were 4.1% lower from the previous year’s US$943.0 million due to lower average gas prices and lower dispatch. The lower electricity generated was due to the damage incurred by Santa Rita’s 250 MW Unit 40 main transformer last February 2014, which was re-commissioned in July 2014 after the installation of a new transformer. Despite this, the incremental effect of San Lorenzo’s upgraded capacity and higher availability was able to partially offset the drop in revenues. As a result, the First Gas Plants contributed US$88.6 million to the Company’s attributable net income for the first three quarters of 2014, higher than the previous year’s US$66.1 million.

EDC’s geothermal revenues were 12.2% higher than the previous period’s US$429.4 million. Its revenues grew by US$52.5 million mainly due to the electricity sales generated by the BacMan and Nasulo power plants. The reversal of impairment resulting from Nasulo’s commercial operation and receipt of insurance claims further boosted net income. EDC contributed US$112.4 million in attributable earnings for the period from US$57.0 million in 2013.

First Gen’s earnings were, however, partially reduced by higher administrative expenses due to payments of taxes, expenses related to project development, and interest expense at both the Parent and EDC due to fresh borrowings.

“Despite setbacks like Typhoon Glenda, there were significant positive developments this year. We have recently started full commercial operations of the 150 MW Burgos wind farm. BacMan is back online as we installed the new Toshiba turbine rotor for Unit 2. We expect to complete the same for Unit 1 in January 2015. The 49 MW Nasulo turned commercial last July. We expect these projects to contribute a full year’s worth of revenues in 2015. We are very much looking forward to additional capacities to our portfolio with the construction of both the 97 MW Avion and the 414 MW San Gabriel natural gas projects. They should start contributing to First Gen by early next year and 2016, respectively,” First Gen President Francis Giles B. Puno said.