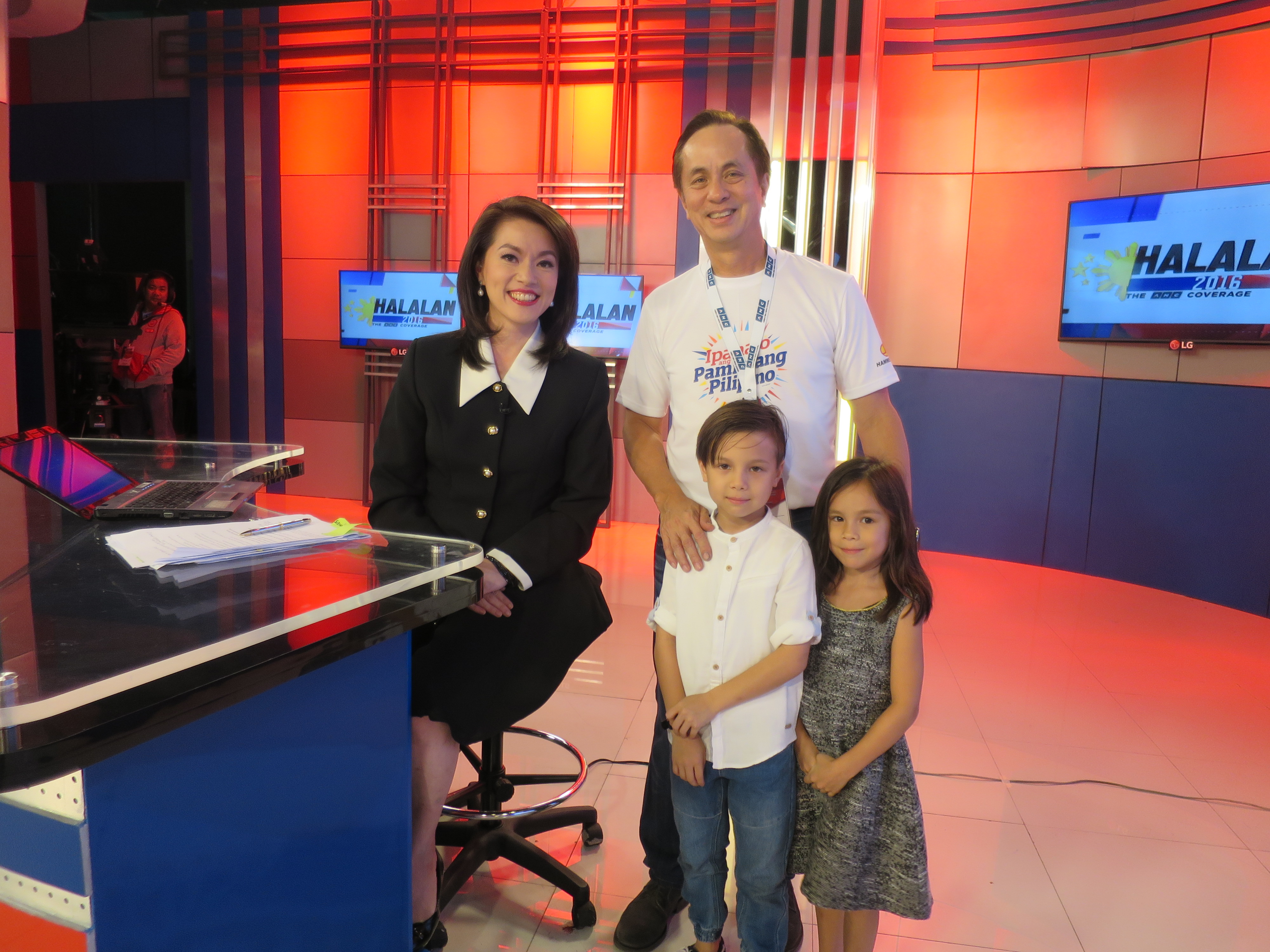 ANC anchor Cathy Yang (left) with ABS-CBN chairman Eugenio Lopez III who visited the #halalan2016 marathon coverage with the youngest election observers in the ABS-CBN studios, his grandchildrenABS-CBN Corporation continued to register huge viewership on both television and online for the month of May, with a 44% audience share compared to GMA Network Inc. with only 32%.

Additionally, ABS-CBN’s Halalan 2016 special coverage got 10.2% national TV rating versus 8% of GMA’s Eleksyon 2016 on the morning of election day. It also beat competition’s regular programs and special news coverage in the afternoon with 14.0%. The coverage also sustained its double-digit rating after “TV Patrol.” A day after the elections, Filipinos continued to tune in to ABS-CBN for election news. “Umagang Kay Ganda” won in the ratings with 10% to GMA’s Eleksyon 2016’s 7%. The rating also spiked to 17.6% as ABS-CBN wrapped up its special coverage before noontime. (Story/Photo by: Kane Ochoa)