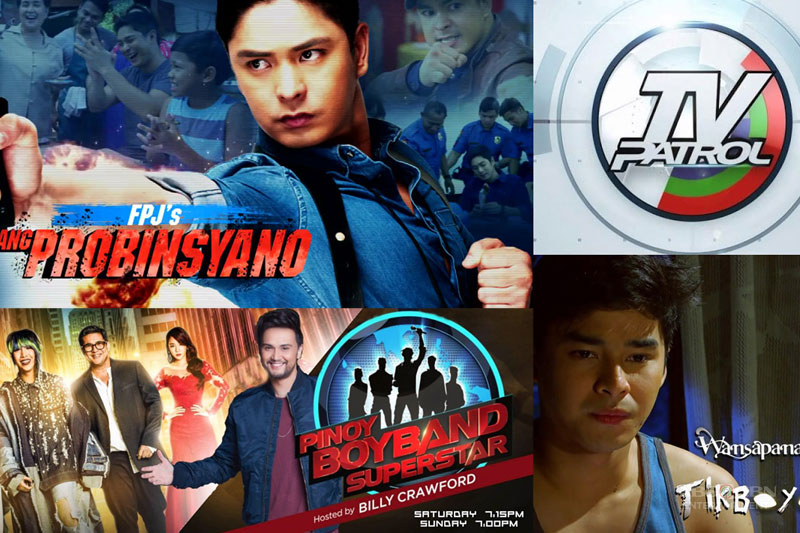 ABS-CBN captivated more viewers in September and registered a 46% average audience share nationwide in combined urban and rural homes as compared to rival GMA’s, which only got 34%, according to data from Kantar Media.

Eight out of the top 10 most watched programs last month were produced by ABS-CBN led by “FPJ’s Ang Probinsyano” with an average national TV rating of 39.2%. It was followed by “Pinoy Boyband Superstar” (34.5%) and “Wansapanataym” (34.2%).

“TV Patrol” remains the most-watched newscast in the country with an average national TV rating of 33.1% beating “24 Oras” with only 22.6%.

“Magpahanggang Wakas” instantly landed on the eighth spot and scored an average of 25.2% after it premiered on September 19.

Meanwhile, “It’s Showtime” is still the most-watched program on noontime, hitting an average national TV rating of 18.1% vs. “Eat Bulaga” with 13.0%.