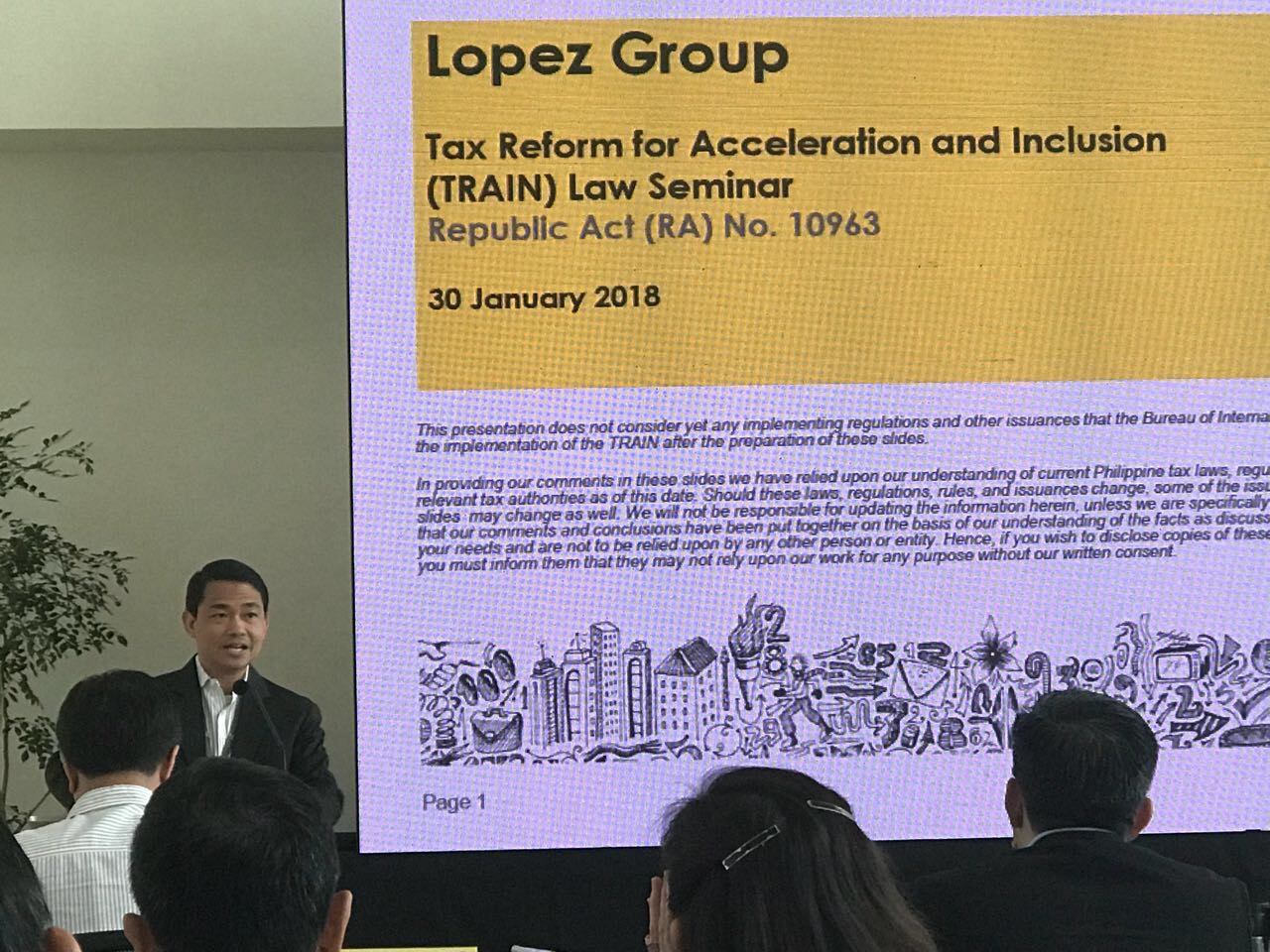 Among the points of interest were the following: removal of personal and additional exemptions for individual income tax payers; a reduction of effective personal income tax rates for all except for minimum wage earners, who are not subject to income tax; an increase in the stock transaction tax on publicly listed shares from 0.5% to 0.6%; donor’s tax set at 6% on any amount in excess of P250,000 per year; estate tax set at 6%; increase in tax-exempt 13th month pay to P90,000 from P82,000; changes in excise tax rates on automobiles, except trucks, and on petroleum products; changes in creditable withholding tax rates; doubling of documentary stamp tax rates, except for the sale of real property; and a new tax on sweetened beverages and invasive cosmetic procedures.
Rabaja said tax reform was necessary because the country’s personal and corporate income taxes were among the highest in ASEAN. In addition, fiscal incentives needed to be rationalized. Package 2 which covers corporate income tax will be introduced this year, programmed for implementation in 2019.
Government revenues as a result of TRAIN are expected to fund the Duterte administration’s Build, Build, Build program, education and social services. Such will grow the economy, create 2.6 million jobs in the next five years, raise inflation by 0.42% in 2018 but the effect will dissipate in succeeding years, and make borrowing and interest payments more affordable as the country continues to enjoy investment grade rating.

The Comptrollers’ Circle held a separate, more in-depth discussion of the TRAIN Law for Lopez Group staff members involved in its implementation and reporting on February 7. (CPS)