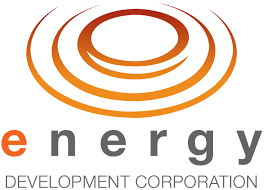 It is the only Philippine company on the list of the world’s largest publicly traded firms that lead the way with solutions for the transition to a clean energy future.

The rankings were based on the companies’ total clean energy revenues as rated by Bloomberg New Energy Finance.

This recognition is an indication that EDC’s commitment to make renewable energy (RE) more accessible to the Filipinos and to not invest in coal is a step in the right direction that will help drive a low-carbon economy for the Philippines. It also reinforces Philippines Renewable Energy Holdings Corporation’s (PREHC) confidence in its partnership with EDC.

PREHC is a consortium of investors comprising funds managed by Macquarie Infrastructure and Real Assets and Arran Investment Pte. Ltd., an affiliate of GIC Pte. Ltd. PREHC’s 31.7% acquisition of EDC’s total outstanding voting shares from existing shareholders is the largest single foreign investment in the country under the current administration.

Launched in 2016, Clean 200 is an initiative of nonprofit foundation As You Sow, whose mission is to promote environmental and social corporate responsibility, and Corporate Knights, a Toronto-based media and research company that produces corporate rankings, research reports and financial product ratings based on corporate sustainability performance.

Twenty-nine countries are represented in the latest Clean 200 group, which has an average market capitalization of $9.4 billion and generates over $363 billion in clean energy revenues per year.

EDC, which ranked 119th this year, looks to move up on the list as it achieves its growth objectives in the coming years.(Story/Photos by:Frances Ariola)