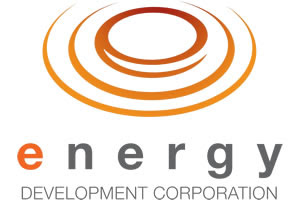 “Our first half results, similar to what we communicated to the market during our Q1 earnings announcement, were largely dominated by the impact of typhoon Urduja that hit Leyte island, site of our biggest business unit, in December. Leyte’s generation volume was down by 18.5% for the first six months,” said EDC chief financial officer Nestor Vasay.

“However, we expect this downtrend to reverse in the second half of 2018 as our major power plants in Leyte are now back in service. We also see our operational efficiency initiatives starting to pay off,” Vasay added.

All other units posted higher revenues for the period, led by its Burgos Wind (15% increase) and Bacman (10%) units. Burgos (P1.66 billion vs. P1.44 billion revenues) continued to track its record performance last year, while Bacman (P2.13 billion vs. P1.95 billion) benefited from its efforts to mostly contract its generation capacity.

EDC also posted a consolidated recurring net income attributable to equity holders of the parent of P4.1 billion for the first six months of 2018, down 21% from the P5.2 billion posted the previous year.

The company’s financial position remained strong with cash balance of P16.1 billion. It maintained a comfortable gearing level with consolidated debt to equity of 1.03 times to 1 and consolidated net debt to EBITDA [earnings before interest, taxes, depreciation and amortization] of 2.87 times to 1.