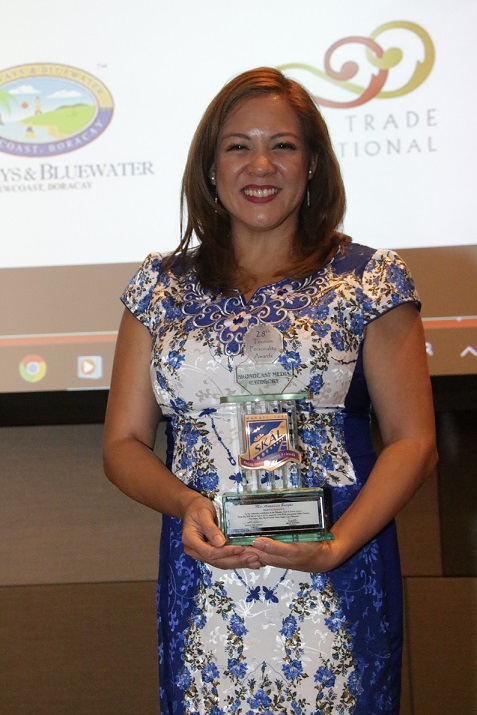 Burgos, who anchors “Early Edition” on ANC and serves as the channel’s managing editor, won in the Broadcast Media category.

“It’s a privilege to receive this award and to promote the Philippines as a tourist destination,” said Burgos. “Part of my goal as a journalist is to spread the love for the Philippines, show the world that our country has so many different things to offer, while also encouraging Filipinos to travel overseas. The world is small and everyone can work together.”

Burgos currently produces and hosts a segment on ANC called “Food Diplomacy,” where she sits down with foreign dignitaries to discuss food, culture, politics, bilateral ties and internation issues.

Prior to joining ANC, Burgos worked as a journalist in eight cities around the world. The SKAL International Makati Tourism Personality Awards recognizes individuals whose achievements and contributions have created a significant impact on the tourism industry.