‘Underage’ on ‘Your Song Presents’ on ABS-CBN! 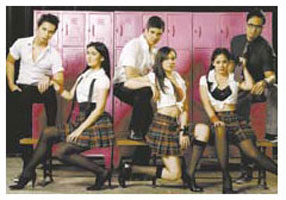 Rafael Rosell, William Lorenzo and Sylvia Sanchez all give life to important roles in the story.

Under the direction of Manny Palo, the story will revolve around three young sisters (Melissa, Empress and Lauren) who grew up in the province, about to face a whole new world. “Underage” was released by Regal Films in 1980 and was considered the launch pad of Dina Bonnevie, Snooky Serna and Maricel Soriano as young-adult actresses. Don’t miss “Your Song Presents Underage” as it premieres on March 1 on ABS-CBN after “ASAP ’09.” (Story/photo by L. Dionisio- Piravalasamy)