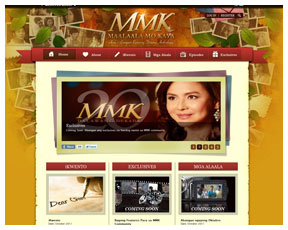 Maalaala Mo Kaya websiteIn celebration of its 20th anniversary, the longest running drama anthology of Asia, “Maalaala Mo Kaya,” has launched its own website. With www.mmk.abs-cbn.com, loyal viewers and fans will get to connect with the show in just one click!

Capturing the hearts of Filipino viewers for the past 20 years, “Maalaala Mo Kaya” has made a legion of fans from different generations cried, laughed, fell in love and inspired through the real-life narratives of its letter senders. It has truly become a household name that every Filipino family anywhere in the world can relate to its featured stories.

Hosted by none other than ABS-CBN President and Chief Operating Officer Charo Santos-Concio, MMK has managed to transform itself from a simple drama anthology into a socially relevant program that does not only entertain but also reflect the real struggles and triumphs of the ordinary Filipino people. Every Saturday, MMK never fails to spur hope and selfless love through its moving plots and creative lines.

Giving back to the viewers’ warm support, MMK dedicates a website especially created for the ‘MMK Community’ filled with heartwarming and

Aside from free viewing of episodes, the MMK website also features “iKwento”—a section where fans can send their life stories to Charo Santos-Concio just by registering in the ‘MMK Community.’ Inspiring tales of lucky online letter senders will get the opportunity to be featured on national television. 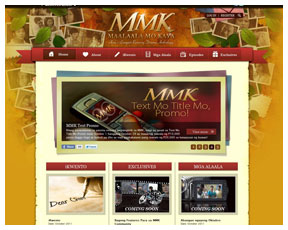 MMK Website PromoExpect for more exciting features in the MMK website with the activation its regular sections including the “MMK Museum;” “Exclusives,” which is dedicated to the ‘MMK Community;’ and “Mga Alaala,” which will showcase interviews of MMK’s guest stars.

While surfing the website, don’t fail to watch the special anniversary episodes of “Maalaala Mo Kaya” (MMK) this October, every Saturday night, after “Junior Master Chef Pinoy Edition” on ABS-CBN.