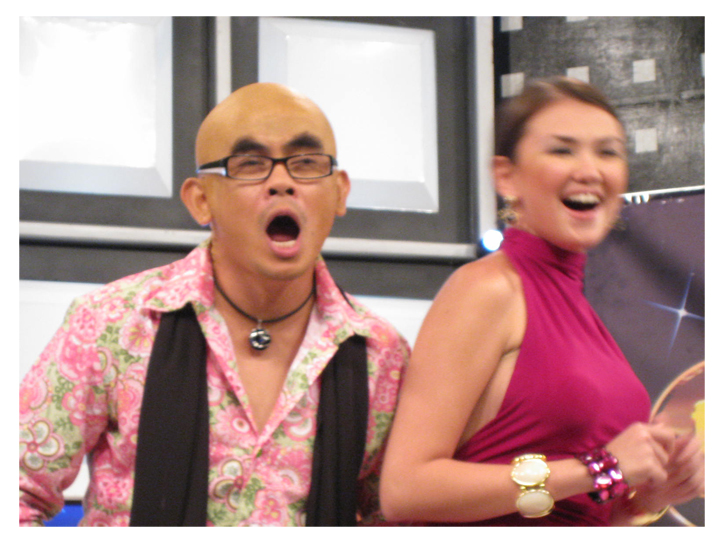 The “Banana Split” gang takes fun to the next level! Angelica Panganiban’s and Jayson Gainza’s impersonations of Kris Aquino and Boy Abunda in the “SNN” parody NNNN” get even better, while Zanjoe Marudo, John Prats and Jayson’s wordplays in “Brod, Bro, Bru Level Up” become even more unpredictable. As the show enters its  fourth season, expect more laughter from the cast of “Banana Split,” which also includes RR Enriquez, Princess Ryan, Pooh and Pokwang, everySaturday after “XXX.”
(Story/photo by K. Choa)
Angelica Panganiban and Jayson Gainza are the talk of the town, thanks to their impersonation of Kris Aquino and Boy Abunda.