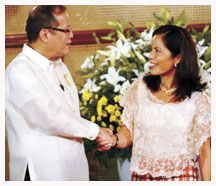 Gina Lopez BautistaGINA Lopez is now the chair of the Pasig River Rehabilitation Commission (PRRC) after taking her oath, along with 35 other appointees to various government agencies and offices, before President Benigno Aquino III in Malacañang on August 23.

The appointment of the managing director of ABS-CBN Foundation Inc., who “has long been involved in efforts to clean up the Pasig River,” is “a logical choice,” Secretary Ricky Carandang of the Palace Communications Development and Strategic Planning Office said in a text message.

The PRRC, an agency under the Department of Environment and Natural Resources (DENR), is tasked with cleaning and rehabilitating the historical Pasig River. AFI’s Kapit Bisig Para Sa Ilog Pasig (KBPIP) is currently gearing up for an attempt to break a Guinness world record by gathering 120,000 registered runners for a footrace, Run for the Pasig River, slated on October 10, 2010. The run aims to raise funds for the river cleanup campaign and to create more awareness for the cause.

KBPIP and its partner agencies have already brought significant development to Estero de Paco, a key tributary of the Pasig River, with thousands of families living beside the river relocated to a resettlement community in Calauan, Laguna. 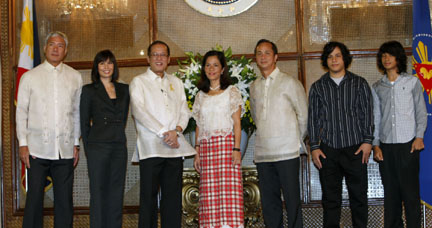