Consumer sales for the first half of 2011 amounted to P5.1 billion, posting a 4% decrease or P219 million less from a year ago, mainly from ABS-CBN Global. ABS-CBN Global revenues declined by 14% year on year in peso terms due to the decline in subscribers and the appreciation of the Philippine peso against the US dollar. Meanwhile, Sky Cable continues to contribute positively with revenues increasing by 8% to P2.1 billion. This is mostly driven by the increased take up of its broadband service subscriptions which increased by 23% year-on-year

Total operating and other expenses dropped by P969 million or 9% year-on-year to P10.4 billion. This was partly a result of lower cost of sales and services and general and administrative expenses (GAEX) as the company continued its effort to manage and control expenses. The decline in both expense accounts more than made up for the increase in total production costs due to the Company’s drive to produce quality and innovative programs.

Net income attributable to shareholders for the first half of 2011 is at P1.7 billion, aided by a gain on sale of Sky Cable Philippine Depositary Receipts (PDRs) to the Singaporean company, STT Communications Ltd. Meanwhile, earnings before interest, taxes, depreciation and amortization (EBITDA) hit P4.0 billion.
Capital expenditure and film and program rights acquisition for the first half of 2011 amounted to P2.1 billion, P542 million or 34% higher than the level of spending from previous year. Additional equipment was purchased to increase the company’s capacity to produce additional new programs.

ABS-CBN maintained its national audience share and ratings leadership with prime-time audience share averaging 42% in the first quarter of 2011, with a 12 percentage point lead over GMA’s, based on the Kantar National TV Ratings figure. 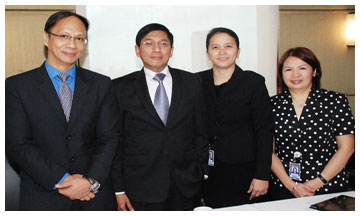