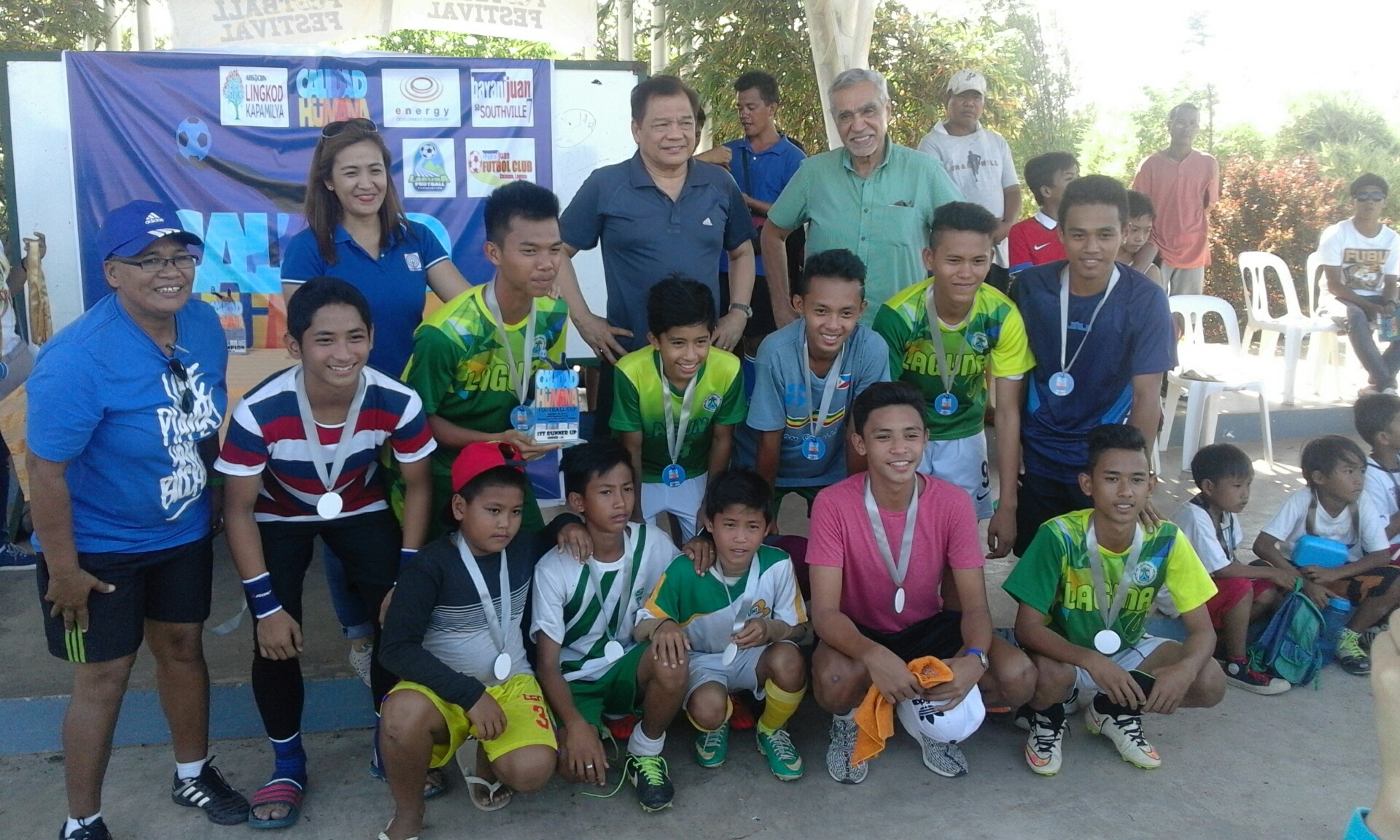 The Laguna Football Association invited five teams from the province as well as the adopted football teams of the CH project in Pasig and Caloocan. More than 200 athletes participated in the games.

According to CH founder and Energy Development Corporation consultant Amb. Roberto Mayorga, the football cup is the start of a fruitful partnership with ABS-CBN Lingkod Kapamilya Foundation Inc. (ALKFI).

“ALKFI is a partner and friend of the Calidad Humana project. Ever since our first visit to Calauan for talks on CH, I already considered this community an example of how Filipinos endure even in the most trying time. This is a start of long journey together as champions of the Calidad Humana spirit,” he said.

The players used football as a way to divert their energy; some are already being trained for provincial games and even acted as coaches to their peers.

Allan Payson, secretary general of the Laguna Football Association, lauded the Calidad Humana Movement for spearheading the activity and ensuring that Filipino values live on in the players.

Amb. Mayorga, together with the Laguna Football Association president, former Sen. Joey Lina, handed out the trophies and medals to the winning teams. (Story/Photos by: Jared Echevarria)