For three consecutive Thursdays, the space fills up with the scent of popcorn and curious conversations while indulging in the showcase of archives from the ABS-CBN Archives and Lopez Museum and Library’s LVN Pictures collection.

A highly diverse crowd joined the screening of the recently restored 4K versions of the LVN films “Ibong Adarna” (1941) and “Biyaya ng Lupa” (1959), which included film students, enthusiasts and other guests. Nenita Eraña, granddaughter of LVN scion Narcisa “Sisang” de Leon, was in attendance with her husband Rene Reyes during “Ibong Adarna” and expressed gratitude for the LAI endeavor.

Film historian Nick Deocampo opened the dialogue for the LVN films, delighting the audience with interesting trivia on the golden age of Philippine cinema. He highlighted the perspectives of the time which defined the storylines, production value and casts of the films. Deocampo painted a picture of Philippine cinema’s past, which enabled the crowd to appreciate how far it has come.

Leo Katigbak, head of ABS-CBN Film Restoration, also took part in the discussion to give an overview of the restoration process and their advocacy, Sagip Pelikula, which reiterates the importance of restoring films for future audiences.

As the third installment of the series, this time featuring an award-winning film from 1983, Marilou Diaz-Abaya’s “Karnal” was shown. Special guests during the prescreening dialogue included screenwriter Ricky Lee and actor Joel Torre.

Concluding the first of its many initiatives, LAI remains inspired to collaborate with different arts and culture projects under the Lopez Group companies, creating immersive experiences and expanding reach in the community. 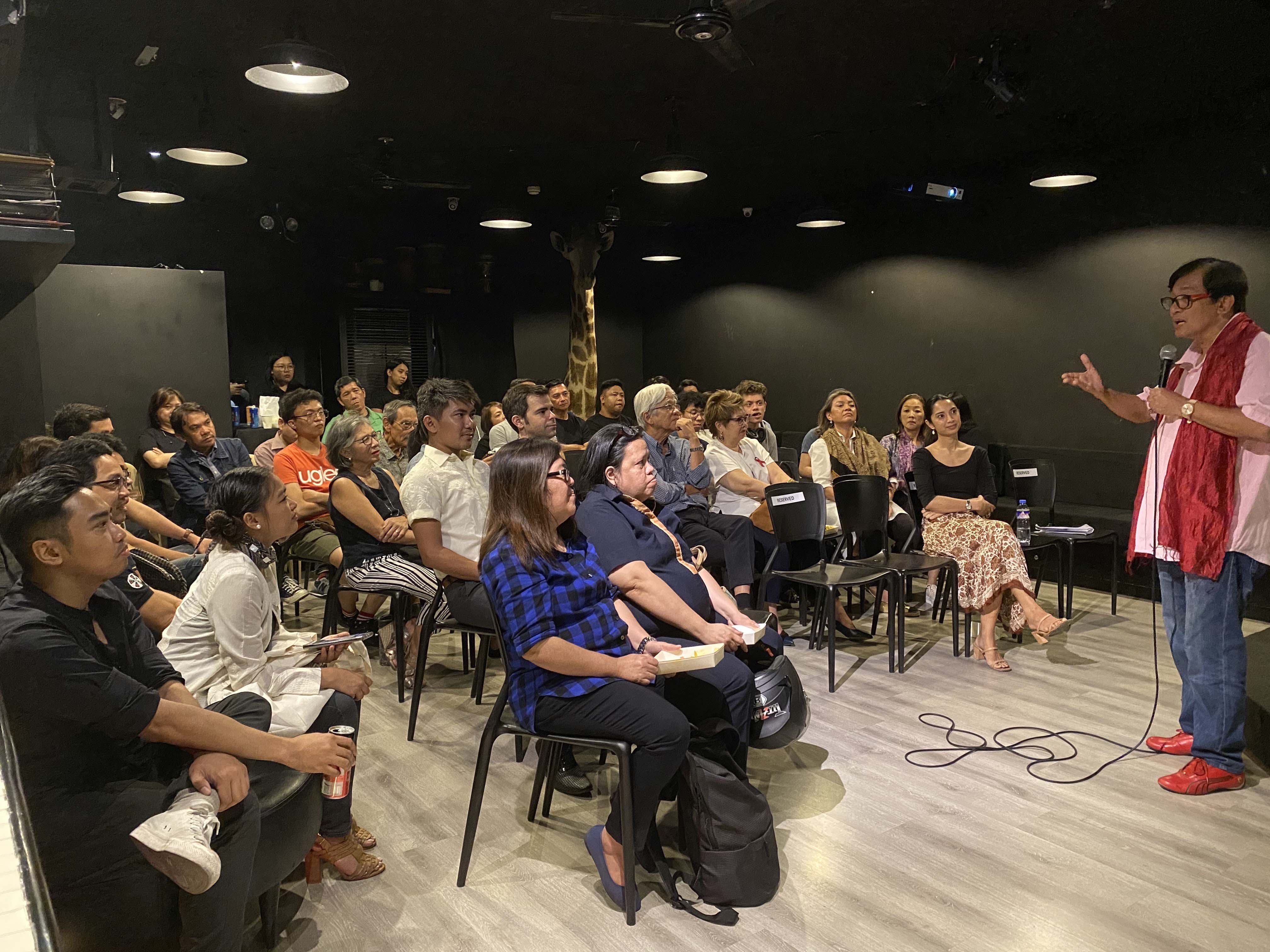 Nick Deocampo (right) engages the audience during the prescreening dialogue