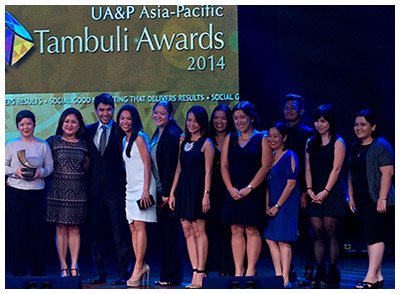 “Tulong Na, Tabang Na, Tayo Na” was the collective effort of ABS-CBN Corporation in raising funds to help the victims of Typhoon Yolanda. Aside from receiving hundreds of millions of cash and in-kind donations, the campaign was able to organize two sold-out solidarity concerts at the Araneta Coliseum and sold over one million Tulong shirts in a month. 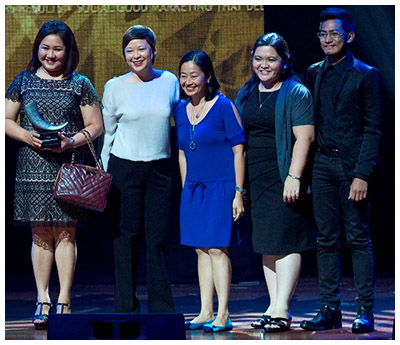 The UA&P Asia-Pacific Tambuli Awards is a global award started in 2007 to recognize integrated marketing communications campaigns that effectively pursue and promote social good. This year, it received a total of 361 entries from Australia, Bangladesh, India, Japan, Malaysia, Philippines, Singapore, Thailand, and Vietnam, but only 54 campaigns were given recognitions. (Story/photos by Kane Choa)