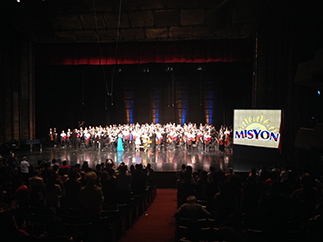 Ang Sistema: The Young People’s Conference, a concert-cum-conference sponsored by the Lopez Group at the Cultural Center of the Philippines, gives us a wonderful explanation through vibrant music, fervid narration and inspiring anecdotes.

This event has been made more special with the participation of Jamie Bernstein and Tricia Tunstall, who delivered the narrations in between performances. Bernstein is the daughter of Leonard Bernstein, whose fame comes from the musical “West Side Story.”

Tunstall is an advocate of music education for social change and author of “Changing Lives: Gustavo Dudamel, El Sistema and the Transformative Power of Music.”

Ang Misyon Inc. was established by First Philippine Holdings Corporation and ABS-CBN Corporation in 2012. It was inspired by the El Sistema of Venezuelan visionary Jose Antonio Abreu, who thought of setting up an after-school music program for children from disadvantaged families.

Just like El Sistema, Ang Misyon’s goal is to “help eradicate poverty in the Philippines through social change, simultaneously enhancing the country’s identity by creating career paths in classical music performance and redeveloping its arts and culture scene.” It also established the Sistema for the Filipino 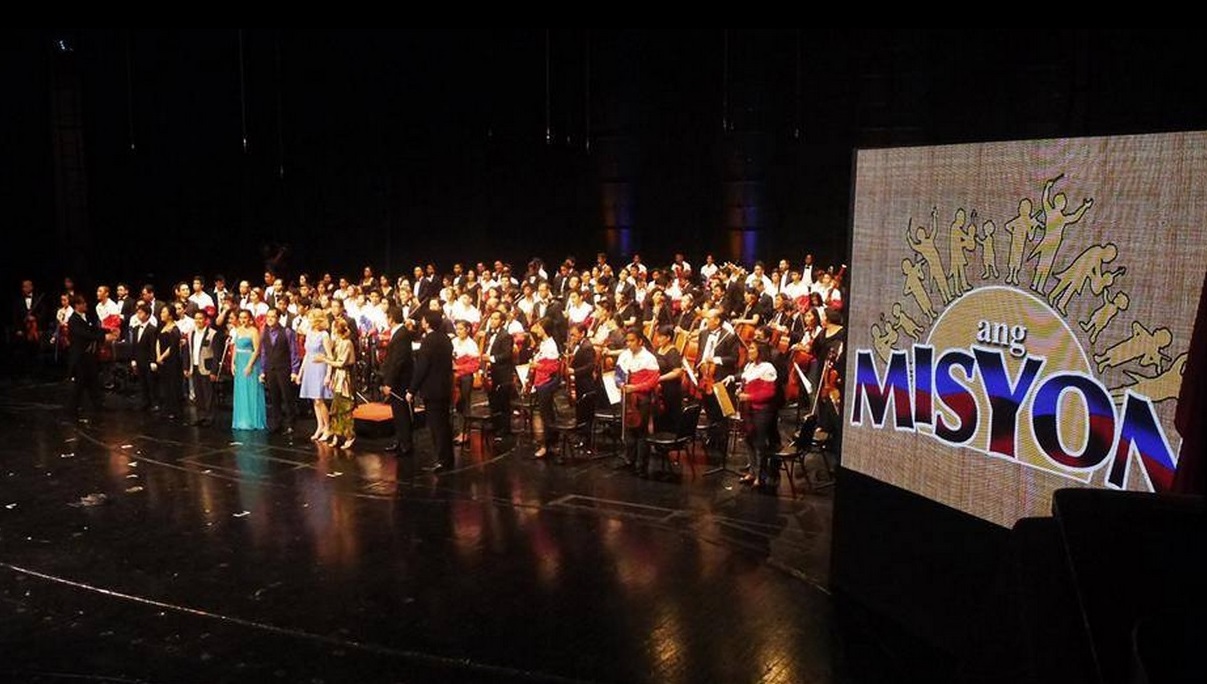 The OFY performed Syncopated Clock, “In the Hall of the Mountain King” from the Peer Gynt Suite of Edvard Grieg, and “Les Toreadors” from Carmen Suite by Georges Bizet.

The other highlights of the event include “Excerpts from West Side Story” by Bernstein, “Mindanao Sketches” by Antonio Buenaventura and “Allegro con brio” from Symphony No. 5 by Beethoven.

Gerard Salonga, musical director and conductor of ABS-CBN P.O., and Olivier Ochanine, conductor of the PPO and head conductor of orchestras in Ang Misyon’s visiting mentors program, shaped the music for the evening’s performances.

A question presented during the event was: how can classical music relieve a country like the Philippines from poverty? 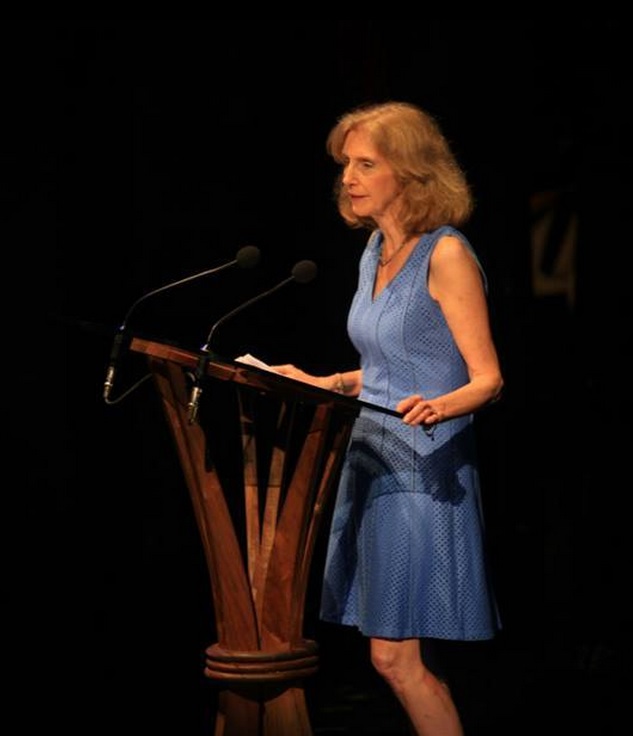 Tricia Tunstall authorFor Bernstein, music simply nurtures a child’s life and trains him for flexibility and the ability to connect ideas, which are requisites in today’s jobseekers.

“In other parts of the world, educators are coming to the same conclusions about the value of the arts in stimulating thinking in school-age children,” said Bernstein. “It’s creating new audiences in a very large scale. The more youth orchestra programs there are, the more teachers of music you will need. The more these new audiences are exposed to orchestral music, the greater the demand will be for more orchestral concerts.

“All of this will not happen overnight. But take a look at Venezuela, where El Sistema started 40 years ago. Today there are half a million children participating in youth orchestras all over the country. And the parents, friends and relatives are all being exposed to concert going on a regular basis. There is a huge interest in classical music. This scenario is slowly but surely being replicated all over the world,” she added.