Champion of wellness marks a milestone 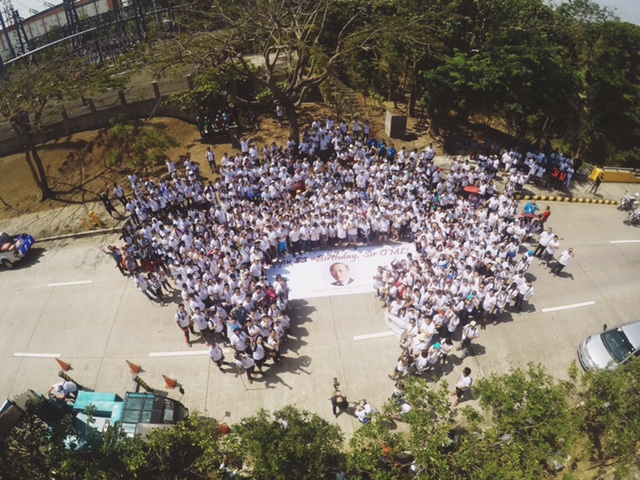 Bird’s eye view of the flash mob for OMLAs chief wellness advocate of the Lopez Group, it was but natural to celebrate the recent milestone of chairman emeritus Oscar M. Lopez (OML) with a special Walk the Talk (WTT) at the First Philippine Industrial Park (FPIP) in Santo Tomas, Batangas on May 9, 2015.

A flash mob, raffle draw and special brunch made this edition of the WTT a memorable one for more than 700 participants who attended the activity. Hosted by First Philippine Holdings Corporation (FPH) and FPIP as part of the celebration of OML’s birthday, OML@85: Going the Distance! gathered one of the biggest contingents ever in WTT history.

Emcee Sidney Cordero, the Learning and Development head of First Gen and FPH, led the crowd in cheering the chairman emeritus upon his arrival. Millet Sabella, VP for Finance and Treasury of FPH, led the invocation and the recitation of the Lopez Credo and Values.

The participants then checked out the ongoing land development of the FPIP II area. At the 2.2-km. mark, they took part in a treeplanting activity and enjoyed a fresh buko break.

The walk continued through the so-called Hidden Valley surrounded by trees planted by FPH employees. 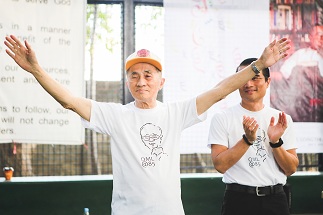 OML acknowledges the cheering OML@85 participantsAs OML exited this area at the 2.5-km. spot, everyone gathered for an aerial group photo using a drone camera from First Balfour.

OML and some Lopez Group executives then went to the First Industrial Township area, FPH’s industrial estate acquisition, to view the rehabilitation undertakings, while the others trudged through Bamboo Park en route to the Oasis.

Back at the assembly area, OML was greeted with a flash mob, with the birthday celebrator joining the dance to the delight of the crowd.

After OML blew out the candles on his mountaineerthemed birthday cake, a hearty brunch was served to the employees.

OML and his contingent then proceeded to the locators

“In the long term, I believe a healthier workforce can mean not only lower direct health care costs but also reduced absenteeism and higher productivity in our group of companies,” OML had stressed during his 75th birthday celebration in 2005. (Story/Photo by: Gerbs De Castro) 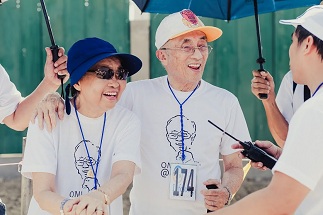 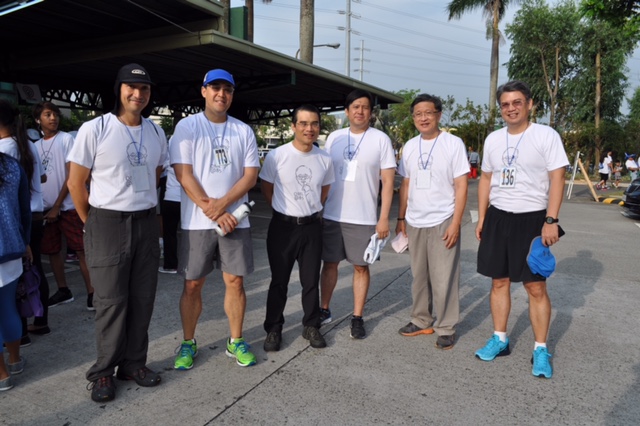 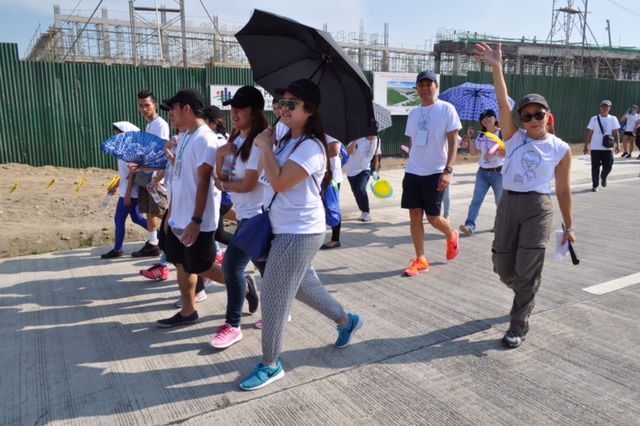 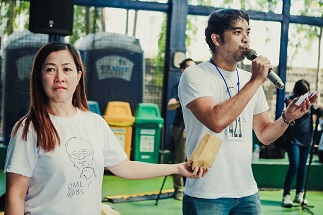 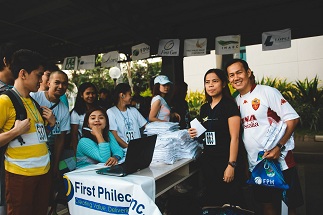 Friends catch up at the registration area 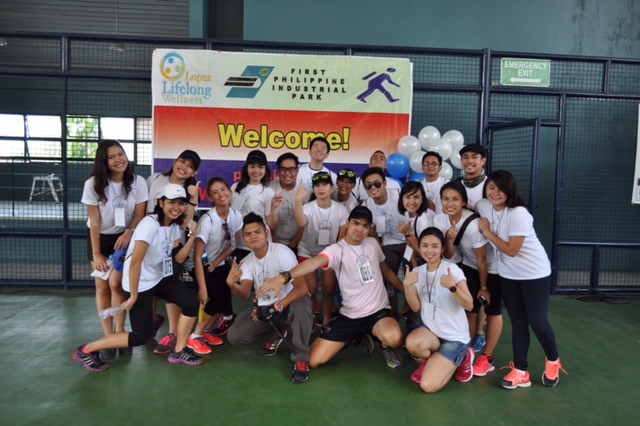 Some of the flash mob volunteers from different companies 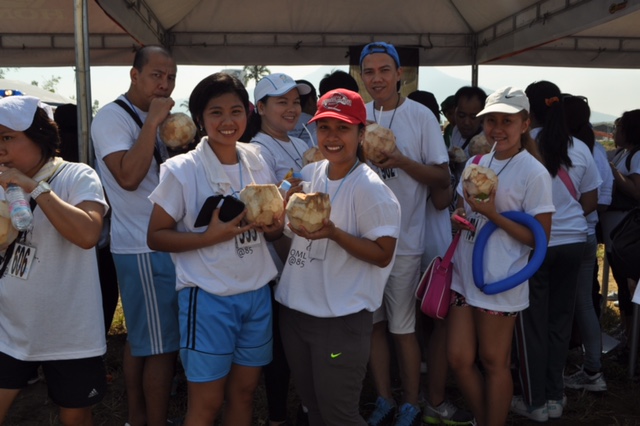 Buko break to prepare for the rest of the trek