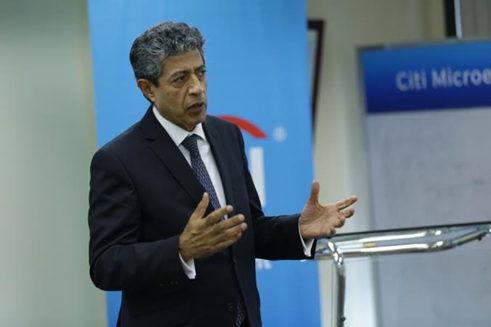 Citi Philippines CEO Aftab Ahmed recognized the achievements of the microentrepreneurs that enrolled at the Citi Microenterprise Development Center. Nearly 2,000 of them have proven their ability to expand their businesses and create new jobs along the way.Citi Philippines and Bayan Academy for Social Entrepreneurship and Human Resource Development Inc. joined hands anew in launching Year Five of the Citi Microenterprise Development Center (CMDC).  Funded by Citi Foundation, CMDC provides hundreds of high potential yet low-income micro business owners access to training, coaching and business advisory services on enterprise management, to aid them in growing and expanding their businesses.

Aftab Ahmed, CEO of Citi Philippines led the opening ceremony and commended the microentrepreneurs’ hunger to excel and do well in their micro businesses.  In his speech, he said: “I admire each of you for having the conviction to make your dreams a reality.  Each of you has successfully created businesses from the ground up, and started an income stream not just for yourselves but also opened job opportunities for the community.”

With four decades of banking experience in 11 countries, Ahmed generously shared his insights and advised the microentrepreneurs not to be afraid to take risks and have the willingness to fail in order to make their businesses grow.

Established in 2011 after a successful pilot in 2010, CMDC has trained and mentored over 1,700 microentrepreneurs nationwide. CMDC was borne as a response to the expressed needs of the majority of microentrepreneurs to go back to the learning table and address their knowledge and skills gap in developing and growing their micro businesses.

Ma. Wilma Ruiz, a 2013 CMDC scholar, attended the opening to inspire the incoming batch of “students”. She shared how the entrepreneurial management courses of CMDC gave her the courage and ability to create a new micro business of selling her own line of perfumes.  From a buy and sell business, she has become a producer and built Gemfrali Collection into a viable microenterprise.  Today, she carries a growing selection of perfumes and earns more than twice her monthly income compared to when she first started her business.

From 2010, CMDC scholars have steadily experienced an increase in income by at least 10% and have generated over 3,500 jobs.  This impact on the lives of the beneficiaries was further validated by a study conducted by the University of the Philippines  College of Social Work and Community Development’s Sikhay Kilos Foundation  in 2013 from a pool of CMDC scholars from 2010-2011. The study noted that majority of the scholars have obtained positive net worth along with other notable changes in their micro businesses’ such as improvement and/or expansion of product lines, increase in inventories, engagement in other forms of businesses and creation of additional jobs.

Dr. Eduardo A. Morato, Jr., Chairman and President of Bayan Academy thanked Citi Foundation and Citi Philippines for their continued partnership, and pioneering the program that believes in the power of Filipino entrepreneurs. Through CMDC, Bayan Academy is able to share its intellectual capital to the clients of microfinance institutions and at the same time, build a strong social capital that would move the country to its greatest heights in the years to come through enterprise development.

On its 5th year, CMDC is set to train over 600 microentrepreneurs and loan officers on entrepreneurship, including topics on self-mastery, personal finance, marketing, operations, human resources, and finance.   Upon graduation, the scholars are entitled to receive Citi Small Business Advisory and Coaching Services from experts that include volunteers from Citi Philippines.

“CMDC is more than just a training and coaching facility – it has become a hub that brings together aspiring micro business owners, business coaches and mentors that include Citi volunteers, as we all work together to build our nation from below,” said Dr. Morato.

With Citi’s commitment in growing grassroots enterprises, the CMDC was recognized as the Social Empowerment Awardee in the 2013 Asia Responsible Most Outstanding Awards given by Enterprise Asia. (Story/Photos by: Philip Felipe) 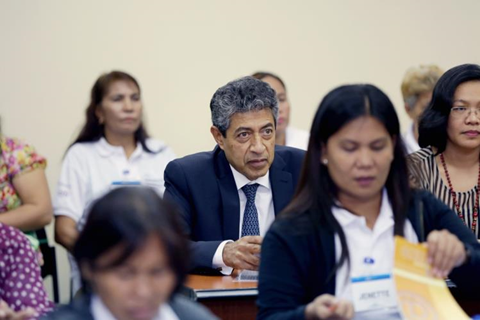 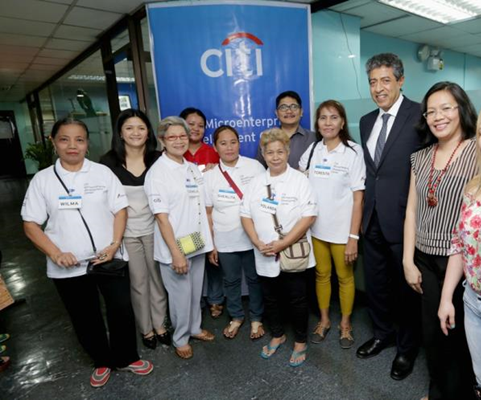 Citi Philippines CEO Aftab Ahmed (3rd from right) commends the students of the Citi Microenterprise Development Center for growing their micro businesses into profitable income streams that generate jobs for their communities.