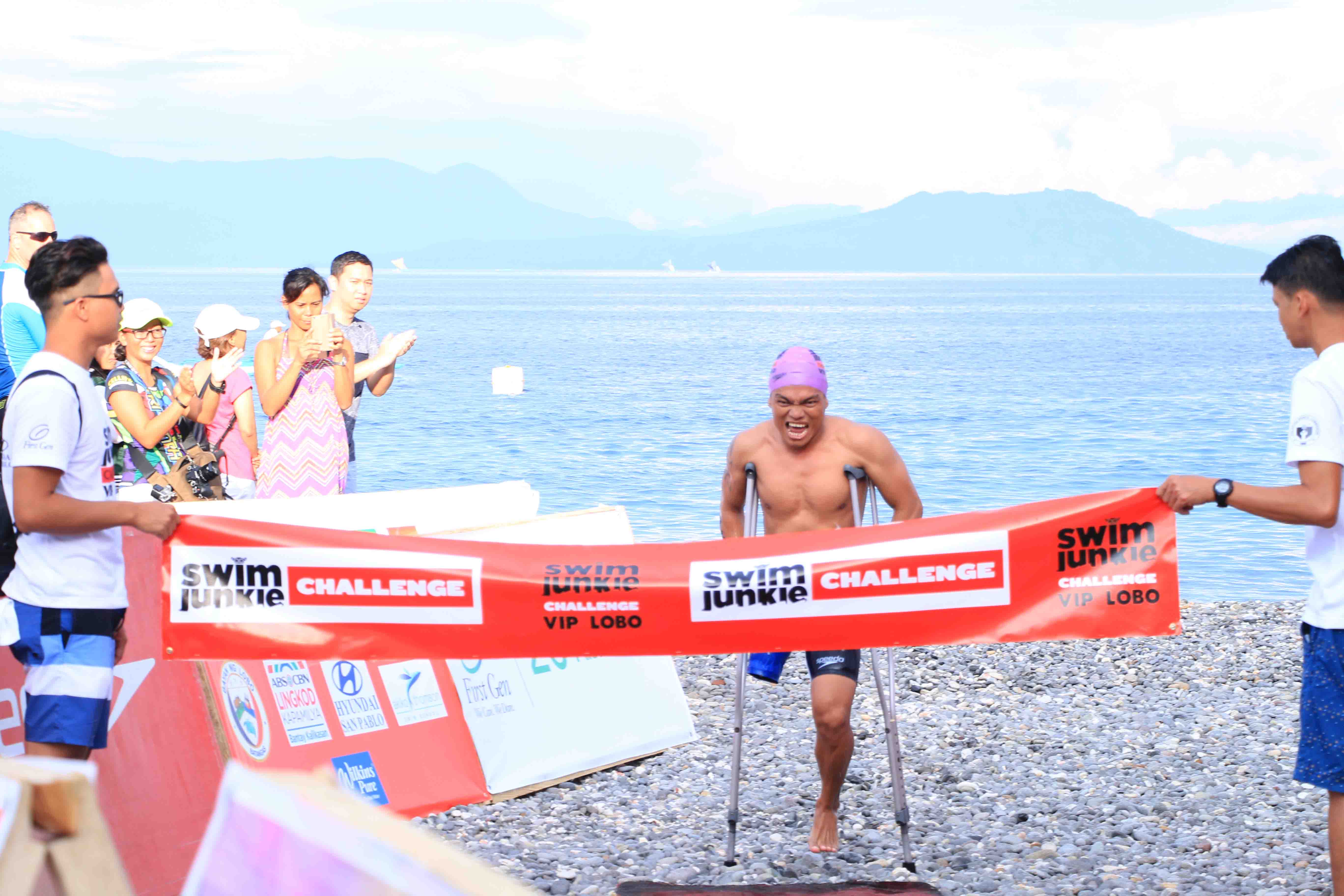 Arnel Navales-Aba won third place in the 2.5-kilometer men’s category. He outswam other participants while enjoying the beauty of Verde Island Passage—the “center of the center of the world’s marine biodiversity.”

This is the second year of the VIP Swim Junkie Challenge, which aims to spotlight the need to protect the Verde Island Passage.

ABS-CBN Lingkod Kapamilya Foundation Inc.’s Bantay Kalikasan took the initiative of protecting the Verde Island Passage when it was announced that a mining operation and coal plant might enter the area.

Together with First Gen Corporation, ecotourism and livelihood opportunities were developed for the community.

"We support VIP with ABS-CBN Lingkod Kapamilya. We want to create awareness to everyone that we should protect our environment,” First Gen vice president for External Affairs Mon Araneta said.

A tiangge was set up during the event where local produce from the community was sold.

Aside from First Gen, Bantay Kalikasan also works with other organizations to ensure the preservation and protection of the Verde Island Passage. (Story/Photos by: Hyle Loneza)