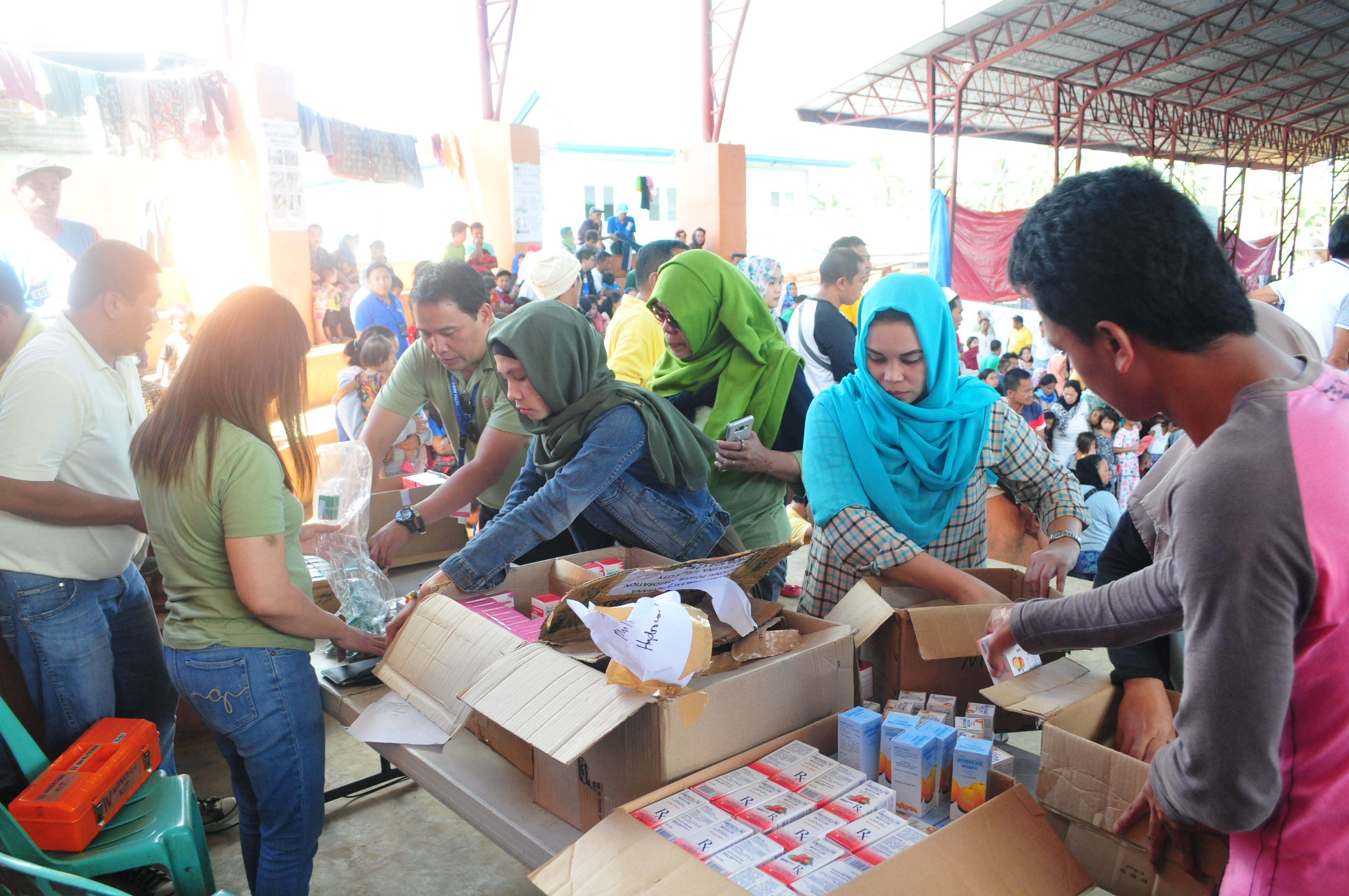 Volunteers sort medicines during a relief operationTHE ongoing conflict in Marawi, Lanao del Sur has displaced thousands of residents since May 2017. Energy Development Corporation (EDC) thus launched a donation drive among its employees to help alleviate the plight of the victims of the siege. The funds raised were used to provide additional assistance to at least 49,000 people during two relief missions administered by personnel from the Philippine Business for Social Progress (PBSP) on June 14-16, 2017 and July 8-10, 2017.

PBSP initially targeted to raise P10 million for the Marawi victims. However, the outpouring of support from 184 companies and individuals eventually produced more than P15 million in cash and in-kind donations as of July 11, 2017. The funds were used to purchase relief goods that were distributed to home-based evacuees, teachers and front liners such as nongovernmental organization workers.