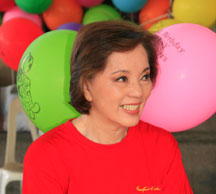 Presy PsinakisPresentacion Lopez Psinakis, the only daughter of Lopez Group founder Eugenio H. Lopez Sr., is a staunch nationalist who fought the Marcos regime alongside other Lopez family members and her husband Steve Psinakis. She serves as president of Griffin Sierra Travel Inc., a company she cofounded in 1967 and recently assumed the chairmanship of Lopez Inc.
“YOU have to stand up for it,” says Presentacion L. Psinakis emphatically. “If you want to be one of the good ones, you have to stand up for it.” And what is “it”? The ideals she believes in. At a young age, Psinakis recognized the ideals that her father stood for and credits her strong will and compassion to him. “A lot of the lessons I learned whether it’s re-lating to people or managing a business—I learned from my Tatay: the pioneering spirit, nationalism, how to be fair and to stand up for what you believe to be true and good,” she says.
Despite being the only girl in Eugenio H. Lopez Sr. and Pacita Moreno Lopez’s brood of five, Psinakis was generally acknowledged to possess the temperament and strong will inherent in her father. She recalls a time, nearly 40 years ago, when it led to one of the rockiest moments in their relationship.
Belief in Filipino skill
“Steve [Psinakis] worked with my father; he was a mechanical engineer and one of the pioneers of the power plant. But while both he and my father shared the same belief in Filipino skill and ingenuity, our budding relationship then wasn’t really something that my father approved of,” Psinakis says.
Despite this, Psinakis moved to Greece in 1969 with Steve where they got married without her family’s blessing, causing a rift between her and her father; they did not speak for five years. It’s easy to label the move an act of rebellion and stubbornness, but more than anything, it was a clear display of Psinakis fighting for what she believed in. In this case, it was her love for Steve and how she stood up for it. But the turmoil they would soon experience during martial law began to draw out the same strength and resolve that her father showed throughout the difficult time.
Very big impact
“When martial law started, it had a very big impact on me, and I never thought I could love my country so much,” she shares. For someone who has lived a very sheltered life, the assault on the Lopez family during the Marcos regime was a lot to take. Her elder brother, Eugenio “Geny” Lopez Jr.—who was then running ABSCBN— was imprisoned, with Eugenio Sr. nearly losing everything to the dictator in an effort to free his eldest son.

Psinakis, with her family by her side, fought against the regime. She became a staunch advocate of justice and began volunteering for the cause when martial law started—and continues to do so today. With everything she went through, Psinakis credits her steadfast loyalty to her family and love for country to her father—who throughout it all, displayed his unwavering spirit and resolve to protect the nation, as he did his own family. “My father always used to say, whatever you do, you have to set an example…whether it’s your employees or your children,” Psinakis fondly recalls, and indeed, it’s what she has set out to do. 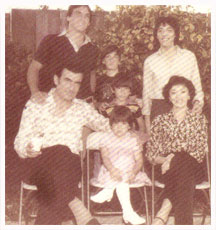 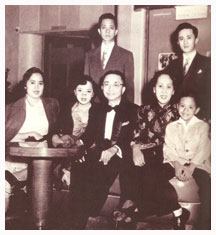