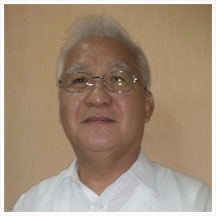 Lito Banaag: Caring for communities the Lopez wayAnacleto M. Banaag Jr. is the EVP and general manager of Lopez Inc., the holding company of the Lopez family. But back in 1971, he had just joined the comptrollership group of Benpres, the forerunner of the holding company. While making the rounds of the Lopez haciendas, Banaag saw firsthand how the company cares even for the most marginalized members of the group.

He saw with his own eyes the Lopez values of social justice and integrity.

“As part of the comptrollership group, I used to go around their haciendas in Negros. And in the course of my travels, I noticed that their haciendas were among the very few communities that had their own schools, clinic, water and electricity,” Banaag recalls.

At that time, most haciendas— made up mostly of tenants and farm workers—were among the most exploited business models, and corporate social responsibility did not exist. There were stories of landlords who took everything and gave back nothing. But the Lopez haciendas were different.

High regard for Lopezes

“The Lopez haciendas had their own elementary schools. For high school students, they had a truck to take them to the poblacion (town center) where the high schools w e r e located,” Banaag shares. “They even had film showings every Saturday and a commissary. So the people there had high regard for the Lopezes—especially for the old man (Eugenio Lopez Sr.), even if they hardly see him.”

During martial law, despite the family’s difficulties, the Lopezes still honored their debts and obligations. This also impressed on Banaag the value of integrity: “During martial law, we were taken over by the government. We incurred debts with the financial institutions and our employees. However, we did not shirk from our obligations, we booked them as such.”

They even had a problem with meeting the retirement pay of employees of The Manila Chronicle. But rather than use the government takeover as an excuse not to pay it, the company created collection teams to collect its receivables, which it subsequently paid to its employees.

“We paid all employees, at first every 15 days and later on every 30 days. In fact, we paid the employees first before we tackled our external debts,” Banaag adds.

Both the owners and the employees were put to the test during the martial law years. “Coming from a very successful company, we were humbled during martial law. But we stuck to our values. We were humbled but we did not lose our dignity. We simply went into survival mode,” he says.

Banaag’s position afforded him a close relationship with the owners, and witnessed how the martial law experience affected the Lopezes both personally and professionally.

“Eugenio Lopez Jr. (ELJ) was a ‘Go, go, go!’ kind of person,” he recalls. “His leadership quality saw unending opportunities. After what happened to his companies during martial law, ELJ said: “Now I know that it doesn’t take much to live. Now I know that I must invest in people.”

When martial law was lifted, and even after learning that some financial institutions had written off the company’s debts, the Lopezes insisted on paying for these obligations. “After martial law, we asked the financial institutions about our debts. They said that these had already been written off. But ELJ insisted on paying these debts,” Banaag says.

As a longtime employee of the group, Banaag knows a lot about the changes they experienced— even in terms of values.

The first generation valued loyalty and was paternalistic. The second and the third generations are for business excellence. But a common thread for all generations, he says, is integrity.

The Lopez values will continue to guide generations to come.