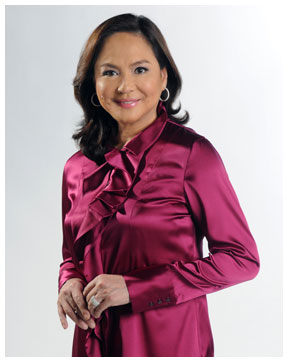 Charo Santos-Concio: Daring to be greatCharo Santos-Concio formally joined ABS-CBN as production consultant in 1987, then eventually took over from her uncle Jimmy Navarro as head of programming and production. After a successful stint as Channel 2 head, Santos-Concio was appointed the first female president of ABS-CBN in 2008; she had then just completed the Advanced Management Program at Harvard Business School. Santos- Concio continues to host “Maalaala Mo Kaya,” the country’s—and Asia’s—longest-running drama anthology on the Kapamilya network.IT has been said that unless you’re willing to have a go, fail miserably and then have another go, success won’t happen.

Climbing up the rungs of the hierarchy won’t likely happen, either. After all, rewards generally favor those who are daring enough to take worthwhile risks. It’s unfortunate, therefore, that many of us in the corporate world are afraid to put that toe out of line, push the envelope and break clearly defined boundaries, petrified by fear of retribution and the dire consequences of failure.

The Lopez Group, however, prides itself on nurturing a culture where such trailblazing ideas and daring exploits— backed by painstaking research and gut feel honed by keeping ears close to the ground—are encouraged and brought to the fore.

By doing so, the 82-year-old Group was able to go where no conglomerate has ever gone before. Truly, a pioneering force to reckon with.

And being entrepreneurial need not mean just putting up a new business. The spirit can also be harnessed to take an existing company—and even a career—in a new direction.

It was this pioneering entrepreneurial spirit, which has helped define the Lopez Group, that inspired Charo Santos-Concio to take the chance in 1992 to make her boldest decision yet as head of programming and production of ABS-CBN.

At that time, her boss—then executive vice president Freddie M. Garcia—was still calling most of the programming shots at the network. The programming wizard was wary of Santos- Concio because her previous experience was in movie production, not television.

Even Santos-Concio admits that when she was new to ABS-CBN, she was considered as “just a pretty face, an artista (actress).” Rather than be discouraged by the seeming lack of confidence in her abilities, Santos-Concio rose to the challenge.

She took inspiration from that prized Lopez Value of being entrepreneurial, which is all about taking significant risks in pursuit of a worthwhile goal.

“People have biases. It’s very human. But I believe in myself and I felt challenged. I always say, ‘I’m going to prove it to you.’ And I’ll make a big bet if I have to,” she says. And bet she did, with Dolphy, considered the “King of Comedy,” as her ace. Many naysayers did not see it thatway, however, believing that she actually had a joker in her hand.

They certainly had reason to doubt the wisdom of her bold move because Dolphy at that time had been out of television for three years.

In addition, there was the lingering public outrage over his decision to leave his former live-in partner, Alma Moreno, and start an affair with Zsa Zsa Padilla. That the public would have forgiven him and was willing to welcome him back into their television screens was uncertain, to say the least.

Santos-Concio could have been swayed by the growing chorus of concern over taking in Dolphy, but she passionately believed that Dolphy still had that showbiz magic that the network sorely needed to keep its growing lead in the highly competitive broadcasting industry.

The desire to prove herself right and contribute to that goal of the network pushed her to bring Dolphy back to ABS-CBN in a new sitcom.

As she says: “Dolphy is Dolphy. Shows come and go but talent stays… I believed Dolphy would have a new audience.”

In some ways, her bet on Dolphy was a bet on her career, too. And it paid off beautifully.

On December 23, 1992, “Home Along da Riles” went on the air and it was an instant hit. It stayed at the top of the ratings for years, effectively reviving Dolphy’s career and earning for Santos- Concio her spurs as programming executive.

She steadily built on that success such that toward the end of Garcia’s term at ABS-CBN, she and her team were making most of the decisions in programming. Then in March 2008, she was named president and chief operating officer of the network.

This would not have happened had she not taken that bold step in 1992, in the same way that Lopez Group founder Eugenio H. Lopez Sr. dared to buy out the American owners of Meralco when people thought that Filipinos did not have what it takes to run a utility, and his eldest son, Geny, fought tooth and nail to bring television within every Filipino’s reach.

“What I tell my people is: you have to know when to put your neck on the line for certain things you believe in,” Santos-Concio says.