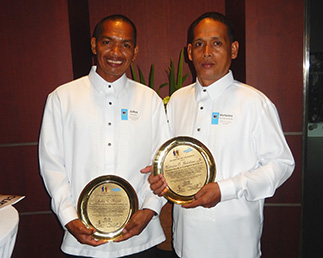 Security officers Victorino Gubalane left of Silver Link Security and Investigative Services Inc. and Julius Ravelo right of Powerlink Security and Investigative Services Inc. holding their Yolanda Hero AwardsHave you ever asked yourself, “What is a hero?” Heroes are people who transform compassion into heroic actions; they put their best self forward to be of service to others.

It was a sunny and calm day in Ormoc City but behind the image of tranquility, spine-chilling news about the approaching super typhoon Yolanda was being broadcast all over media.  Heading towards the Visayas region, the tropical cyclone had stirred the neighborhood into panic as residents prepared for their safety and survival.

Security officers Victorino Gubalane of Silver Link Security and Investigative Services, Inc. and Julius Ravelo of Powerlink Security and Investigative Services, Inc. had to make the toughest decision of their entire lives.  Their families had been convincing them not to leave for work due to the looming uncertainties the super typhoon might bring.  Unmindful of their personal safety, and despite the odds, they knew they were duty-bound to report for work and assume their responsibilities.  With prayers and hoping against hope that their families would be safe from Yolanda’s rage, Gubalane and Ravelo reported for work.

As Yolanda pounded Ormoc with ferocious winds and deadly flying debris, Gubalane and Ravelo rendered their duties.  When the wind and rain started to subside, Gubalane led and convinced the other guards to stay and wade through a 300-meter road full of fallen trees and boulders in their risky effort to rescue nine individuals.  Gubalane voluntarily extended his duty that lasted for four nights and three days.  All throughout, he remained steadfast and dedicated in leading his fellow guards and exerted his best effort to coordinate operational activities under the most difficult and challenging situation brought about by typhoon Yolanda. 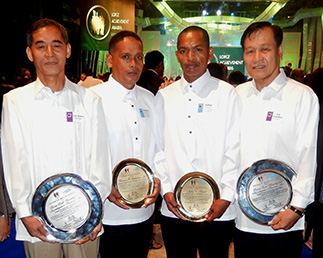 Yolanda Hero awardees Gubalane and Ravelo with their respective Security Agency Presidents from left Col. Pedro Tabangay of Powerlink Security and Col. Catalino Estabillo rightmost of Silver Link SecurityHis very words were: “Lahat tayo ay may pamilya at hindi natin alam ang kung ano nangyari sa kanila… pero kailangan muna nating manatili at kumilos dahil sa ngayon tayo lamang ang inaasahan ng EDC (Energy Development Corporation) na makakatulong sa mga gawain…” (“We all have families and we do not know what happened to them… but we need to stay and act now because we are the only ones that EDC expects to help in the task…”).  He did this despite receiving information that his house was flattened.  Worse, there was no word about his family.

Ravelo, on the other hand, successfully motivated his men to stand their ground, saying “Tinabangay lang ‘ta!” (“Let us help each other!”) despite their pleas to be allowed to return to their families considering the adverse effect of the typhoon.

Unmindful of his personal comfort and disregarding the risk to his very life, Ravelo forced his way through rugged terrain and dangerous obstacles to bring food to 15 security personnel trapped at Mahanagdong Geothermal Power Plant some 14 kilometers from the EDC admin office.  Though tired and weary, he was able to verify the status of some of his security personnel’s families and was shocked to see that their houses were totally flattened and destroyed.

He encouraged everybody to pray and assured them that in time everything will be all right.  It was only after three days that Ravelo was able to go home to his family.  His house had been blown away by the strong winds but, luckily, his family was safe. 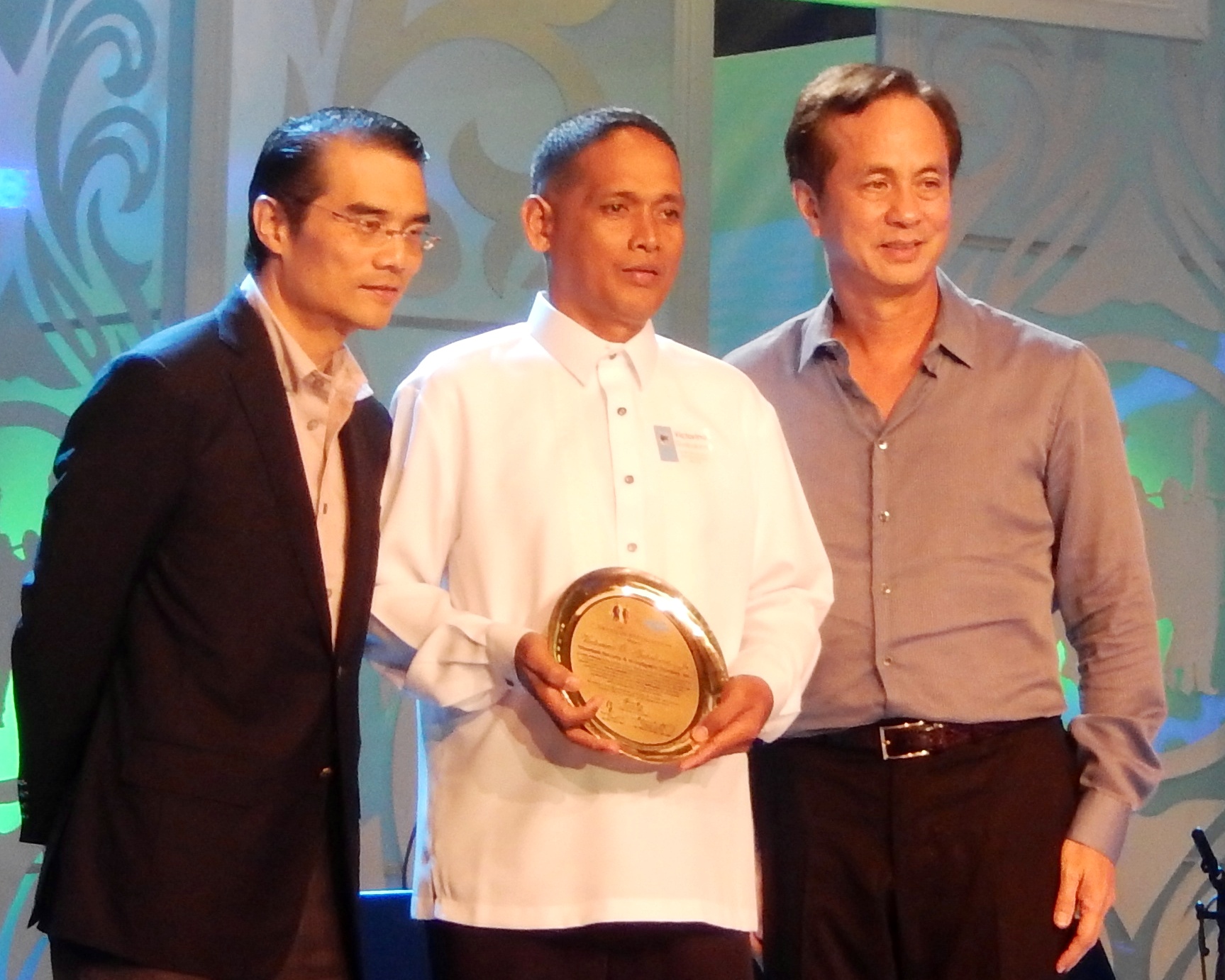 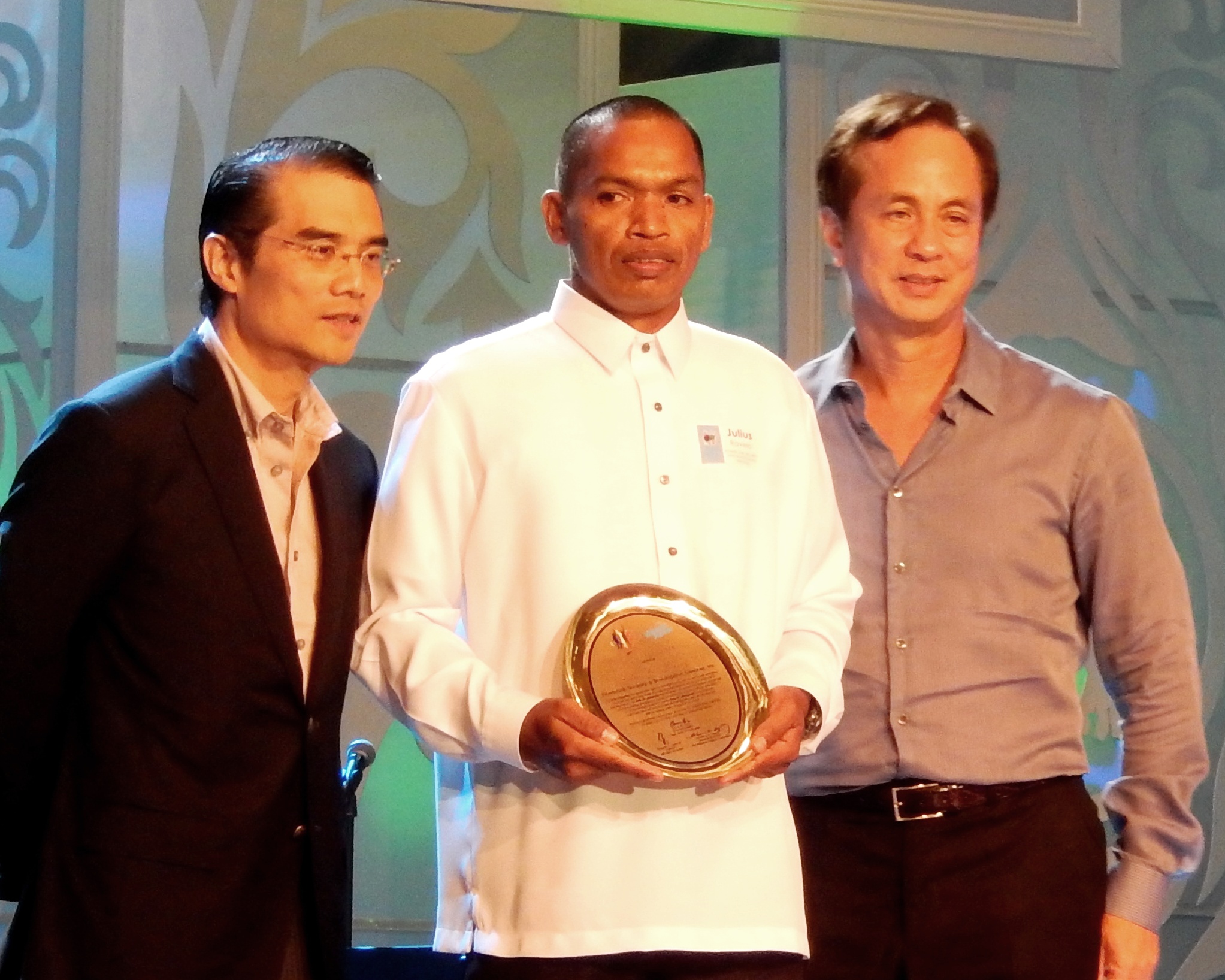