Christian Ranche, a Human Resources (HR) practitioner and consultant, experienced many challenges before getting to where he is now. From a young boy selling various food items in the streets of Marinduque to make ends meet, he is now a young professional working in the Department of Social Welfare and Development (DSWD). Ranche is also a book author and a candidate for Master of Arts in Industrial and Organizational Psychology at the University of the Philippines (UP) Diliman.

Born on Christmas Day, Ranche’s mother abandoned him during his infancy. His adoptive mother died when he was three years old, and he grew up in the care of his adoptive lola (grandmother), who actually took him in since he was 14 days old.

Getting through every day was really a huge struggle for him. His identity as a person, security, future and survival were among the hurdles in his life that inevitably shaped his determined and hopeful spirit today. Seeing his lola, a senior citizen, work tirelessly to support him, Ranche did his best to help her sell food items. Almost every day, they were out peddling empanada,buko pie, peanuts, balut and other native delicacies that they sourced from friends.

Despite the meager income and having no home, Ranche persevered in his studies, determined to rise out of poverty. Most of the time, they had no permanent address because they couldn’t sustain paying rent for a room in their province. Ranche also remembers multiple burdens in school like coping with bullying and “judging eyes” because of his being an orphan and him being soft.

He was in his second year at the Marinduque National High School when some distant relatives (Mr. and Mrs. Serafin “Jun” Quiason) referred his case to Phil-Asia Assistance Foundation Inc. (PAAFI), which subsidizes the education of public school students through a small monthly allowance provided by donors. While public school education is free in the Philippines until the 12th grade, the cash allowance is intended to cover school supplies, transportation, uniforms, projects and similar incidental costs.

Ranche was a special case for PAAFI because he studied outside of the National Capital Region, where all PAAFI scholars had resided until then. He communicated with the PAAFI secretariat by snail mail and received his monthly allowance through LBC. He appreciated the sincere concern shown to him by the PAAFI staff, especially development worker and coordinator Maria Fe Beltran, who regularly corresponded with him. He remembers a year when a strong typhoon hit Marinduque close to Christmas, which was also his birthday, and they had no food to eat because they couldn’t go out to sell. To his surprise, he received a package of grocery items from PAAFI via LBC, and that was just what he and his lola needed for some Christmas cheer.

When he graduated from high school, he passed the entrance tests of the University of Santo Tomas (UST) for Music, and of UP Los Baños for Certificate in Forestry. But due to the lack of resources, his lola could not send him to college. This was before free tuition was implemented in state colleges and universities, which only began in 2017.

“Luckily, I found this school in Nagtahan (Sampaloc, Manila) called EARIST (Eulogio “Amang” Rodriguez Institute of Science and Technology) and took up psychology.”

Since then, working while studying became his routine until he finished his studies. In addition to the aid that PAAFI gave, he qualified for free tuition by joining the college choir. Meanwhile, he tried odd jobs like distributing flyers for a brand of glutathione, becoming a part-time service crew at McDonald’s and assisting a good friend in buying and sourcing textiles and fabrics in Divisoria.

“I tried anything to earn a decent living and to pay for dorm fees. I remained a PAAFI scholar throughout my college years. My sponsor, Ms. Mabelle Ramos, was even so kind as to give me a little extra aside from the allowance coursed through PAAFI,” Ranche narrates.

“I really wanted to get into education or psychology because I believe this would equip me to process pain and to understand people’s struggles more, and inspire others too, given what I experienced growing up.”

After graduation, he immediately found work as HR practitioner-cum-guidance counselor in a private school and held technical positions in the Office of the PresidentPhilippine Commission on Women and IBM Philippines. In 2014, he passed the board examination for psychometricians, becoming part of the pioneer batch of such professionals licensed by the Professional Regulation Commission. At the same time, he continued to study, earning a Certificate in Teacher Education (Social Studies) from the National Teachers College. He subsequently passed the licensure examination for teachers in 2015. He started teaching part-time and continued to do so even as he joined the DSWD in June 2015.

His book “Disciplines and Ideas in the Applied Social Sciences” coauthored with Ritchel Bernardo came out in 2017 and is intended for use in the humanities and social sciences strand of senior high school.

Aside from his HR and Development practice, Ranche is also immersed in research to help improve the well-being of marginalized sectors. He is very active in caravans, outreach and programs of the department related to solo parents, indigenous peoples, street children, abandoned children, people with disabilities and people living with HIV as well as people from DSWD centers and institutions.

“The pain, the hope, my life experience and PAAFI encouraged me to do development work, to reach out to people like me,” says Ranche.

His lola is now 80 years old and  Ranche recalls her sacrifices caring for him since he was an infant. He feels that his lola wasn’t able to enjoy her twilight years because of him.

“My lola sacrificed a lot for me. Despite being a sickly LGBT solo parent, my lola didn’t stop peddling. She almost had no time to rest because we needed to survive for our everyday living."

Empowered
As a scholar, Ranche is very thankful to the generous sponsors who invested in scholars like him, whom he considers as the next generation, the future breed of human resources and leaders of the country. The small monthly allowance from PAAFI and the hope it fostered are like seeds which he considers as an investment that will bear good fruit over time.

Ranche muses: “Hope is like air and water to the soul. More than the tangible things that PAAFI gave, PAAFI empowered me to pursue my dreams to finish my studies. Though a lot of times I wanted to give up because of discouragement, a still small voice reminded me of a bright future waiting. Many times, we just need to be reminded of all the blessings and goodness we have in our lives because we are often derailed by bumps, disappointments, negative people and circumstances.

“Also, I acknowledge the help people gave me whenever I lost focus and negative thoughts entered my mind. Their mentoring and coaching was a great help to me, for I was reminded and equipped with the right mind-set to deal with those situations. Moreover, accountability and faith in God helped me a lot in facing those difficult times. We will never know how strong we are until being strong is the only choice we have.” (Story/Photos by: Carla Paras-Sison) 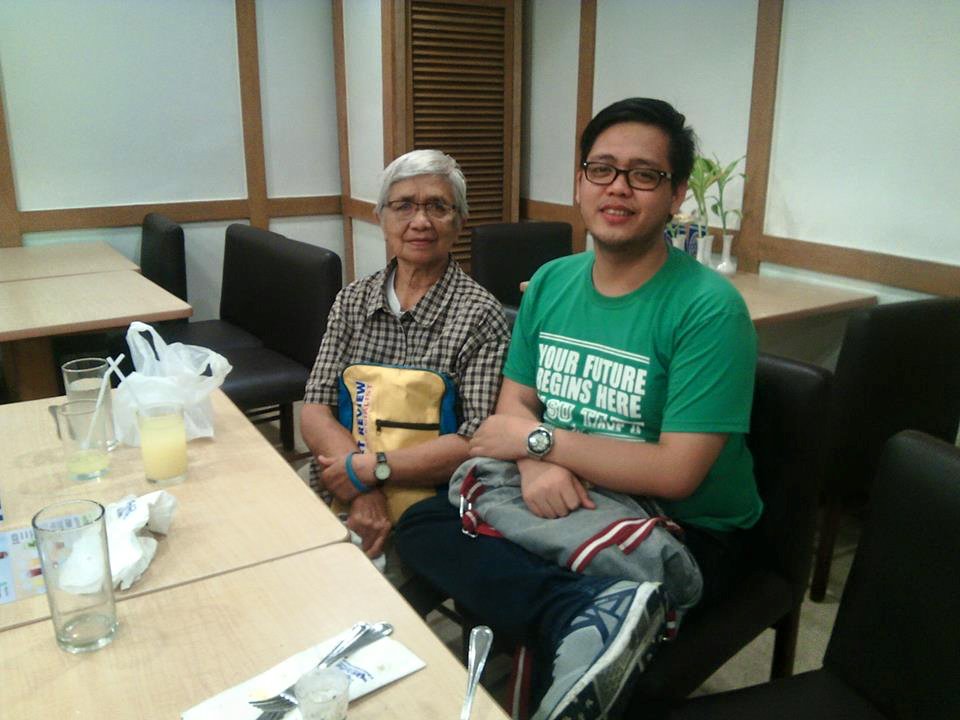