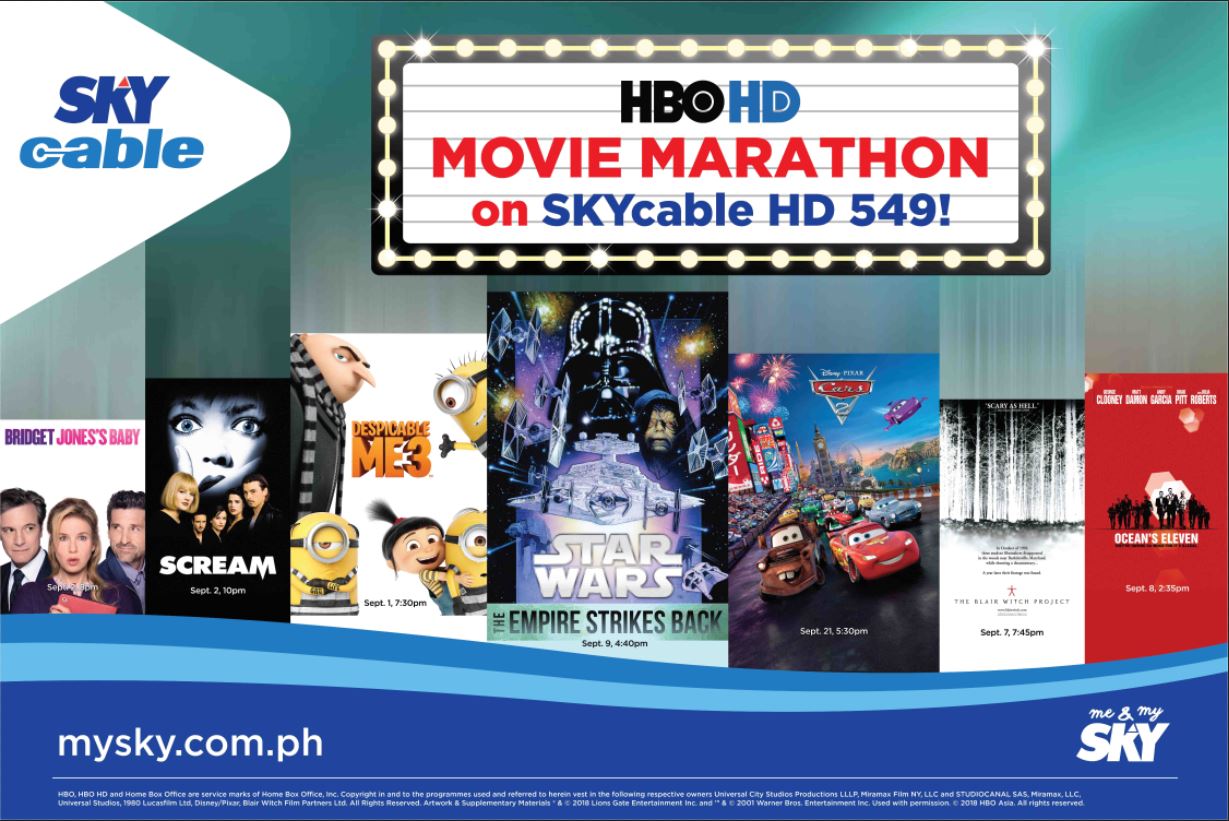 SKYcable HBOHBO and SKY gives the entire family the chance to bond over the most popular movie franchises.

‘Star Wars.’ The George Lucas franchise which began with “Episode IV” is on TV screens beginning with “The Phantom Menace,” followed by “Attack of the Clones,” “Revenge of the Sith,” “A New Hope,” “The Empire Strikes Back,” “Return of the Jedi” and “The Force Awakens.” The epic marathon begins Sept. 9.

‘The Blair Witch.’ “The Blair Witch” trilogy is back to scare the living daylights out of the uninitiated. See what got the world fascinated in this series beginning Sept. 7.

‘Scream.’ Follow Sydney Prescott (Neve Campbell) as she dodges the blades of Ghostface. The horror begins on Sept. 29.