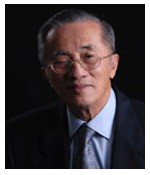 In a statement announcing an investment and cooperation agreement with PLDT, Oscar M. Lopez said, “We are very optimistic with this new partnership. We believe that we can leverage the strengths and synergies inherent among each of the partners and ultimately benefit our customers and the country as a whole.”

Telephone company PLDT and Meralco have potential synergies in wire infrastructure, fiber optics for broadband and other applications, customer relationship management, billing and collection, as well as repair and maintenance.

The Lopez Group, from whom Meralco ownership was wrested by the Marcos dictatorship, historically owned 14% of Meralco following an agreement with government affirmed by the Supreme Court post-Edsa Revolution.

This 17% ownership held until two years ago when FPHC purchased Meralco shares of partner Union Fenosa, which decided to leave the Philippine market, and the Meralco Pension Fund. These purchases brought up the Lopez Group stake to 33.4%, which allowed it, along with proxies, to retain management control of Meralco in 2008 when erstwhile shareholder GSIS (Government Services Insurance System) attempted a hostile takeover.

FPHC president Elpidio L. Ibañez said in a briefing that the increased stake in Meralco resulted in a debt overhang that needed to be addressed this year. Returning the Lopez Group to its historical 14% Meralco ownership through an investment and cooperation agreement with PLDT/ Metro Pacific allows FPHC to strengthen its financial position and rebalance its portfolio, as well as retain significant shareholder rights over Meralco.

Under the agreement, PLDT or its assignee will purchase from FPHC a total of 223 million shares of Meralco, representing approximately a 20% interest, at P90 per share or P20.07 billion. FPHC and PLDT agreed on certain corporate governance principles such as nomination of directors to the Meralco board.

FPHC would retain 13.4% interest in Meralco and would continue to be one of the major players in the power industry, through its stake in First Gen Corporation which owns natural gas pioneers First Gas Corporation and FGP Corporation, and controls geothermal energy pioneer Energy Development Corporation. FPHC is also pursuing solar energy projects through First Philec Solar Corporation.

Going forward, FPHC chair Oscar M. Lopez believes the company’s partnership with PLDT in particular will “usher in a new and even more dynamic era in its corporate life.” Both parties are open to broader cooperation in areas outside electricity distribution, and aim to maximize business synergies to further “improve public service and shareholder value.”

PLDT/Metro Pacific will own 30.17% of Meralco through the 20% sold by FPHC and the 10.17% earlier bought by PLDT Beneficial Trust Fund in the stock market.

“The Lopez Group may have lost its control of Meralco, but it has gained enough resources to manage its debt issues; partnered with two of the biggest companies in the country that have strong balance sheets; and nothing else in the portfolio was sacrificed,” Jose Mari Lacson, head of research at local stock brokerage Campos Lanuza & Co., was quoted as saying.

In the same Inquirer report, other analysts said the investor and cooperation agreement “should alleviate solvency concerns for the entire group as the proceeds could be used to reduce the parent company’s debt of P17B, or to refinance subsidiary debt,” and “strengthens the financial position of FPHC and eases investors’ concerns on their subsidiaries’ refinancing risks.”

Under the leadership of MML, Meralco has continually improved its technical performance as an electric utility, achieving a systems loss best of 9.3% in 2008, compared to 22% when the Lopez Group returned to Meralco in 1986. Its Interruption Frequency Rate and Cumulative Interruption Time are also at record lows. These were accomplished despite tight budget constraints and regulatory setbacks.

“Meralco is operationally at its best today,” MML said. “I am very proud of what we have accomplished. I never imagined we could perform as well as we have done…taking up new partners is very good for Meralco because the joint expertise and resources can lead to ever improving performance for the benefit of customers.”

“Both companies (PLDT and SMC) have proven track records. They have vast experience in entrepreneurship. Who knows how our partnership can grow into other ventures. Due to our combined know-how and network, I can see the possible synergistic relationship develop into entrepreneurial activity inside and outside the energy sector,” MML said.

Ibañez added that a broader ownership base is good for Meralco and that FPHC is “willing to partner with groups with similar objectives” as the Lopez Group.

SMC is the largest publicly listed food, beverage and packaging company in the country with over 100 facilities in the Philippines, Southeast Asia, China and Australia including five breweries, four glass lants, two metal closure and lithography plants, two plastic case plants and a coconut oil mill. SMC ventured outside its core food, beverage and packaging businesses in 2008 to acquire Meralco shares from GSIS, and controlling stakes in the country’s biggest oil refiner and retailer, Petron Corporation, and in Qatar Telecom QSC to build wireless broadband and mobile communications projects in the Philippines.

The Lopez Group is a conglomerate committed to investments that promote national development, with interests in power generation and distribution, media and communications, electronics and electricals manufacturing, construction and property development.

Its principals, the Lopez family, count over 200 years in Philippine business and philanthropy. Lopez Group founder Eugenio H. Lopez Sr. led a group of Filipino businessmen in acquiring Meralco in 1962 from its American owners in what was hailed as the biggest leveraged buyout of its time. (With interview by Norman Sison)