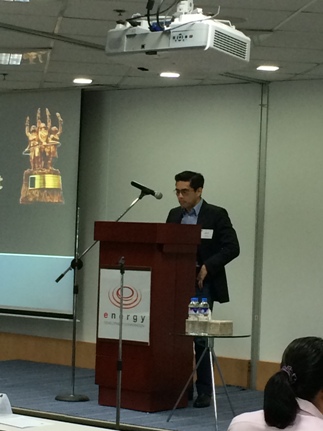 Benjamin R. Lopez, senior executive vice president of Lopez Inc., opened the summit which gathered representatives from the cycle’s 11 winners as well as guests eager to pick up tips for their own LAA campaigns.

The journey of Asian Eye Institute, the only awardee in Business Management, was documented in Quick Turnaround from an Imminent Loss. The campaign was presented by vice president and general manager Alwin Sta. Rosa.

LAA codirector Beth Canlas led the soft launch of the program’s 2014 cycle and outlined the related activities for the rest of the year, which will be capped by the awarding ceremonies in October. She also announced the appointment of First Philippine Holdings’ Ross Hamo as the new program manager effective this month.

In his closing remarks, Benjamin Liboro said he felt proud of the people he works with as he listened to the presentations. The LAA codirector also thanked the nominators for the record number of entries received by the program management last year.