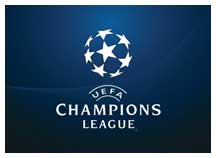 UEFA Champions LeagueTwo days of pure football action will be witnessed on Balls Channel as it airs the Union of European Football Associations’ (UEFA) Matchday 5 on November 21 and 22.

Watch these matches on Balls Channel: Playing on November 21 (Wednesday) are the teams Spartak Moscow vs Barcelona at 1:00 a.m., Valencia vs Bayern Munich at 3:30am, and Juventus vs Chelsea at 5:30 a.m. Playing on November 22 (Thursday) are Zenit vs Malaga at 1:00 a.m., Manchester City vs Real Madrid at 3:30 a.m. and Dynamo Kiev vs PSG at 5:30 a.m. All the action leads up the dramatic Final which will take place at the historic Wembley Stadium in London in May 2013.

The UEFA Champions League Matchday 5 will be aired on Balls Channel (SkyCable Ch. 34) this November 21 and 22. Always tune in to Balls and be updated with the biggest happenings in the world of sports. Balls channel is available on SkyCable Platinum, SkyCable Gold, SkyCable Silver and over 200 quality cable operators nationwide. Balls Channel is also available on Destiny Cable channel 36. For more updates, visit www.ballschannel.tv, like their official page on Facebook at www.facebook.com/BallsChannel and follow @ballschannel on Twitter.