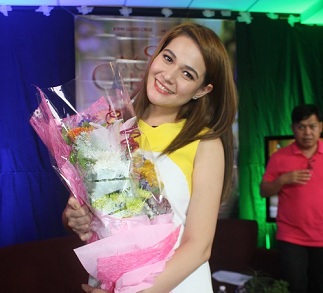 Bea AlonzoWhile their movie delved on subsequent opportunities in love, A Second Chance’s lead actress Bea Alonzo and one of its creators Vanessa Valdez met the members of the international press and Filipino community in Europe and the Middle East for the first time via an online press conference held this week by premier network The Filipino Channel (TFC).

For the first time, TFC held a three-way press conference that brought together This Generation’s Movie Queen Bea Alonzo, and co-creator Vanessa Valdez to meet the members of the international press and the Filipino community in Europe and the Middle East.

The online press conference was organized to mark more milestones for TFC and the already record-breaking A Second Chance: the 10th anniversary of TFC’s first screening of a Filipino film in the Middle East via the movie via ‘Dubai,’ and TFC in Europe’s first venture into the mainstream film circuit via Vue Cinemas and other major cinemas across Europe.

According to ABS-CBN Managing Director for Middle East, Europe and Africa Kai Rodriguez, “There is a lot to celebrate about the renaissance of the Philippine movie industry. This movie is breaking all records. You’ve also heard about the recent successes even of our independent movies. The audiences in the Philippines are coming out to watch movies again and that’s not only of because of the audience but because the Philippine industry is making more movies, and number two, better movies - better movies that tell real stories. Because of technology, we’re also seeing now that it’s easier to make a movie. But even the writers are also getting way better about being realistic about the stories they are telling. And because of this, a milestone like this is really worth-telling.”

Alonzo and Valdez express their gratitude to TFC for bringing A Second Chance to worldwide audiences via TFC@theMovies, specifically in the two continents.

Valdez said, “First of all thank you to TFC. We appreciate it so much. We invite all of you to come join us as you make the story of Popoy and Basha as your own. It’s not just our movie but your movie as well.”

The movie A Second Chance is the sequel to the modern classic One More Chance which tells the story of the iconic characters Popoy and Basha now married, after having given each other just that – one more chance.

Valdez admitted to the press and the Filipino community that making the movie was a challenge but the core team composed of herself, Bea, Director Cathy Garcia Molina and co-writer and creative producer Carmi Raymundo stood up to the challenge mainly because of their love for the fans.

“I don’t think we ever really considered that we’d want to do it again up until we started working the novel, ‘One More Chance,’ novel (written by Juan Miguel Sevilla). It was received so well and people were constantly asking us, ‘Does the story of Popoy and Basha have a sequel?’ They want to know what happened after the end of the first movie and coming off that, we’ve been discussing over the years - ano nga bang nangyari? What really happened to Popoy and Basha?”

Valdez further shared: “We were all pressured that you know we needed to meet people’s expectations because it such a well-loved movie. But at some point, the rest of the team, were saying, you know what, forget the expectations. This is what’s going to happen. This is the reality. Be brave to take the risk.”

Valdez defined this. “It’s said in the movie. ‘It’s brave to ask what is but it’s even braver to accept what is.’ How do we tell a story that is truthful to us? What is a good story to tell? Simply, it was something they (fans) can relate with.”

I believe in a lot of chances.” Also, Alonzo shared that she finds a lot of herself in Basha. “May malaking parte ng pagkatao ko si Basha. Maybe doon sa kung paano siya nagmahal and kung paano niya pinangalagaan ang [isang] pangako A huge part of me is like Basha. It’s in how she loves and cherishes promises that’s been imparted),” she said.

TFC for its part, is making good of its promise of continuing to share the galing ng Filipino through content including for film which are reflective of the stories of Filipinos. As a response to one of the questions on whether TFC will create more movies on overseas Filipinos, Rodriguez shared: “The movie that we ever released Dubai was shot here. We had a movie shot in Milan, in San Francisco. A movie that’s shot overseas is really in the works. It’s really not new. What’s new is if we can premiere Hollywood-style. We’ve been working with Star Cinema and film fests abroad so the answer is yes.”

An excited Alonzo said in response to the question and the challenge, “Maybe the third one (of the One More Chance series) should be shot there (Middle East).”

Rodriguez added “We’re all in the service also when we tell our stories and proudly tell them to the world – Filipino values on life and love; the stories of our dreams, hopes and challenges; and the way we chase after them. These stories will help us let the world understand what we are about. For us it’s really important that we share movies and content with our fellow Filipinos who have been away for a long time and also to our friends and family who may not be Filipino. If you may note, our movies in the theaters and content on television are sub-titled in English. We are in the service of the Filipino when we are able to bring communities together.”

The virtual conference was attended by members of the press from Europe and Middle East and the management team of ABS-CBN Middle East FZ, LLC and Europe including News Bureau Chief Danny Buenafe and Regional HR and Admin Head Bernard Bandonell. “A Second Chance is now being shown in the United Arab Emirates, Qatar, Bahrain, Oman, and Kuwait in the M.E. and will be seen Birmingham, Leeds, Greater London and East London starting December 5 and 6; Milan, Rome, Messina and Padova on December 6; in Paris on December 5 and 6; in Madrid on December 6; and in Vienna on December 5 at 6. 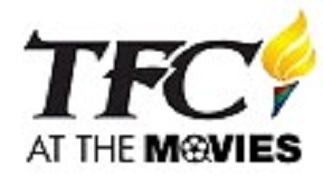 TFC at the Movies 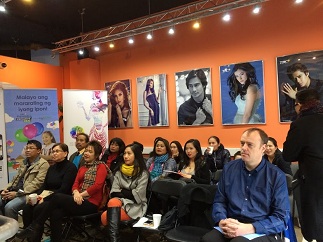 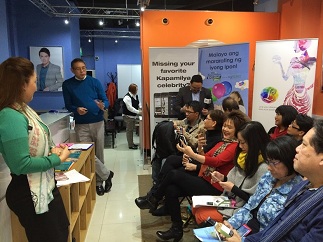 EU press and Fil Com with Eclarinal and Danny Buenafe 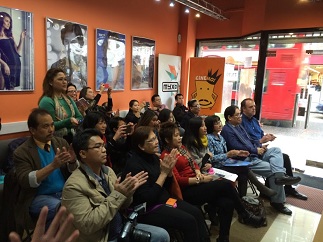 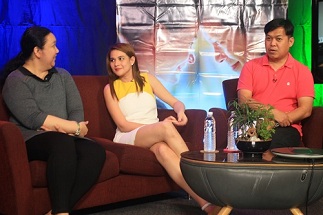 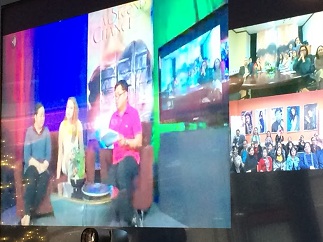