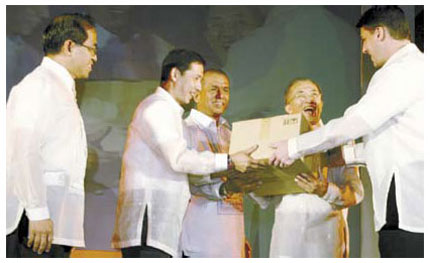 FPSC
THE future’s bright for First Philec Solar Corporation (FPSC) and its trailblazing incursion into the sunrise industry of solar power.

An 80-20 joint venture between First Philippine Electric Corporation and Sun- Power Philippines Manufacturing Ltd. (SPML), FPSC came about after a series of fortuitous events. First Sumiden Circuits Inc. (FSCI) chief Dan C. Lachica was introduced by a common friend to a senior executive of SunPower, which was then looking for somebody to outsource its wafer slicing operation.

“For the past three years, our mandate was to expand the manufacturing businesses, both electrical and electronics. We were always on the lookout for other opportunities,” Lachica says.

Their then-prospective partner, SPML, is the subsidiary of SunPower Corp., which was cofounded by Stanford University electrical engineering professor Richard Swanson. The 25-year-old, California, USA-based company today is known for designing and manufacturing the world’s highest-efficiency solar panels. 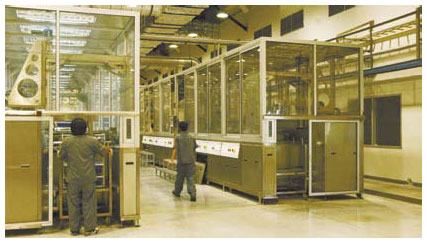 After edging out more established competitors, FPSC—as the JV company came to be called the JV agreement was signed and the project was off and running. Lachica, a Silicon Valley alumnus, was recalled by First Philippine Holdings Corporation (FPHC) from FSCI where he was seconded and came onboard as FPSC president and chief executive officer.

The fledgling venture, for which First Philec and SunPower shelled out an estimated $76 million, is “the first large-scale silicon wafer-slicing company in the Philippines” and currently employs 450 people. In the short term, FPSC aims to churn out 240 million silicon wafers a year for two SunPower plants using 100 saws “to support approximately 720 megawatts of solar energy.”

What do wafers have to do with solar power? And what exactly does FPSC do?

“Solar power falls under the category of renewable energy, meaning energy generated from natural resources such as sunlight, wind, rain, and geothermal heat which are naturally replenished,” Lachica explains. “Under this classification, you will have wind, water, solar. Why is it solar power? Because you take the light energy from the sun and convert it to electric energy, to voltage and current.

“The Philippines is in a good position to reap the benefits of solar power because we enjoy lots of sun; unlimited supply of solar energy. We’re well positioned. We just have to ensure that the legislation and the technology are in place.” 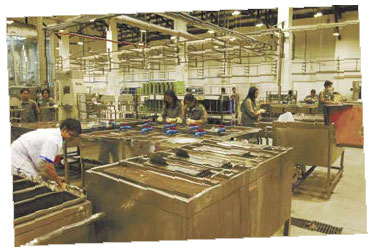 SunPower’s photovoltaic or PV products currently have 23% efficiency, the highest among solar companies that use the silicon wafer technology, Lachica notes. This means that “if you have the equivalent of 10 watts captured from the sun, that solar cell will produce 2.3 watts.” Thin films panels in comparison have a lower efficiency, generally in the low to mid-teens.

FPSC basically provides a service, slicing silicon “loaves” into wafers that it sells to SunPower. SunPower, in turn, assembles the wafers into solar panels or grids of wafers. Buyers range from residential customers, commercial establishments like Target or Wal-Mart, and resorts, but for now, power plants make up the bulk of high-demand customers.

“It’s still expensive to set up a system in the Philippines. You have to install an off-grid system which is practically useless at night unless you have a battery. However, the demand will be spurred by the Renewable Energy Act,” Lachica says, as it will allow connection to the grid.

The Renewable Energy Act, among others, “provides the legal and institutional framework necessary for harmonizing policies on the swift development of renewable energy technologies.”

Learning from Sumiden
Being a startup company, Lachica and his group started out in 2008 knowing next to nothing about wafer slicing. With the help of SunPower, the FPSC team learned the ropes as soon and as fast as they could. Thus, the crew often fell back on the systems that served them well in First Sumiden.

“We introduce the concepts used in Six Sigma. For example, when you have a problem, most of the time people will talk about the symptoms. That’s not the Six Sigma approach. You identify the root cause and that’s what you’ll resolve, because if you’re just trying to fix the symptoms, the problems will recur,” Lachica says.

Growing pains aside, how does the FPSC chief see the company faring in the next few months? 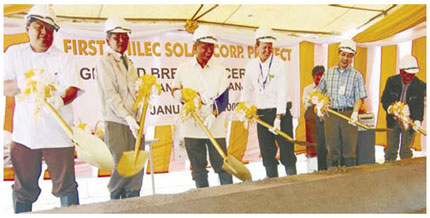 Building up FPSC
“This year, the challenge is funding,” Lachica admits. “Because of the financial downturn, cash is king. In order to grow, we need cash to pay for equipment, to pay for materials. The banks are very conservative and rightly so. What we need to do is come up with a project that’s very attractive and even to a certain extent, bite the bullet.”

From an industry standpoint, FPSC is “healthy,” Lachica notes. Growth projections for the solar power industry, despite having been flattened a bit, remain in the rosy double digits at 30%.

Leveraging on its partnership with SunPower, Lachica hopes to build FPSC up into the biggest, if not the only local Filipino solar company. The strategy is to branch out higher into the value chain to solar panel assembly and installation. Also in the pipeline is an overseas venture, specifically in Malaysia; SunPower is expected to increase its demand for silicon wafers for its soon-to-rise 1.2-gigawatt facility.

“The name of the game in the solar business is lowering the cost per watt,” Lachica sums up. “To achieve grid parity, the price has to go down to 20 cents per kilowatt-hour. Right now, it’s probably at 30-plus cents. The projection is by 2013, we will have accomplished that. But what’s in the horizon, we want to build up FPSC to full capacity, we want to set up our Malaysia operations, we want to find other customers.” 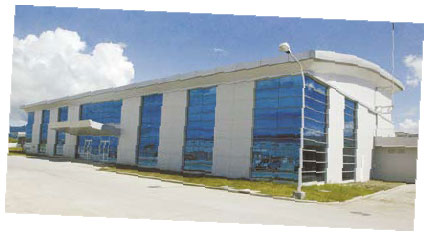