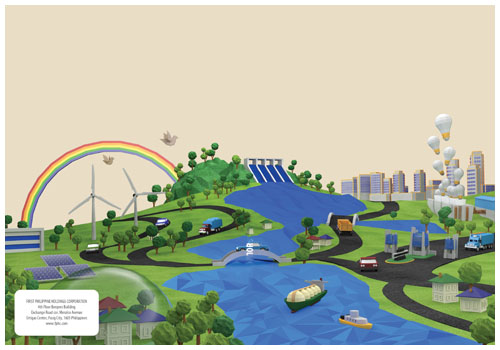 First Philippine Holdings Corporation (FPH) is ready for its close-up. The company, which marks its 53rd anniversary this month, has rolled out “Powered by Good,” an umbrella campaign to increase awareness of FPH and its subsidiaries among the general populace.

The idea for such an undertaking was already percolating as early as 2011, when vice president Benjamin R. Lopez (BRL) broached the idea of a major relaunch during FPH’s 50th anniversary celebration. FPH chairman and CEO Federico R. Lopez (FRL) later got together with BRL and Corporate Communications adviser Danny Gozo in order to flesh out the FPH reboot. 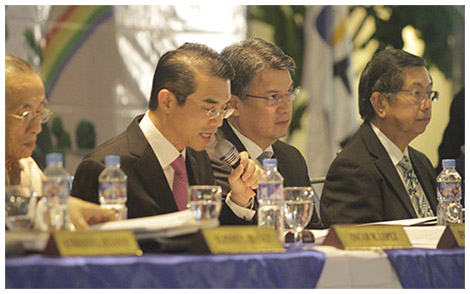 With the internal corporate communications (ICC) newly beefed up with the addition of Deedee Garcia Agustines as AVP, the team quickly wrote up the corporate brief, selected an agency and deliberated on the creative executions.

“Powered by Good” is captured in a 100-second animated clip that shows FPH’s businesses and how they contribute to improving the life of every Filipino.

“Our team, and our ad agency, saw ‘Good’ as the thread that runs through every FPH effort, so we based our direction and content on this theme,” explains Agustines, a corporate communications practitioner who joined FPH in early 2013. “‘Good’ is why First Gen and Energy Development Corporation (EDC) are able to power the country with clean, renewable energy, why First Philec produces the components of progress, why Rockwell Land pioneers living spaces where people can enjoy an exceptional lifestyle, why First Philippine Industrial Park creates jobs that keep families together, and why First Balfour does everything it can to build a better Philippines.” 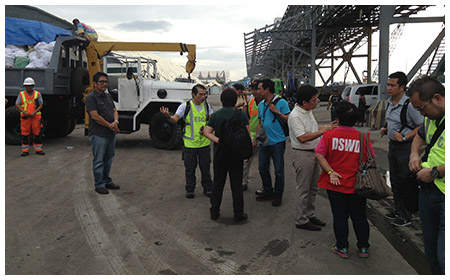 FRL meets with the Cabinet SecretariesTop of mind
Through “Powered by Good,” FPH also hopes to be top of mind among the country’s talent pool and the investor community.

“We want to become the employer of choice of top graduating students countrywide, and for fund managers to take a second look at FPH beyond its improving numbers performance. We wanted to showcase the soul of the company and the Lopez Group from where it branched out,” Gozo says.

While FPH sees itself as a “challenger brand” vis-à-vis larger and more high-profile Philippines conglomerates, “whatever claims we would make are defensible, real and proven, which are rooted in the Lopez DNA,” adds the veteran PR executive. 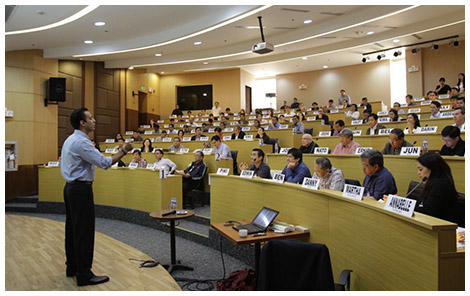 Group executive learning sessionFor FPH, like the rest of the Lopez Group companies, wears its values proudly on its sleeve, so to speak.

Stresses FRL, who succeeded his father Oscar M. Lopez (OML) as FPH chairman on the latter’s retirement in 2010: “If there’s one striking fact about the history of the Lopez Group, it’s that there have been many instances in our history when other principles mattered much more than the drive to make profit. And that fact will be true of us heading into the future as well.”

This commitment to the nation’s development and adherence to the Lopez Values were tested countless times throughout Group founder Eugenio Lopez Sr.’s (EL Sr.) lifetime: when he fearlessly challenged the dictator Pres. Marcos despite the risk of losing everything he had worked for, when he led Meralco through its Golden Age, and when he exposed the governor of Iloilo’s alleged ties to illegal gambling. 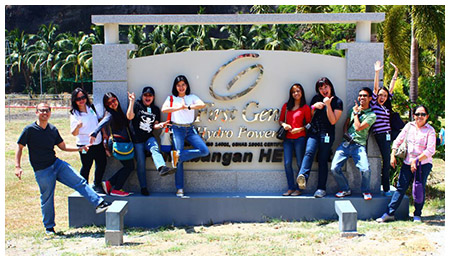 FRL meets with Cabinet secretaries on the Yolanda relief distribution system; Employees during the ‘Kapamilyarization’ tour at First Gen’s Pantabangan-Masiway hydroelectric power plantThe history
FPH—then known as Meralco Securities Corporation— was organized by EL Sr. in 1961 as the vehicle to purchase Meralco from General Public Utilities.

Not only did EL Sr. and his mostly Filipino executives proceed to run Meralco better than the original owners did, the group was also so financially successful that MSC was able to start up a handful of new companies within a three-year period. In 1969 alone, they were able to venture into lubricating oil manufacturing, construction and transformer manufacturing.

MSC’s expansion streak was halted by the declaration of martial law. While it continued to operate throughout the period, it did so without EL Sr., who had been forced out of the company by 1973. By 1978, MSC was known as First Philippine Holdings.

With the restoration of democracy in 1986, OML took on the task of nursing FPH back to health, while his brothers Eugenio Jr. and Manuel returned to ABS-CBN and Meralco, respectively. Within a decade, FPH was on solid enough ground to embark on big-ticket infrastructure, real estate and power generation projects that helped speed up the country’s recovery from the ravages of martial law. 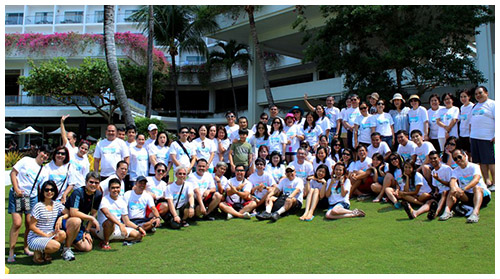 Employees enjoying the summer outing in Mactan, CebuPrimed for success
More recently, it “ushered in clean natural gas from Malampaya into the Philippine energy mix, anchoring half the field’s demand by building the country’s most efficient power plants, Sta. Rita and San Lorenzo…,” FRL says when asked to cite other watershed moments in FPH’s corporate life over the past half century.

“I can see it as we build the San Gabriel and Avion power plants that will catalyze the importation of liquefied natural gas into the Philippine energy mix before this decade is over. I can see it driving us as we build one of Southeast Asia’s largest wind farms in Burgos, Ilocos Norte before the summer of next year. I can also feel it propelling us in the same way that my grandfather brought Meralco to new heights; we will bring EDC and Filipino geothermal expertise to new lands and the global arena.” 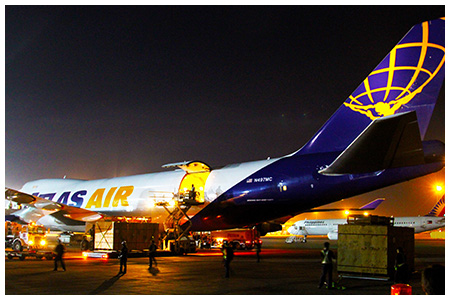 A shipment of EDC repair equipment post-YolandaAs FPH enters second halfcentury, FRL expresses high hopes for one of the most enduring Lopez companies.

“I believe that the coming years will validate much of the careful and deliberate thought and planning we’ve undertaken to prime our platform of businesses for success. I have no doubt of the upward trajectory of our bottom line in the years to come, but what is even more certain is that our growth will always be underpinned by the vision we share for a better country and a better world. One that’s ‘Powered by Good’.”