Eugenio Lopez Jr. established ABS-CBN Foundation Inc. (AFI) in 1989 to fulfill a promise he made to “serve the Filipinos” after his incarceration during martial law and his nine-year exile in the US. AFI started by generating welfare funds by broadcasting the plight of those in need of assistance. After Gina Lopez (GL) was appointed as managing director in the early 1990s, it branched out into various advocacies and programs on educational television, child welfare and environmental protection and community development. On its 31st anniversary, AFI shares memorable photos of some of its milestones and contributions to the country. 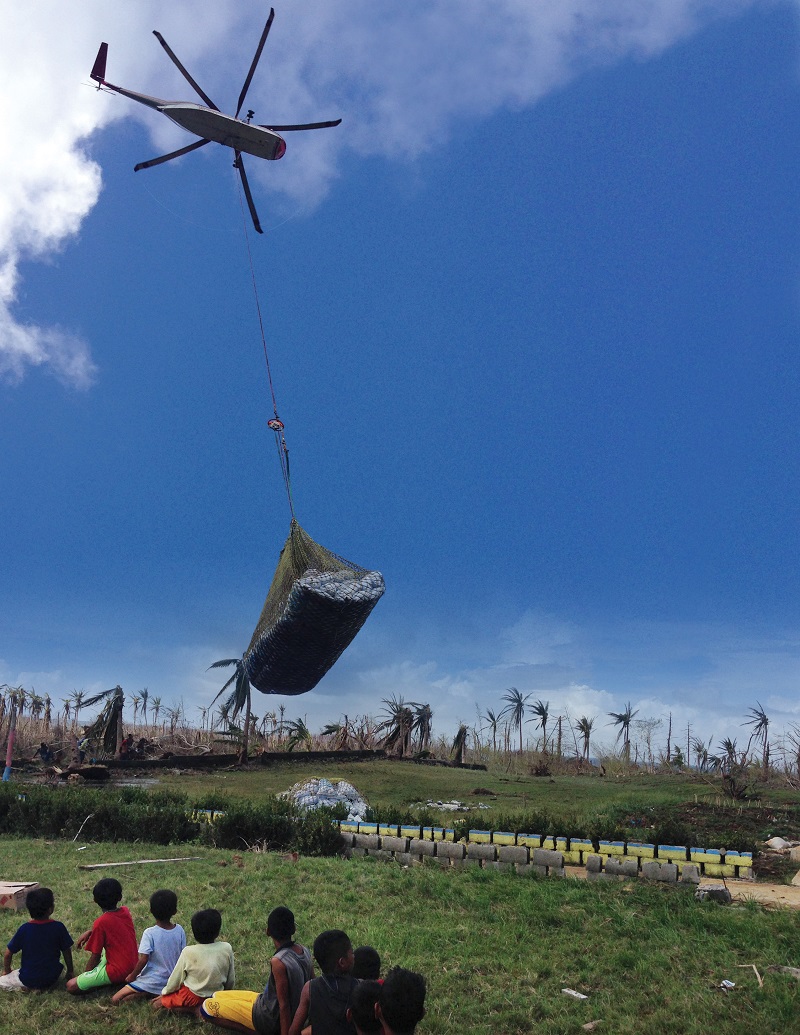 Whatever it takes to reach you

1. Whatever it takes to reach you. Relief efforts of Sagip Kapamilya for typhoon Yolanda in 2013. AFI uses all possible means to reach and help needy Kapamilya in times of disasters and calamities—be it by land, water or air. 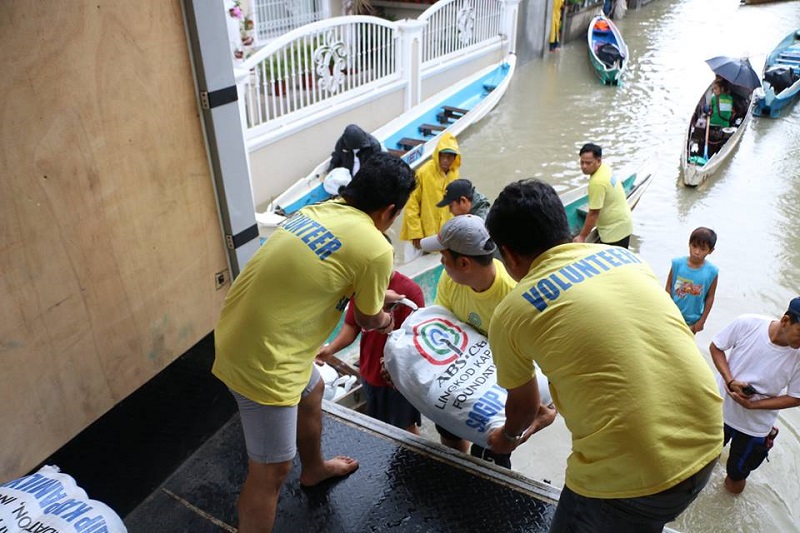 ‘We knew you would be here.’

2. ‘We knew you would be here.’ “Alam naming darating kayo” was an actual remark by a typhoon victim in the Visayas. Known to arrive at calamity sites usually ahead of everyone else, Sagip Kapamilya would always have prepacked relief goods ready for distribution in times of need. 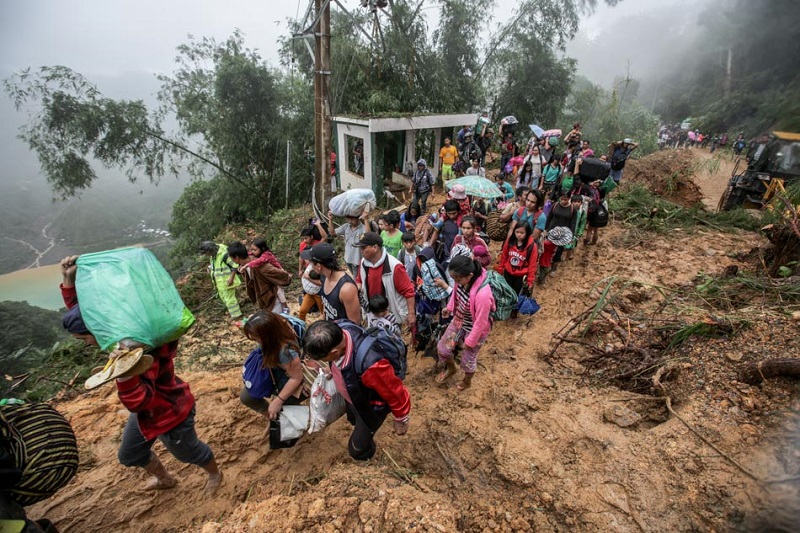 No mountain is too high.

3. No mountain is too high. The photo was taken after a landslide in Benguet, Mountain Province. One can always count on the Sagip Kapamilya relief operations team to be at the scene of man-made and natural calamities. As much as many of the remotest parts of the Philippines rely on ABS-CBN for news during calamities, AFI relies on the network to broadcast calls for help for Kapamilya in need. 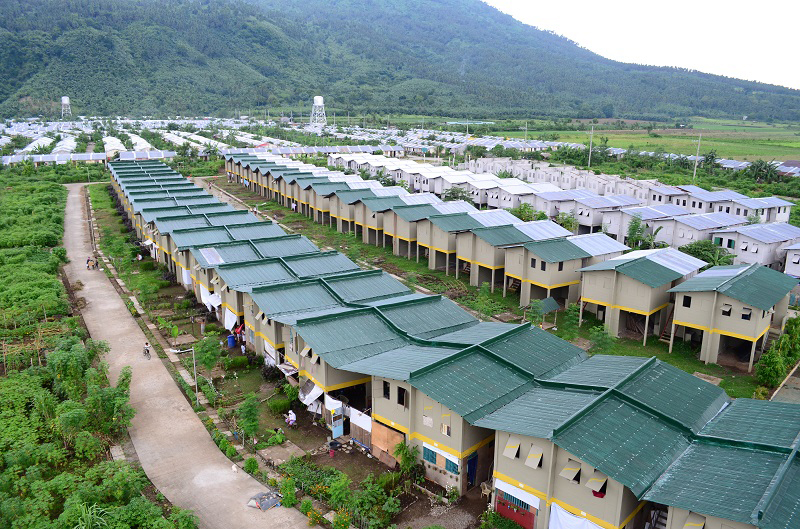 4. BayaniJuan sa Southville 7: A defining project in massive resettlement. BayaniJuan sa Southville 7 is a 107-hectare relocation site in Calauan, Laguna built by AFI with the help of its partner institutions for families affected by the rehabilitation of Pasig River led by Kapit Bisig Para sa Ilog Pasig (KBPIP) in 2009. Lauded as a model resettlement site, it has two schools, a wet and dry market, a health center, a livelihood center, a chapel, nursery and sports fields. 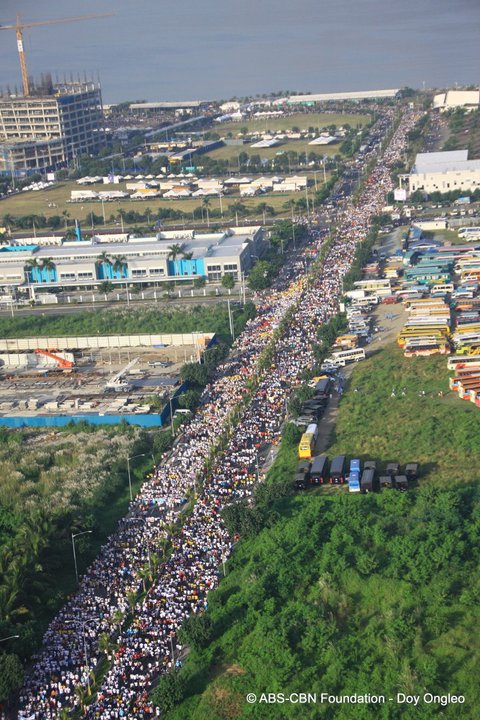 An epic run for the rehabilitation of Pasig River 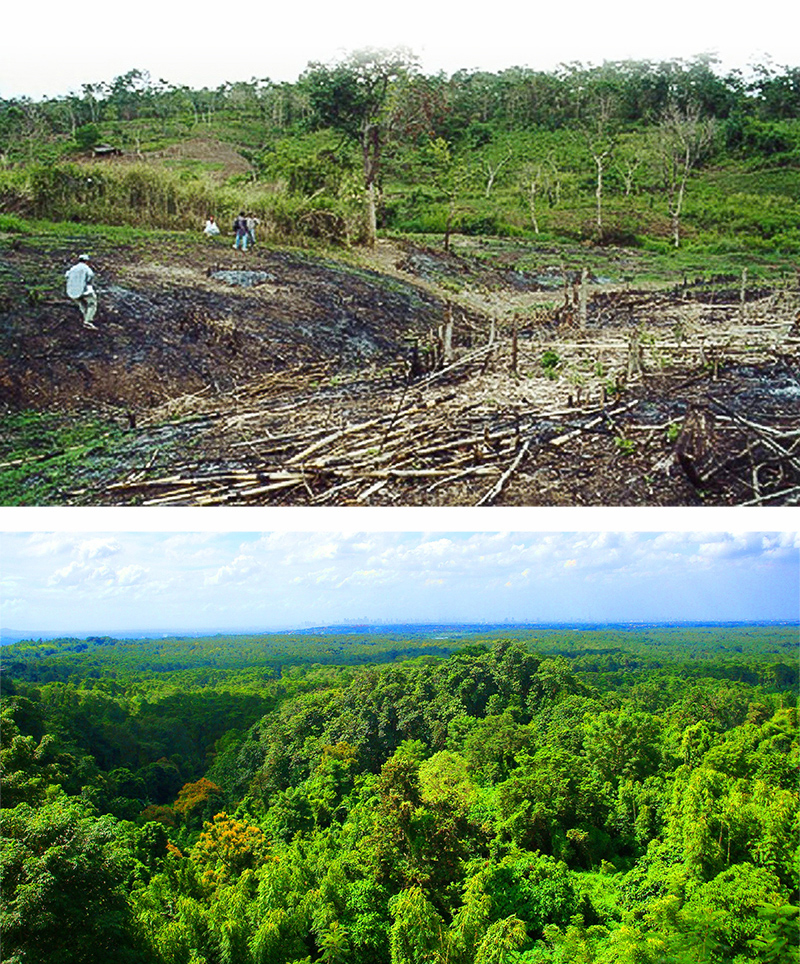 6. One million trees that help provide drinking water to 12.8 million Metro Manila residents. To reforest 1,250 hectares of La Mesa Watershed seemed like a herculean task when Bantay Kalikasan launched the project in 2001. But with the help of foresters, a strategic media campaign and the support of various organizations, the project has exceeded its target and reforested 1,552 hectares. AFI succeeded in planting 1,083,000 trees with a 92.5% survival rate! 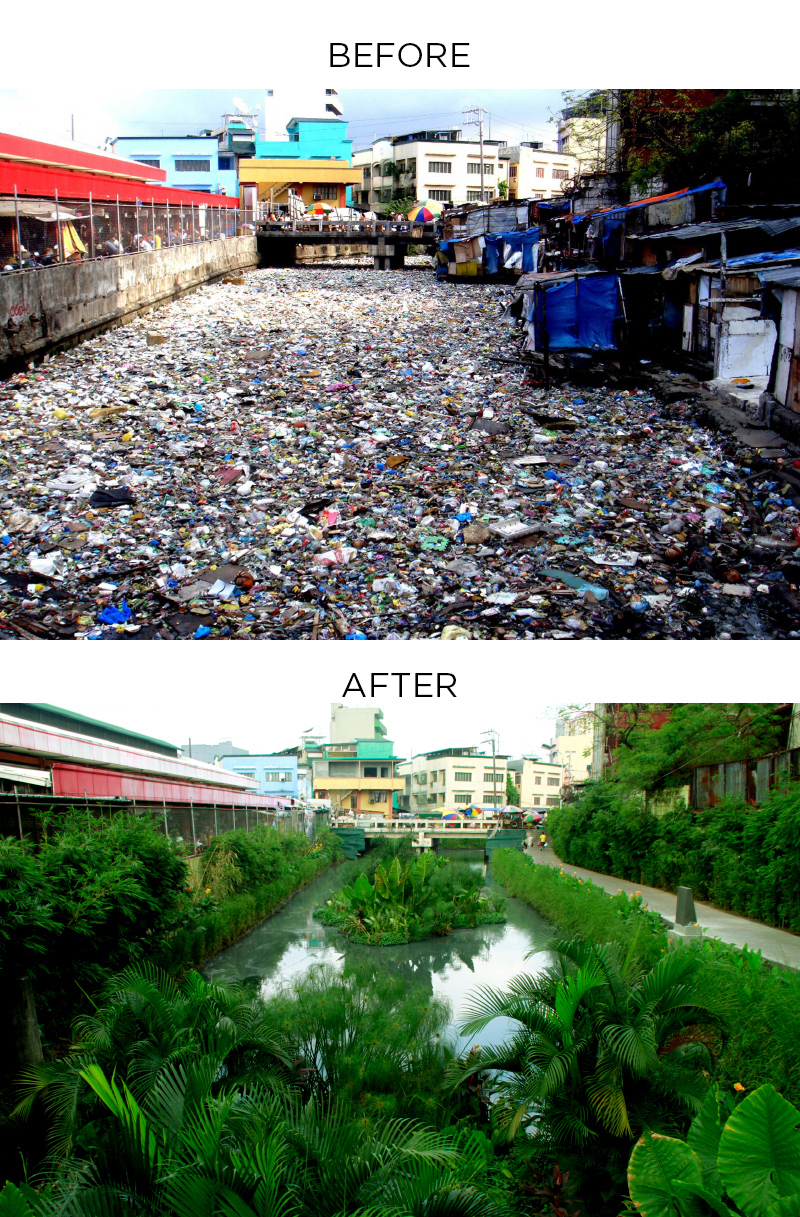 From filthy to beauty

7. From filthy to beauty. One of the most challenging tasks undertaken by Bantay Kalikasan in rehabilitating Pasig River was the cleanup of 19 tributaries (esteros). It relocated 3,000 informalsettling families, developed linear parks to reduce sewage wastes and established green spaces for the residents. 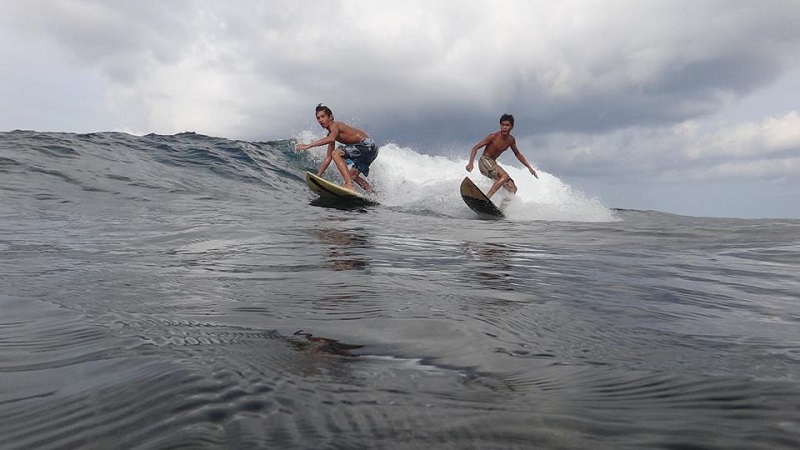 ‘The Philippines is beautiful and the Filipinos are able.’

8. ‘The Philippines is beautiful and the Filipinos are able.’ This firm belief of GL inspired her to rally institutional partners in helping local Filipino communities develop sustainable ecotourism sites all over the country. In 2014, Bantay Kalikasan helped a group of youth surfers in developing Lola Sayong Eco Surf Camp in Gubat, Sorsogon. These young surfers were trained to become surfing instructors and the income they earned helped them finance their education. 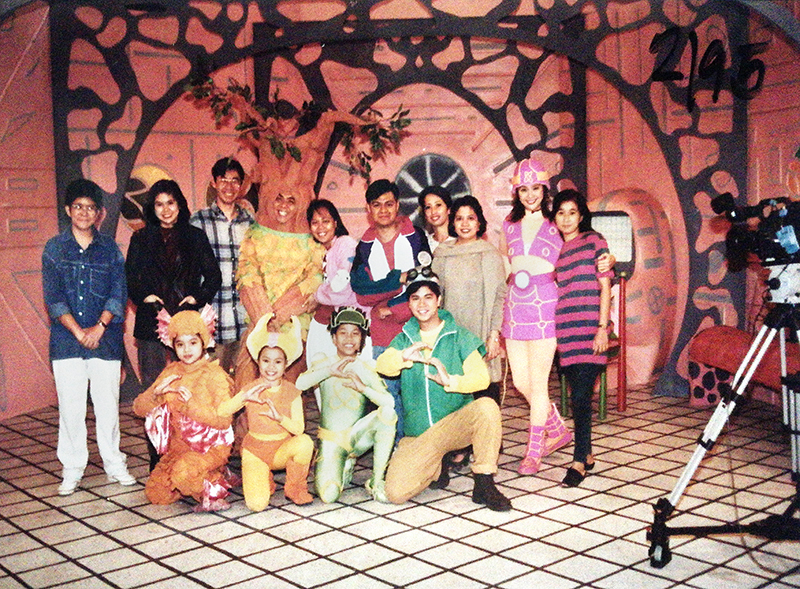 9. ‘Tayo na sa Sine’skwela!’ This award-winning educational television program was made mandatory viewing by the Department of Education for elementary school students. With the use of music, colorful costumes, interesting characters and state-of-the-art visuals, learning science had never been this fun. 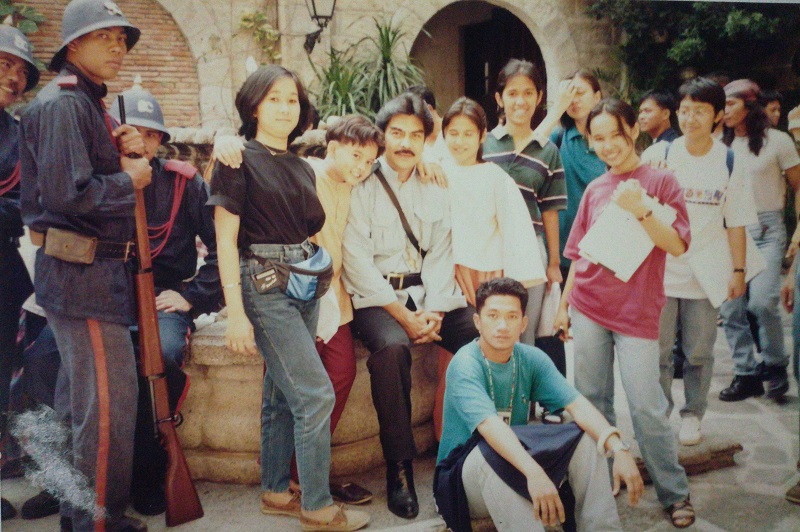 ‘Education is useless if Filipinos have no love for their country.’

10. ‘Education is useless if Filipinos have no love for their country.’ Educational Television created another program, “Bayani,” to teach children Philippine history. The show highlighted the value of nationalism and how Filipino heroes risked their lives and contributed their talents for their love of the Philippines. 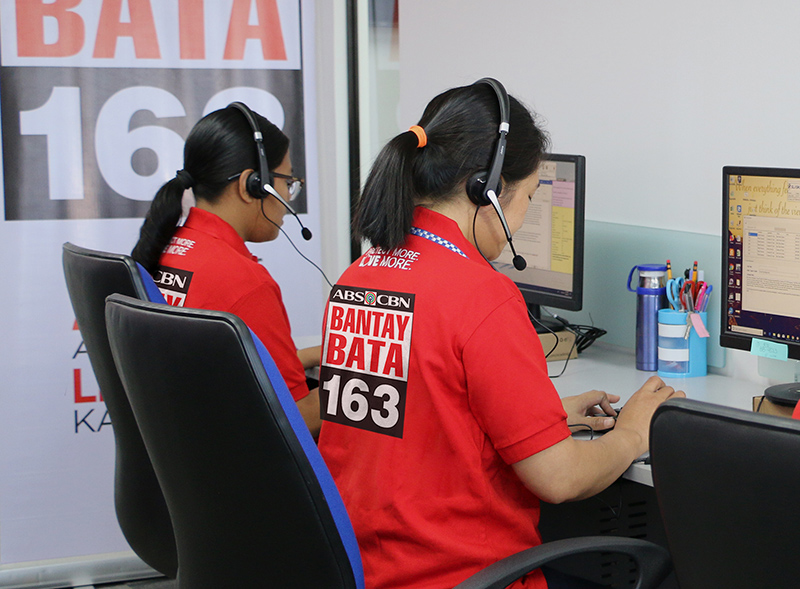 11. ‘Isusumbong kita sa Bantay Bata!’ This has become a common line among Filipino households to warn people who abuse children. Bantay Bata hotline 163 is Asia’s first and the Philippines’ only 24- hour hotline for child abuse reports and child welfare protection.

12. Bantay Bata Children’s Village: A child’s paradise. A haven where children are close to nature, where they can freely laugh and safely run and play, where they will be nurtured and cared for, and heal inside and out. This is how GL had envisioned Children’s Village in Norzagaray, Bulacan. Established in May 2003 and housing an average of 150 children, the legacy of this “paradise for children” continues. 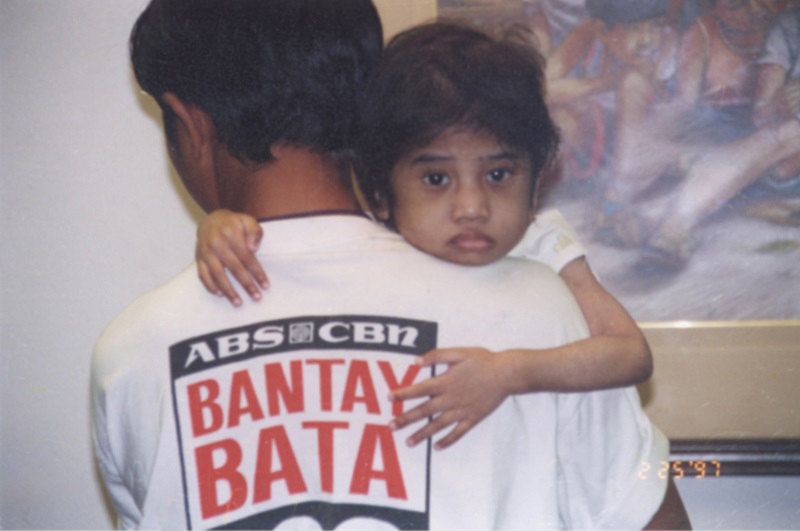 Jessie: The boy in the box.

13. Jessie: The boy in the box. Confined in a box under the kitchen sink and fed food scraps for five years, Jessie was rescued by Bantay Bata 163 in 1997. With the help of Bantay Bata’s therapists, social workers and caretakers, Jessie was healed and became the symbol of how love and compassion can transform a child from the effects of neglect and abuse. 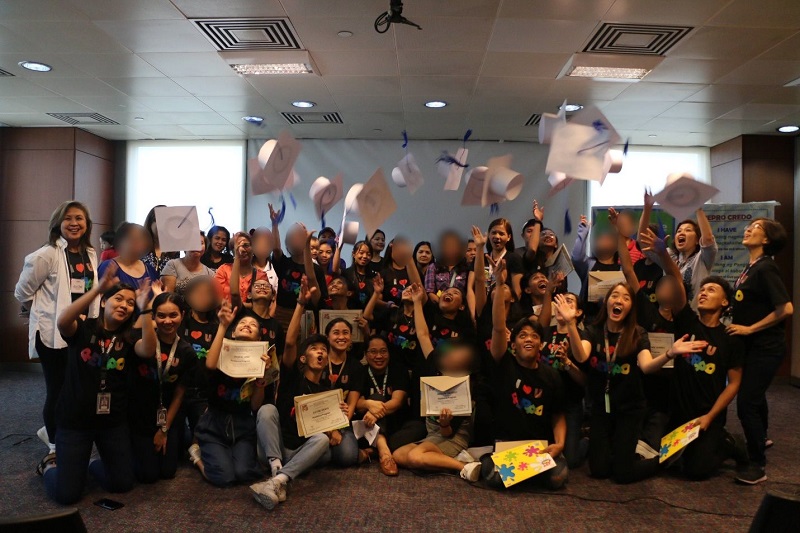 Educate a child, save a family from poverty

14. Educate a child, save a family from poverty Believing in a sustainable means to empower children and to save their families from the cycle of poverty, Bantay Bata 163 established Bantay Edukasyon in 1998. To date, this program has given 6,407 scholarship grants. Many of the former scholars are now professionals. 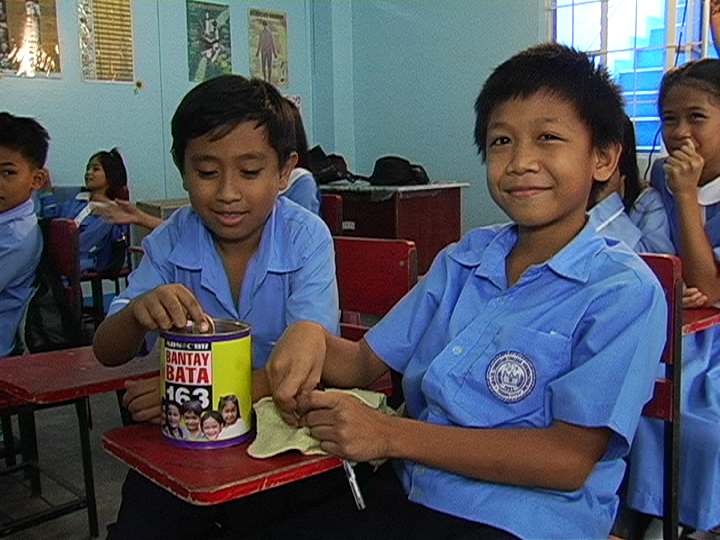 15. Children helping other children. The coins, taken together, helped sustain Bantay Bata 163 operations through the years. Adopting a coin bank gives schoolchildren a sense of responsibility and creates awareness of the program and its hotline. 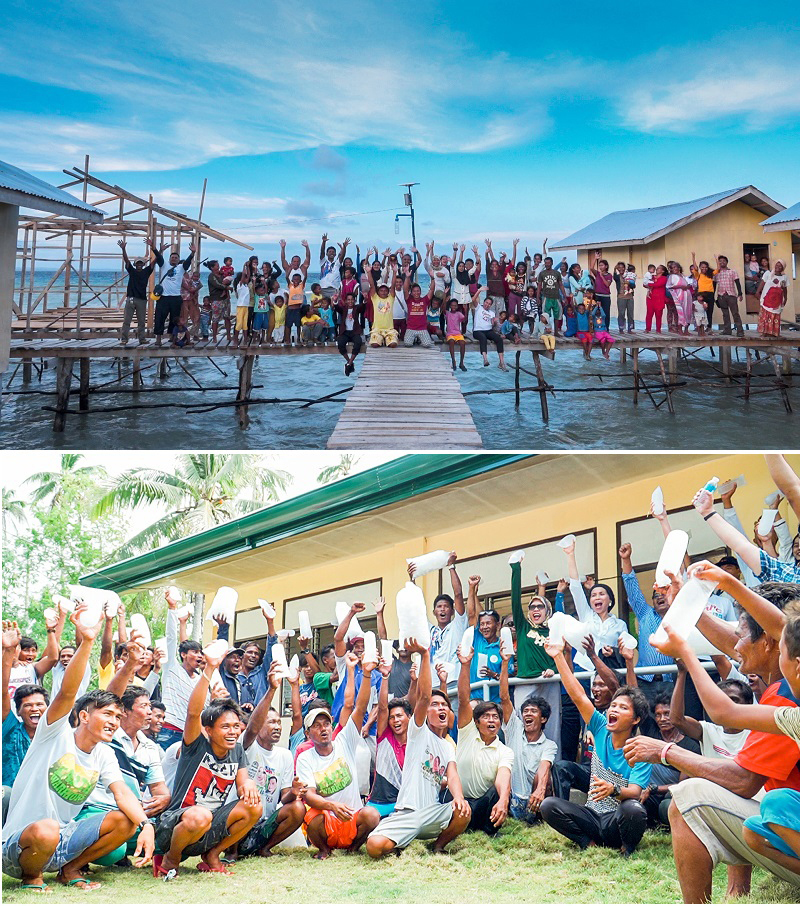 16. Life-changing ice for Tawi-Tawi fisherfolk. Before she passed away, GL promised 250 fisherfolk of Simunul, Tawi-Tawi that she would help them acquire a micro ice plant facility so they could preserve their daily catch. With the help of Aboitiz Foundation, the promise was fulfilled on February 2020 and the fastfreezing technology produces around one ton of ice per hour. The municipality of Simunul, Mindanao State University-Tawi-Tawi College of Technology and Oceanography, and the National Master Plumbers Association of the Philippines also supported the project. 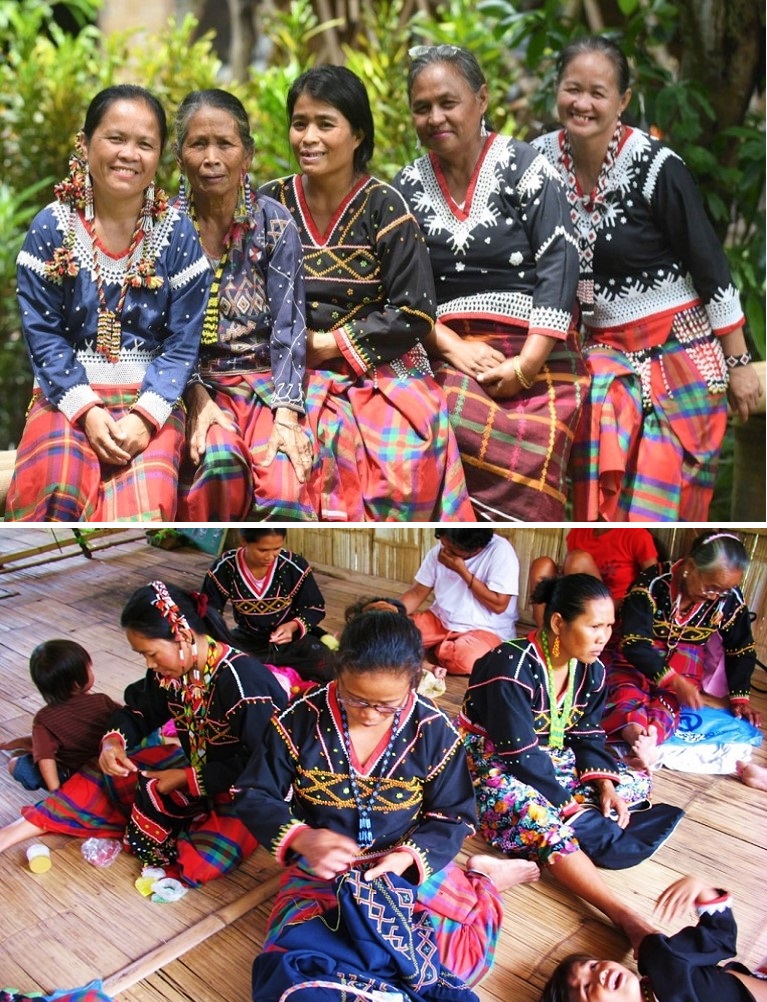 17. Empowering women and preserving indigenous cultures. The Lamlifew Tribal Women’s Association in Sarangani is one of the 14 ecotourism sites of Bantay Kalikasan. Bantay Kalikasan’s intervention has increased the public’s cultural awareness of the Blaan tribe. 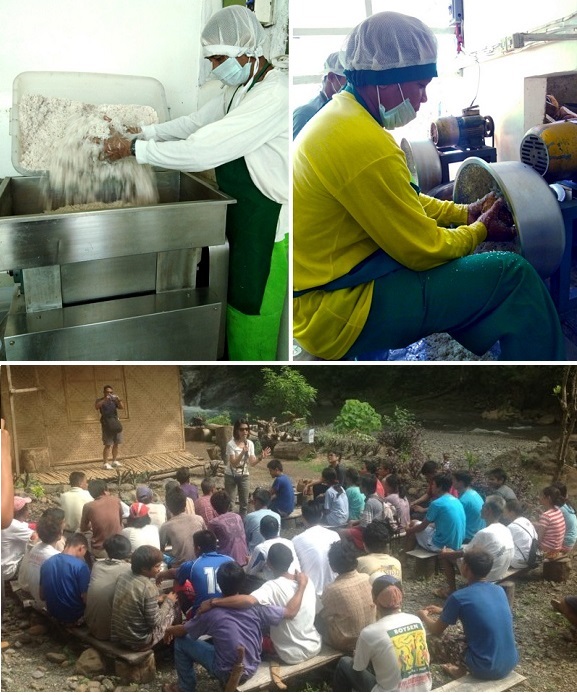 ‘Our country is rich in natural resources, but why are the Filipinos poor?’

18. ‘Our country is rich in natural resources, but why are the Filipinos poor?’ GL and the foundation arranged for investment and trained the miners in Brooke’s Point, Palawan to create a cooperative for a manufacturing facility for virgin coconut oil (VCO). She also created a chain of health and wellness stores in Metro Manila to help the cooperative retail its VCO products. 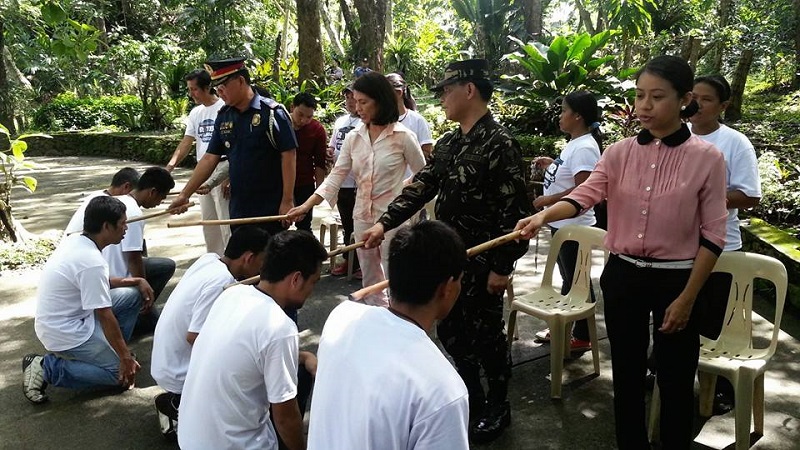 The knighting and oath of a Bantay Kalikasan Earth Warrior. 20. ‘I believe I can fly.’ “The future belongs to those who dream. This particular dream unfailingly and consistently not only inspires but gets people to work together because the dream is so inclusive that there is something for everyone to do. ABS-CBN Foundation and ABS-CBN, the biggest media conglomerate in the country, have the ability to spread the dream and widen our pockets of successes towards the spirit of hope. Pwede pala, kaya pala natin!”— Gina Lopez (Story/Photos by: Ema Trinidad)