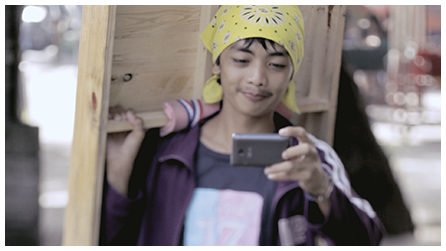 ABS-CBNmobile is a Kapamilya’s dream come true: a mobile service that not only allows them to connect with their nearest and dearest, but also brings them closer to their favorite stars.

The country’s newest telco heralds the coming of a “new age in Philippine media” as it also gives subscribers the freedom to watch their favorite programs at their chosen time and place, said ABS-CBN chairman Eugenio Lopez III (EL3).

“Today, it is a novelty in the Philippines. But sooner than we think, this will become the norm, like it is becoming the standard viewing practice in Japan and Korea,” EL3 said at the December commercial launch.

ABS-CBNmobile is a response to the current crop of audiences who don’t just want to watch TV but also want to participate, interact and make their own choices, affirmed ABS-CBN president and CEO Charo Santos-Concio. 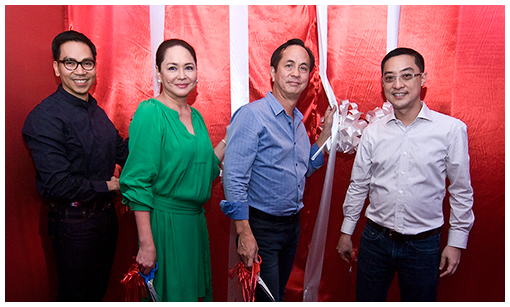 Nandy Villar, Charo Santos-Concio, Gabby Lopez and Carlo Katigbak cut the ribbon during the opening of the first ABS-CBNmobile store at the ABS-CBN Broadcast Center;“It is how our company moves into the new age of media. And we are optimistic about it because we have our content that affirms, and our stars with their authentic relationship with the audience,” she said.

Marking the commercial launch was the opening of ABSCBNmobile’s first store at the ELJ Communications Center in the ABS-CBN headquarters, where subscribers can purchase SIM cards, prepaid load and gadgets.

ABS-CBNmobile however was unofficially launched a month earlier, in Samar and Leyte.

The team had scrapped plans for a glitzy coming-out party; instead, EL3, Santos-Concio and ABS-CBN Convergence Inc. president Carlo Katigbak, with Sagip Kapamilya, flew to the Visayas to distribute SIM cards and mobile phones to the survivors of the super typhoon.

According to Villar, ABSCBNmobile will continue to distribute the balance of about 30,000 SIMs as part of the post-typhoon rehabilitation effort. 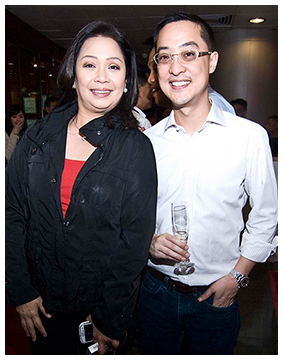 Broadcast head Cory Vidanes takes time to check out the festivitiesFor those on the hunt for the ABS-CBNmobile SIMs and load, these are available for sale nationwide in all primary prepaid outlets such as sarisari stores and telco tiangges. Postpaid services will also be launched within the year.

“The main thing is now people can enjoy watching their favorite ABS-CBN shows and follow ABS-CBN celebrities on their mobile phones through iWant TV and iWant Stars,” said Villar.

For the followers of popular Kapamilya teleseryes such as “Be Careful with My Heart” and “Got to Believe,” the iWant TV mobile app alone makes the P30 ABSCBNmobile SIM a very good deal.

Aside from ABS-CBN Channel 2, ANC, DZMM Teleradyo programs and “TV Patrol” regional editions, iWant TV comes with a mother lode of exclusive content, such as video highlights of the day from news and entertainment shows, “best of” episodes of classic ABS-CBN programs and music videos.

The iWant Stars app allows subscribers to receive updates, photos and videos from the artists themselves. Currently on iWant Stars are the network’s top draws, including Daniel Padilla, Kathryn Bernardo, Enchong Dee, Enrique Gil, Kim Chiu and Piolo Pascual, with the lineup to be beefed up with more Kapamilya artists soon, Villar said. 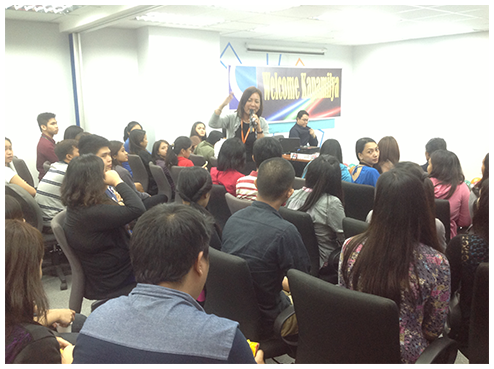 Employees learn, serve and enjoy the journeyMeanwhile, news, teleserye or celebrity junkies can opt for updates through the iWant TXT service. NewsTXT, SeryeTXT or CelebriTXT will be sent to the subscriber’s mobile for the presyong Kapamilya of only P1 a day.

Promo load for every mood

“Our promo loads, especially our internet load, are very affordable. They start at P15 a day or P20 a day and come with very good MB allocation,” noted Villar.

There’s an ABS-CBNmobile promo load for every type of user, for every need or mood.

A subscriber only has to convert his or her regular ABSCBNmobile load into any of the aforementioned special promo loads by texting the keyword to the 2135 short code.

The cheapest ABS-CBNmobile “unli” offering is the KUC 15 for one day.

“With our promo loads of as low as P15 to P20, it’s much easier for subscribers to control how they’re going to spend their mobile load. Our rate of P1 per MB is the cheapest on the market,” Villar shared.

He added that the rate for calls within ABS-CBNmobile is only P1 per minute, also is the lowest on the market.

The former McCann Worldgroup honcho, a Kapamilya network viewer even before he made the move to the company in 2012, observed that ABS-CBNmobile’s pricing is “consistent with the concept of being Kapamilya.” 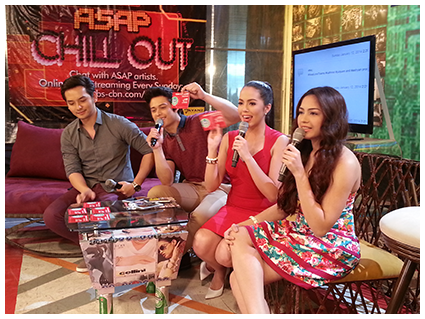 Enrique Gil and Julia Montes flash their ABS-CBNmobile SIMs on ‘ASAP’“If you’re Kapamilya and you’re calling people within the same circle, within the same network, it should be an easy and affordable proposition,” he said.

Subscribers can look forward to more exciting and exclusive products and content from the new telco.

“We will be introducing more content for iWant TV. And if you’re a SkyCable subscriber, you can also watch some of the SkyCable channels on ABSCBNmobile,” said Villar.

Thus far, the response to the newcomer has been very positive, even before last December’s commercial unveiling.

“We’re excited by the whole idea that we can potentially make a difference in the way people consume content, as they move out of calling and texting and use their mobile devices more for entertainment and news,” said Villar.