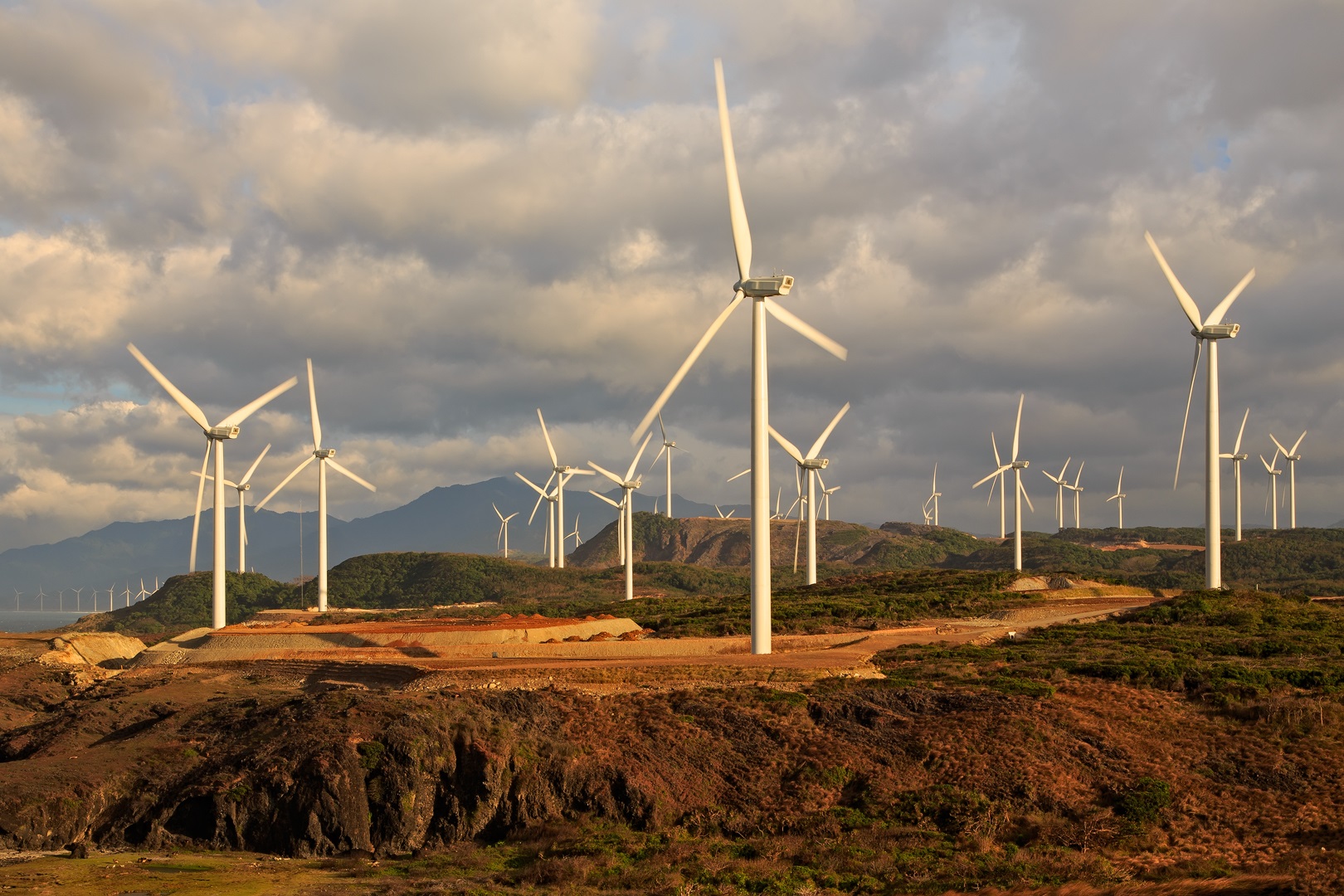 The race to harness the wind has been won!
Thanks to an intrepid team from the Lopez Group, kapamilya who visit the changed landscape of Ilocos Norte feel a twinge of pride when faced with the rows of shiny windmills spinning in the breeze.

In December 2008 the Philippines enacted Republic Act no. 9513 or the Renewable Energy Act of 2008 which seeks to attract players in its renewable energy sector. The law’s main goal was to reduce the country’s reliance on fossil fuel and encourage companies to develop renewable energy.

Five months after the law was passed, Energy Development Corporation (EDC) announced plans for a possible venture into renewable energy through the 86-megawatt Burgos Wind Project (BWP). From 2009 onwards, the company was in the thick of negotiations with contractors to put together the tender that will pave the way for the completion of its first wind farm project. 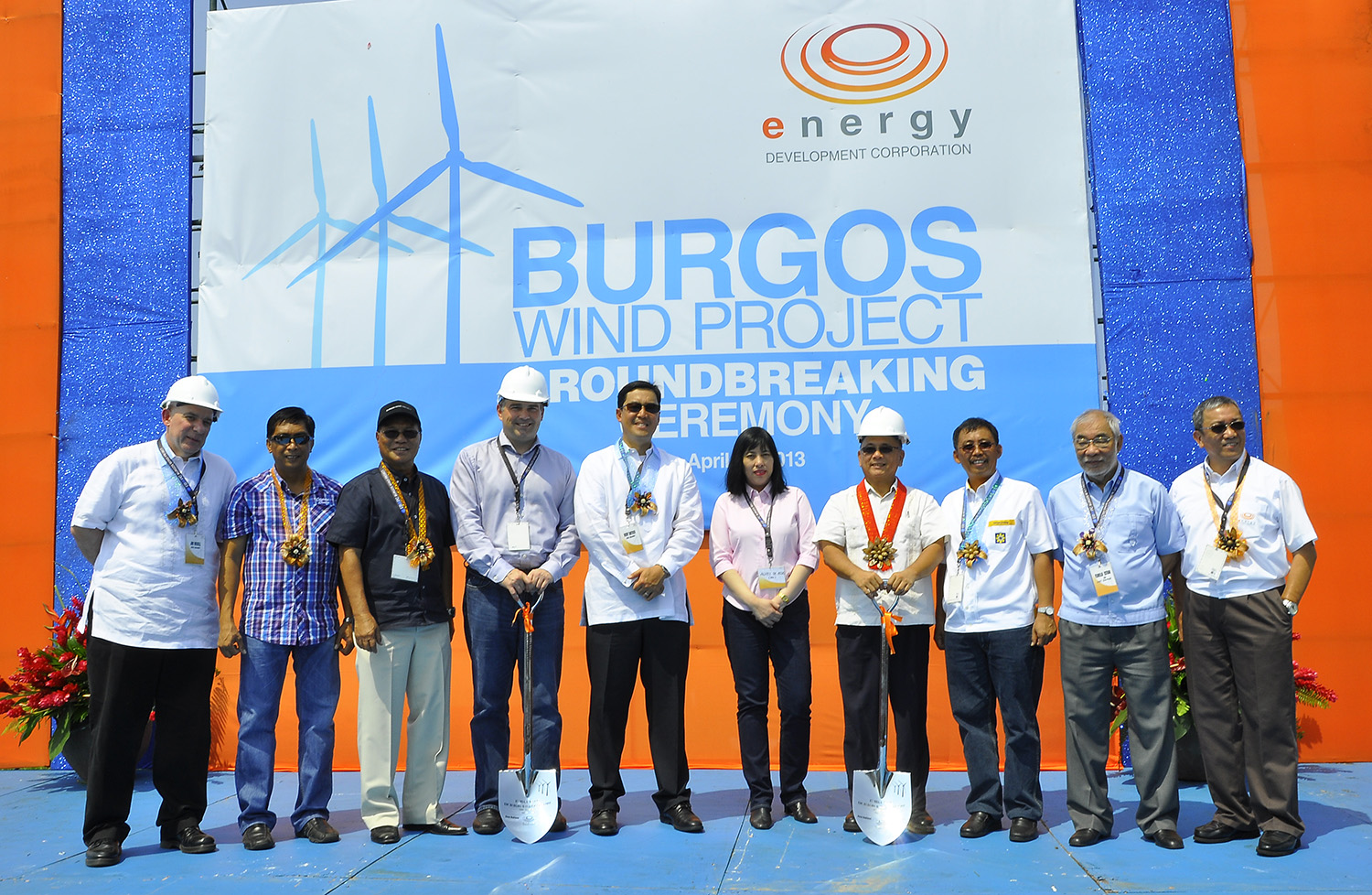 “We have long prepared for this project and we are determined to achieve commerciality at the soonest time possible so we can supply the Luzon grid with clean, sustainable energy,” said EDC chairman and chief executive officer Federico R. Lopez (FRL) had said.

The Burgos project had by then been in the pipeline for almost a decade, back when EDC was still a subsidiary of the government-owned Philippine National Oil Corporation. EDC became part of the Lopez Group in late 2007.

With Ilocos Norte, the windiest part of the Philippines, selected to be the site of the wind farm, the BWP project lead turned to Australia, at the time the only country in the region to have successfully undertaken a similar project.

“We looked for companies, especially law firms, that had experience advising on the development of projects in Australia and we tried to replicate that model,” says EDC director Jon Russell, the BWP project lead.

“For example, Ernie Pantangco was very active on the regulatory side, so with people like Al Santos. We also borrowed a lot of people from the right of way and acquisition teams of First Gen. That was critical because we had so many parcels of land that we had to get the rights of and to buy or lease,” says Russell. 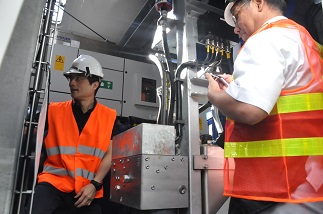 EDC chairman Federico R. LopezThere was also a more down-to-earth conundrum: how to put up the wind turbines in a country plagued by typhoons, where chances are high that the structures will be damaged even before the contractor manages to put all 50 wind turbines up.

In October 2014, EDC secured a $315-million loan from separate groups of foreign and local banks to fund the construction of the $450M wind farm; the financing facility consists of US-dollar and Philippine-peso tranches and will mature in 15 years.

In November, a month after securing the financing deal, EDC informed the Department of Energy that its wind project achieved successful commissioning. With this, the company added wind power to its portfolio of geothermal, hydro and natural gas facilities.

“We are happy to have met our target commissioning date, even a bit earlier than expected. This is a major achievement for us,” said Richard Tantoco, EDC president and chief operating officer.

The 150-MW BWP is physically connected to the grid and is delivering power to the transmission. Power from the wind project will contribute to the energy mix and address the projected power shortage this year.

The wind farm is expected to generate approximately 370 GWh annually and power 200,000 households. It will augment the Luzon grid’s dependable capacity which needs an additional 4,200MW in the next 10 years due to the projected 4.5% annual increase in electricity demand. 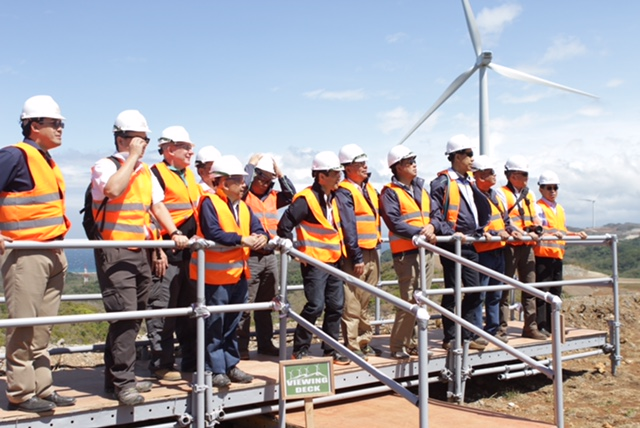 At the post-thanksgiving massThe BWP was completed ahead of its largest competitor, UPC/Ayala’s 81-MW wind project. It thus became the second project to become eligible for the feed-in tariff (FIT) granted by the national government after the 19-MW Northwind project.

This guarantees EDC a costbased computation of P8.53 fixed rate per kilowatt/hour. The FIT system aims to “accelerate the development of emerging renewable energy resources” by offering project owners a guarantee of payments for the amount of renewable electricity they produce, as well as access to the grid and long-term contracts.

The wind farm will also help mitigate climate change as it will displace around 200,000 tons of carbon emissions annually.

“The project is aligned with the long-term strategic direction of First Gen Corporation [parent company of EDC] to be the country’s leading diversified renewable energy firm. It is also congruent with our vision at First Philippine Holdings Corporation [parent company of First Gen] of uplifting lives by creating value in key industries and infrastructure that advance national development,” said FRL. 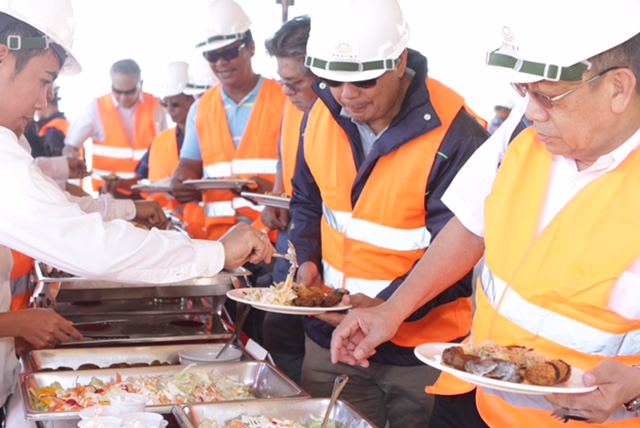 At the post-thanksgiving massRussell considers the Burgos wind farm a textbook project that is comparable, or even superior, to the Australian designs that it was modeled on.

“It’s corroborated by the fact that since we’ve finished the project and closed the financing we’ve now won about four awards. It’s a testament to the way it was put together—it’s a world-class project,” he says.

With the Burgos wind farm up and spinning and a triedand- tested template already in its arsenal, EDC’s succeeding wind projects will perhaps be a “breeze.”

“It was a race and we have taken the bold move to increase the project from 87MW to 150MW. When we took the position to expand, the question that was asked, reasonably, was, ‘Do we think we can beat the competition?’ The answer was ‘Yes, we think we can do it,’” Russell recalls.

“When we finally did it, it was a big relief because the stakes were quite high and I think we beat the competition by about a week. It’s also the result of six years’ work so it’s rewarding to see 50 turbines spinning in the breeze. It’s really a proud moment.” 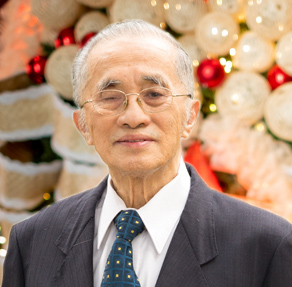